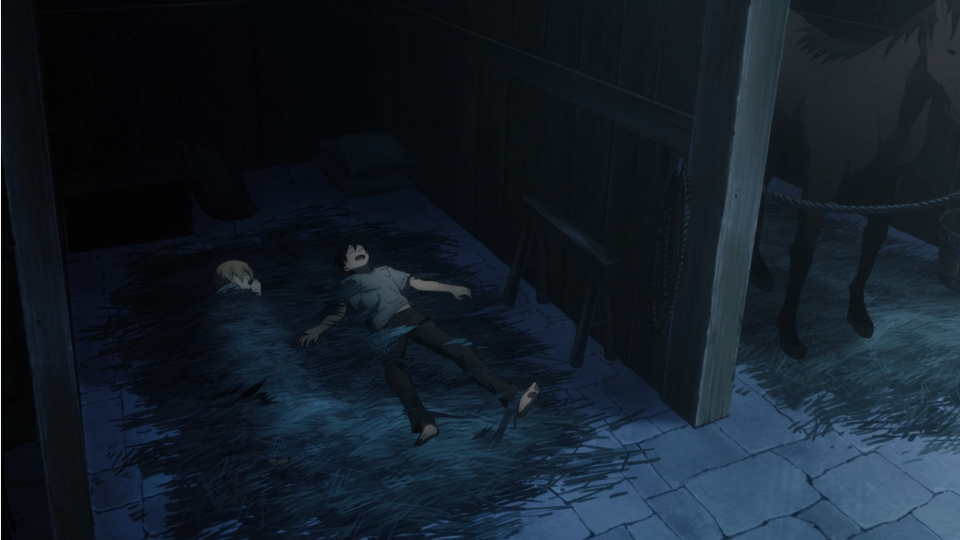 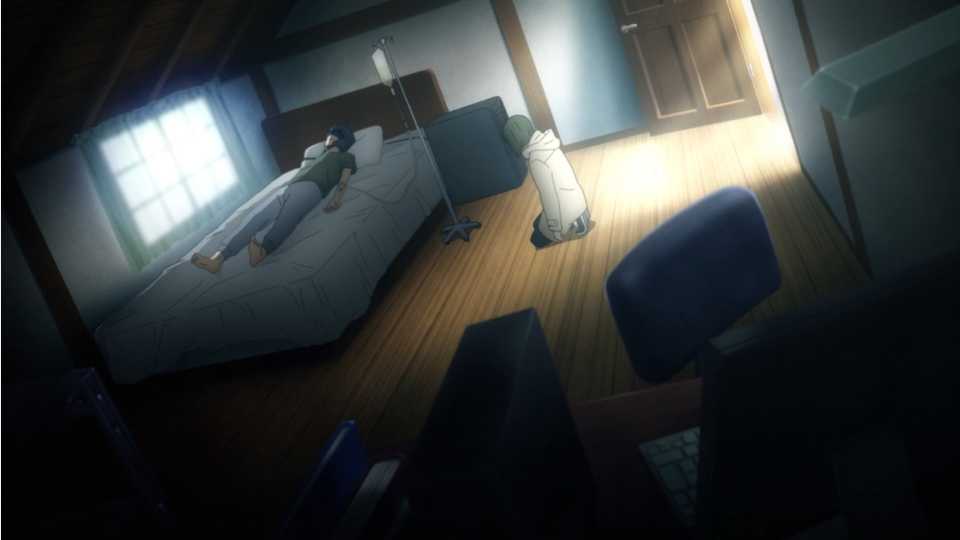 Sword Art Online episode 8 comes out tomorrow and so I’ll try to keep this post on point as I rush through it. Truth is we didn’t have the time to dedicate our usual group blogging post and so I’m writing this up to bridge the gap.

It seems that Kirito is undergoing therapy in Underworld. I’m not sure if I trust Kikuoka, but for the time being Asuna and has no choice. As an audience we have little reason to question it. He is stuck inside for healing purposes as best we can tell.

Much of episode 6 revolves around explaining the difference between a top down AI versus a bottom up AI. I’m not an expert on AI in the real world, but I can say I find the concept interesting. The terms top down AI and bottom up AI are not new to me. I’m curious to see where Alicization intends to take them. 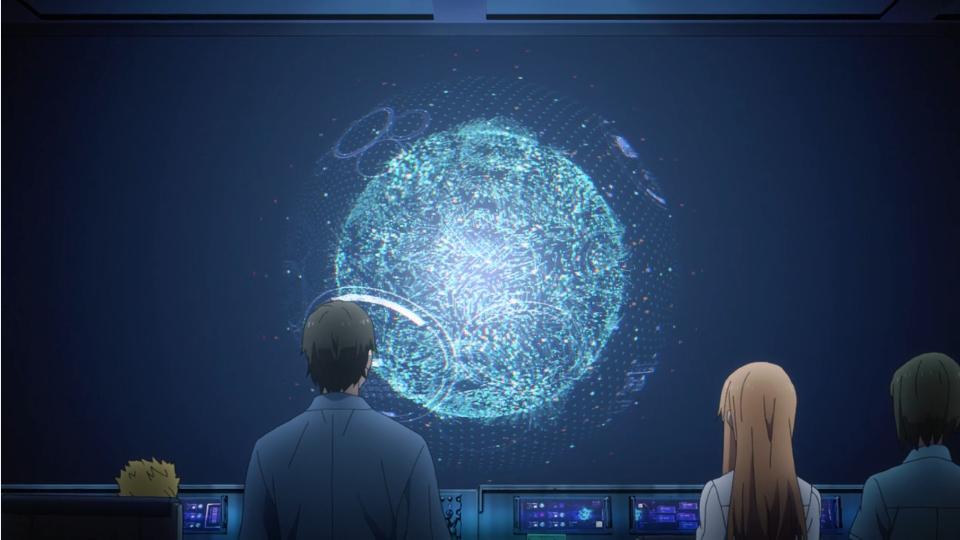 I suspect Kikuoka explained most of what we will need to know about AI to appreciate where the story is going. There are a few takes away that aren’t immediately obvious that I find worth pointing out.

Kikuoka said that they couldn’t copy the human soul of their staff in a successful way. Once the copy learns it’s a copy it breaks down. There is possible exception and we did get a quick hint at it in the episode. Kayaba Akihiko left his ghost behind on the internet or inside the seed that all modern VR games use as a base.

I’m not sure how exactly how internet ghosts work, but some part of Kayaba Akihiko is still around. His ghost probably knows about it’s own death. What that means for the story I have no idea. Kayaba Akihiko’s ghost may have even made a brief appearance toward the end of the episode. At this point it’s more of a tease than a fact.

The current dilemma for the JSDF is that their AI people are too perfect and have a hard time breaking rules. They need to be capable of breaking rules to think more like real people. Asuna asks if Kikuoka is looking to make AIs that can kill people. The application for how isn’t explained but I can make sense of the general process. 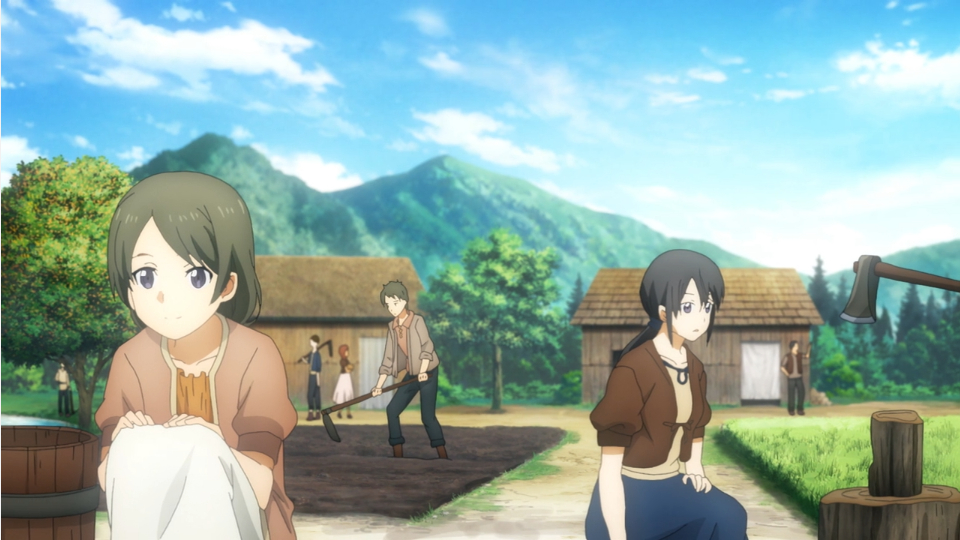 Kikuoka says early on in his explanation of Underworld that he is using it to make a general purpose AI. An AI that can’t understand why people break rules isn’t going to be very useful for law enforcement. A militant AI that can’t understand why someone is breaking rules isn’t going to be any good at combat. The big take away is that Kikuoka hopes to find combat application for the AI.

Overall the the pacing and world building of this episode make a lot of sense to me. If anyone has specific questions or points they are curious about feel free to comment and ask. I know it can be hard to find answers from someone who hasn’t read the light novels and won’t spoil the story.

My favorite part of the episode was Asuna’s counseling session with Koujiro Rinko. I could write a whole post on the moral dilemma in that scene, but for now I’ll say that it was a beautiful moment. It helps explain Asuna’s perspective. She can’t bring herself to hate Kayaba Akihiko because his sin was part of her fondest memories.

Episode 7 was… Well it was more world building at a breakneck pace. It seems like they skipped a whole tournament arc. As someone who hasn’t read the novels I’m not too bothered by it, but it does make the episode feel lackluster. Like it ran out of steam and deflated a minute into the episode. The animation quality even feels like it took a hit. 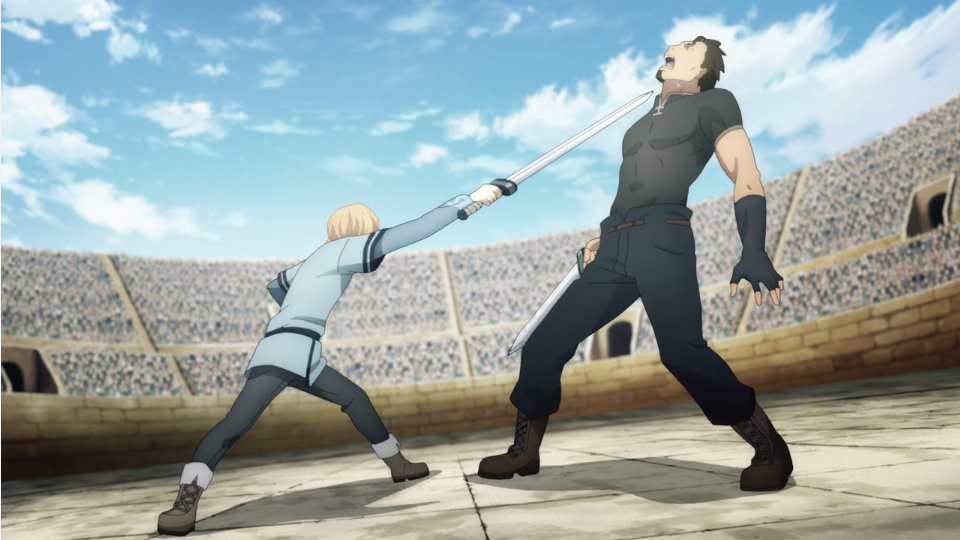 Most of this episode felt mechanical. Like it was going backward from point a to move us all to point b. The two big things caught my attention. Kirito’s new sword won’t allow him to use a 5 hit combo. Is that the system stopping him? Or his own cognitive function?

The other point of interest got mentioned in passing. Kirito said that this world can basically turn confidence into power. That allows someone to become stronger than their stats. His sword teacher senpai is one such example. Part of her excellence at combat is because she imagines it and believes in herself.

I’m curious to what degree imagination ends up a power source in Underworld. I suspect it isn’t part of the JSDF’s plan. They wouldn’t want AIs running simulations based off make believe. I’d think that has no purpose in real world military application. That makes me curious if this is something that’s always been a part of Kayaba Akihiko’s game design. Have we seen hints of it as early as Aincrad? Does he know something the JSDF doesn’t? That seems likely based off my quick speculation, but there is a lot we still don’t know.

Next episode is hyping up a duel between Kirito and some top ranking student. Lets hope we get to see this duel in all it’s animated glory. No more time skips please! At least, not so soon after the last one…