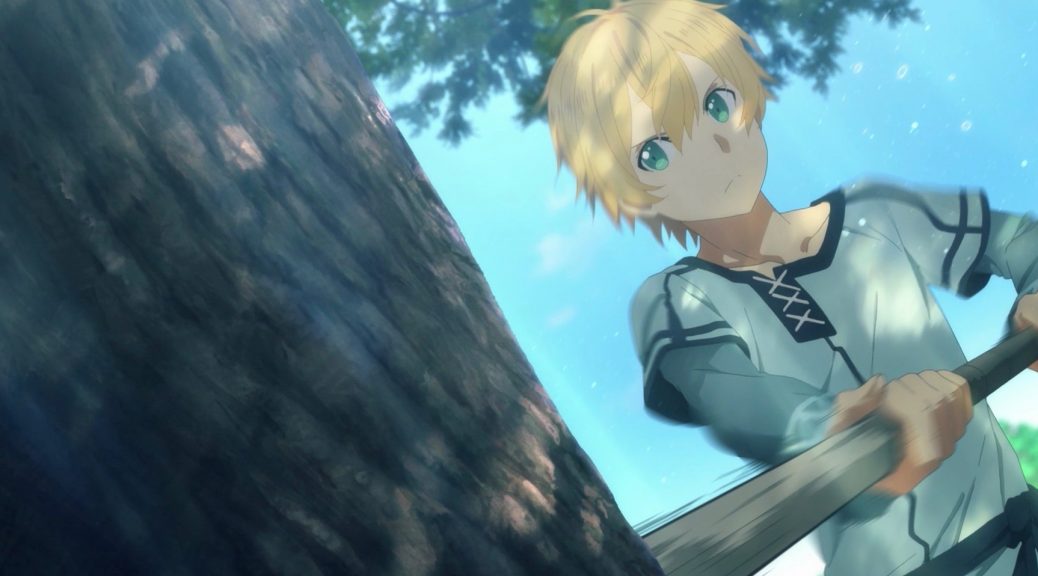 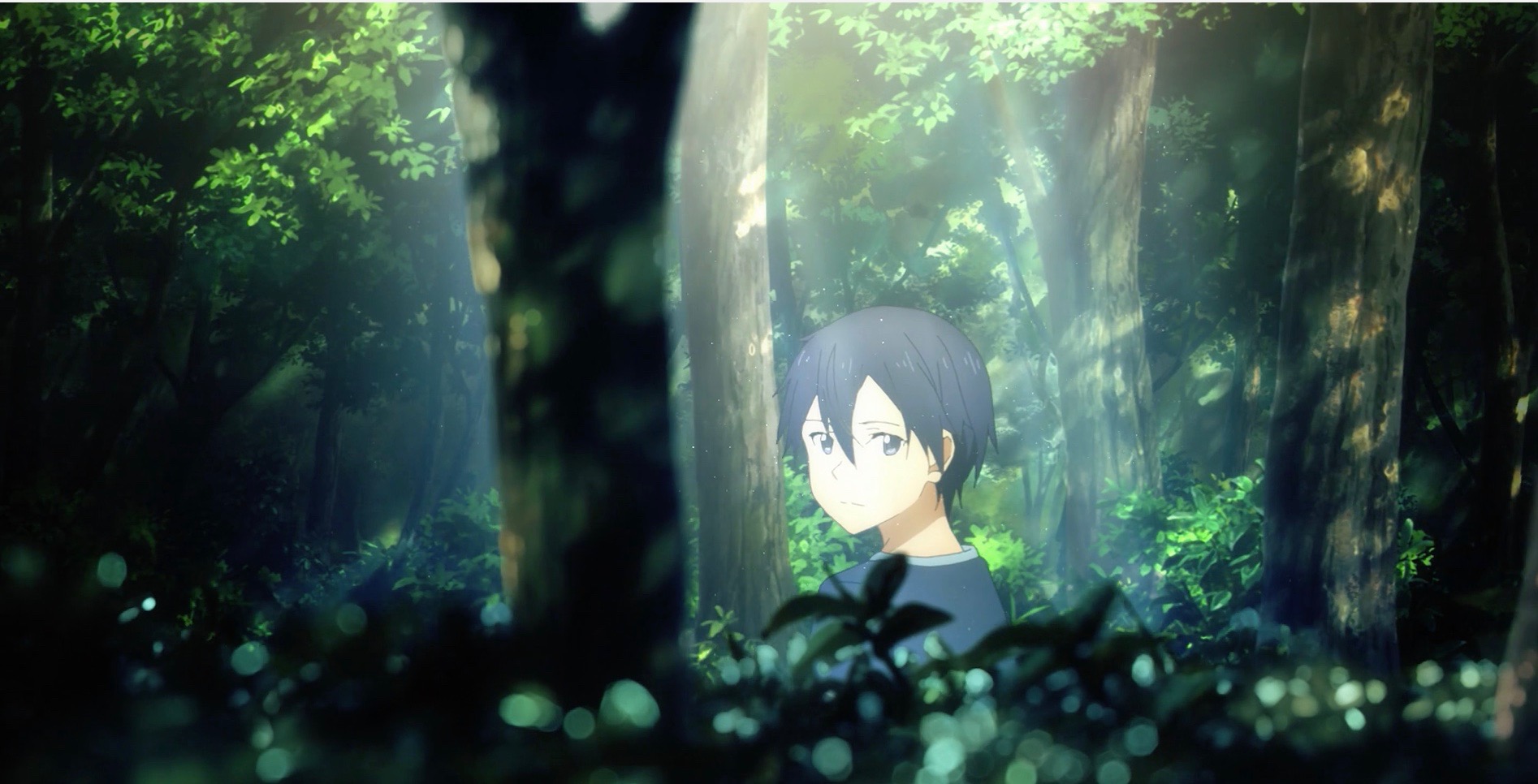 Kirito in Underworld works a lot better after hearing an explanation of the Fluctlight. I liked the flow of episode two; this place now has enough nuance to create a mysterious atmosphere. Kirito rediscovering it bit by bit was much more interesting than our introduction.

I found it interesting to note that Kirito can’t immediately spot the tell-tale signs of a digital world. You’d think he would know immediately based off the look and feel of it, but It takes seeing a digital menu to convince him that he’s in a virtual world. It isn’t hard to guess why someone might want to make a seemingly perfect virtual utopia like this. It makes the question of why they want to hide it from testers a more compelling mystery.

Connecting directly to the fluctlight in someone’s head gives digital worlds new options. The concept of transporting those light signals into a computer makes for good science fiction. Kirito’s theory that the NPCs in this world are too realistic is the clue. Imagine that as a company, you can offer a sort of digital afterlife. I’m sure that would find a market. The implications are fascinating. 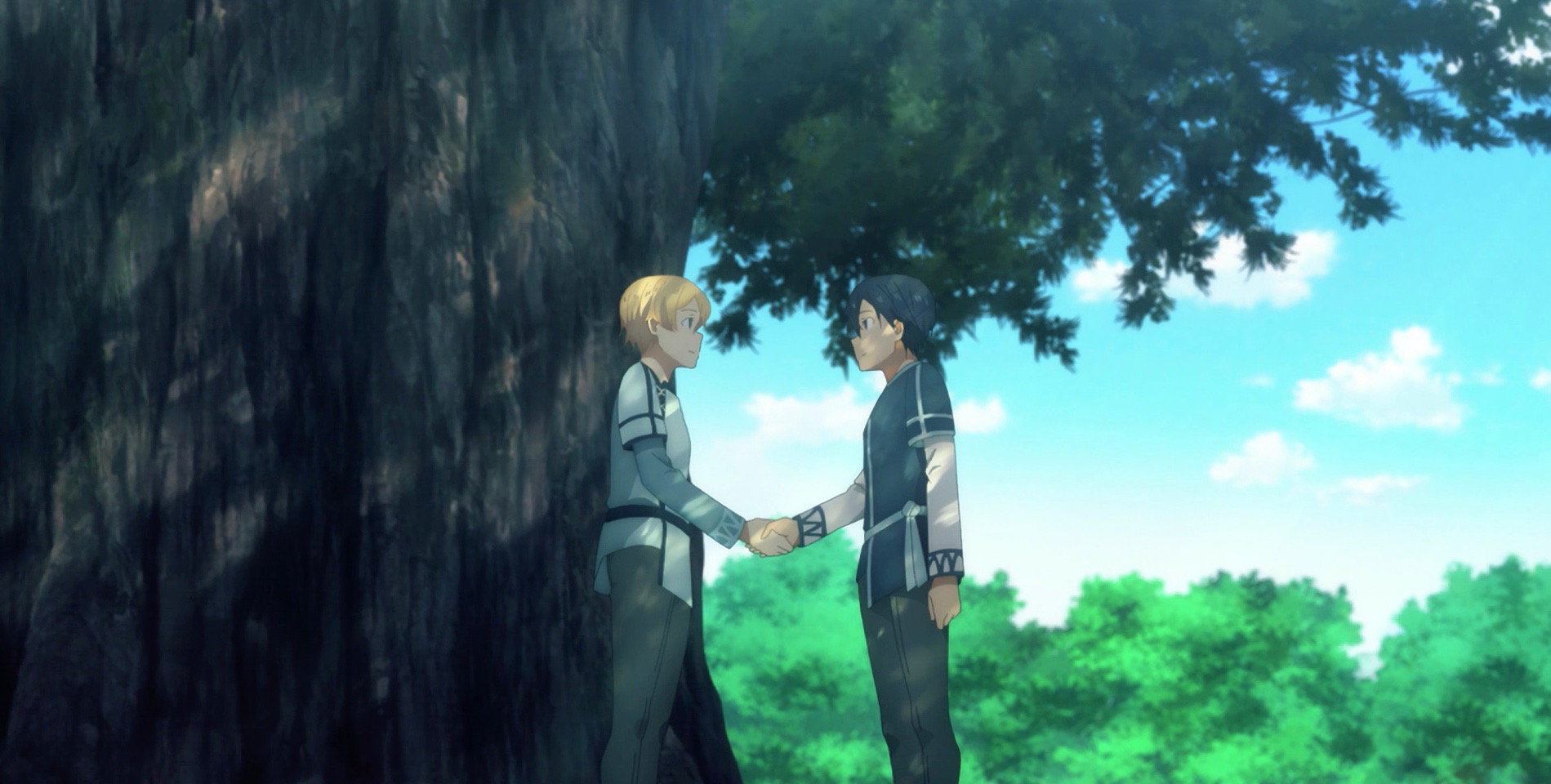 Time passes faster in the virtual world than it does in reality. That means increasing the experiences one person can have during their life. Not only can you experience life longer, but you can potentially live forever inside the machine. That’s speculation to some degree, but it seems to be the general direction this arc of Sword Art Online is taking. If the company that made Underworld can copy a human soul and then host it in a human world without a human body… That’s basically immortality.

One last thing I found worth commenting on is the way Kirito is able to use a sword skill from Aincrad. Perhaps the base for this world is similar, but I suspect it’s more than that. Fluctlight is someone’s soul, right? It contains their memories and personality from real life. Wouldn’t it also contain their memories from time spent in other digital worlds? It may be more than sword skills Kirito that can use in Underworld. How long will it be before Kirito is flying around with magical imp wings, cursing himself for never learning any magic in Alfheim Online? Or you know, never bothering to fire a gun in GGO? I’m sure he’ll figure out a way to cope, but the implications are fascinating to think about. 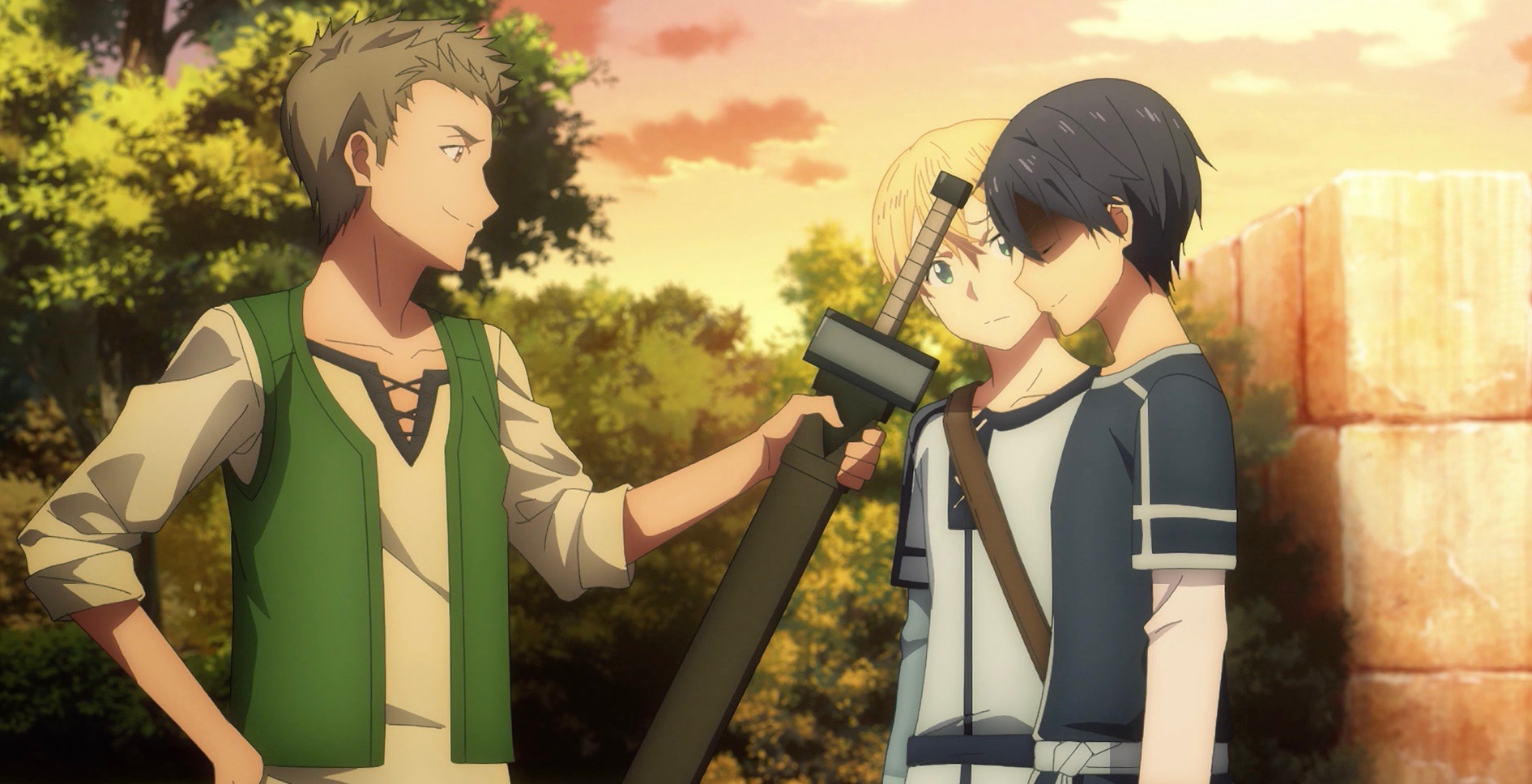 Though this arc is playing around with a lot of really interesting ideas, this episode was rather dull. Since Kirito doesn’t remember his original trip to Underworld, we’re stuck watching Kirito relearn all the things that we already know from Episode 1, which is a little frustrating. Watching Kirito put his deductive reasoning to work to figure out what’s going on keeps things from getting too boring, but I have to wonder if there wasn’t a better way to do this.

Speaking of boring, there’s poor Eugeo’s calling: hacking the same tree with an axe 2,000 times every day. I don’t know the significance of the Demon Tree to Underworld yet, but I took this as a commentary on the mind-numbing repetition of the kind of tasks you tend to take on in virtual worlds; daily quests you can repeat for years, killing the same monster over and over again in the hopes of snaring that .01% drop, and so on and so forth. One of the premises that the isekai genre is based on is “living in a world with video game mechanics would be hella fun”; here, we’re getting the opposite view.

And yet, Underworld isn’t supposed to be a game, as far as I can tell; there are no goals for the player. Yet it’s clearly based on games, and I would bet money it uses some of the same code from SAO, which is why Kirito’s sword skills seems to work in Underworld. It seems like Kayaba Akihito was the only one in the world who could program virtual reality worth a damn, so even years after the SAO incident, people are still ripping off his work. Kind of depressing, but certainly not unrealistic.

The most important thing we learn here is that Underworld is likely populated by Artificial Fluctlights– newborns that had their souls “cloned,” then raised from birth in this virtual environment. Huh. In Ordinal Scale, there’s some talk that the programmers have had enough with the “top-down” approach to AI; raising artificial souls from birth would definitely seem to be more of a bottom-up approach. It is a bit jarring that actual people are involved– I would have assumed that to make an Artificial Fluctlight, they would have just used algorithms or whatever to make a fake personality. Copying existing people’s personalities adds a whole ‘nother layer of ethical wtf-ery on top of everything.

I wonder about the role of the Church in this story. Unless the show does something really unexpected, wouldn’t the Church in Underworld be 100% right about everything? Their world really was created by a superior being (or beings), who watches over everything they do, and so on and so forth. Oddly, Kirito is a non-believer in the sense that he doesn’t have to believe; he knows. I’m kind of hoping that Kirito starts using prayer as a means to communicate with the developers, because I’m always interested when fiction explores inside-out religion; it’s one of my weird hang-ups.

Hopefully we’ve gotten all the (slightly painful) exposition out of the way and can move on to more exciting things now. There’s a lot of potential here, but it’s hard to be properly excited by it when most of the episode is taken up by two dudes talking under a tree.