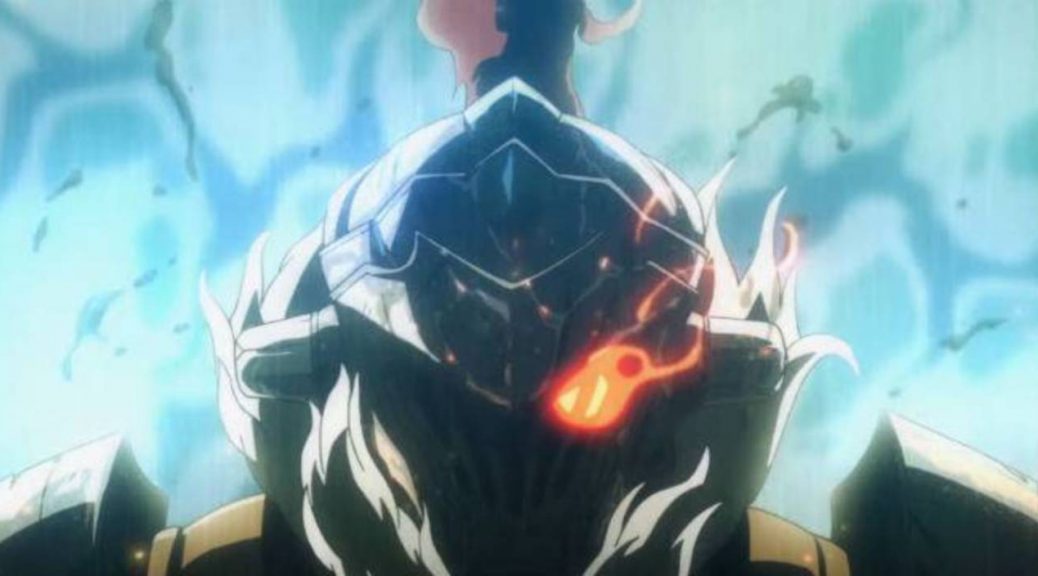 Lifesong warned me that there was going to be some really dark stuff at the beginning of this series, so I thought I was prepared for it. This is how I got through the first four seasons of Game of Thrones; I don’t like violence and gore, but if I know when the really bad parts are coming, I can emotionally steel myself, and then I’m generally okay. (In the case of GOT I had already read the books, so I knew where the gory parts were.) Unfortunately for me, even having a pretty good idea what to expect, I wasn’t really prepared for the level of violence on this show; after the fact, I kind of wish I hadn’t watched it.

That’s on me though. There’s a reason I haven’t watched Berserk, despite the praise it gets. There’s a reason why, even though I watched all of Claymore, I kind of wish that I hadn’t. It’s not Goblin Slayer‘s fault that I suddenly decided that I must have become less sensitive this stuff than I actually am.

Violence aside, there are some interesting ideas here. I like the fact that the scenario the show opens with is like a bog-standard JRPG opening: a party plans to go to a minor dungeon, fight some small monsters, get some coin, rinse and repeat. I think we’ve gotten so used to this scenario in both anime and games, that we forget that this still involves fighting monsters who are trying hard to kill you. Goblin Slayer is like a reminder that “Hey, you know all those games you play where you feel badass for beating up on Level 1 monsters? If those games had any realism at all, you would be dead the moment you made a mistake– because the monsters would fight back.” Maybe it’s not so bad to be reminded of that; that the fantasy media so many of us enjoy tends to lie to us about that, constantly.

I also appreciate the fact that the main character is a healer with limited abilities, as opposed to the standard fighter/ninja-type main character. Granted, by the end of the series she’ll probably get some kind of super-holy mega spell that immolates dozens of monsters at once, but for now, she’s extremely vulnerable. Considering the fact that the goblins prey on young women in particular, choosing to continue adventuring after learning about the danger she faces seems courageous almost to the point of insanity. What happened to her to make her so determined? Was she just born with a will of iron, or is there something in her backstory that was even more scary to her than a pack of murderous goblins?

As far as the sexual violence is concerned, I’m not sure what to think. I think the important question in situations like this is “do they show the horror of sexual violence without eroticizing it?” but even that question is more complex than it seems. You would think simply implying that sexual violence is going on without actually showing it is the least dangerous course, but in some respects that might be worse; because if you don’t show some aspect of the sexual part of sexual violence, then you’re glossing over what makes it so horrible. Is it worth sanitizing the sexual element of the violence, in order to prevent it from reading as erotic to some viewers, even at the risk of minimizing it? I don’t think there are any good answers to that question, and I’m suspicious of anyone who claims to have a simple answer.

Considering the fact that this show is just too dark to be in my wheelhouse, you’d think I’d drop it like a hot potato…but I’m not certain. At least if I watch it, I’ll get to see the party kill a lot of evil goblins; if I don’t watch, then in the back of my mind I’ll always be wondering what kinds of horrible stuff is going on in this world that I just can’t face. This is what happened with Claymore, by the way; I really wasn’t comfortable with the subject matter, but at some point, it felt like if I tried to drop it, I was just going to have nightmares wondering about what horrible things were happening in it, as opposed to just biting the bullet and getting it over with. That way, at least I got proper closure.

So…do I recommend this show? I don’t think I want to go on record as recommending it. However, if I’m engaged enough in the world that I still plan on watching it, isn’t that a form of approval? Perhaps more significant than saying “I like this/didn’t like this,”? I have no idea; I’m still trying to figure out how I feel. Ask me again in January how I feel about this series and I’ll probably have a better idea– assuming I’m not just hiding in a little ball in the corner at that point, whimpering to myself that I should have stopped this anime habit back in the Sailor Moon days.

Goblin Slayer wastes no time showing us exactly how nasty goblins are. Kidnapping, rape and poison are just a few of their tricks.

I read the first chapter of the manga back when YenPress first picked it up, so I knew what I was getting into. To the anime’s credit, it does give several big hints that our band of adventurers aren’t prepared. The manga was far more shocking. Even knowing how the manga plays out, this first episode was hard to watch.

Goblins are nasty and goblin slaying is nasty. This first episode did a flawless job of selling both of those aspects. When asked the question “But what if there’s a good goblin?”,  the Goblin Slayer responds by saying they’ve already failed the alignment test when they leave their hole.

Goblin Slayer is the type of anime to draw a lot of attention from people who wish it didn’t exist. If you are in the “disturbing things shouldn’t be on TV” camp, then you aren’t going to like Goblin Slayer.

The story is well told. The storytelling attempts something brutal, and nails the delivery. Say what you like about the content, but it is compelling. I’m both curious and horrified to think about what other nasty things goblins get up to.

The justification given for wiping out goblins is hard to argue with. Where this anime excels is in making sure you want the Goblin Slayer to continue his job; That’s successful storytelling in my book. Even if you come away feeling too squeamish to watch more, the story accomplished its goals. Goblins are a nasty blight, and they need to go.