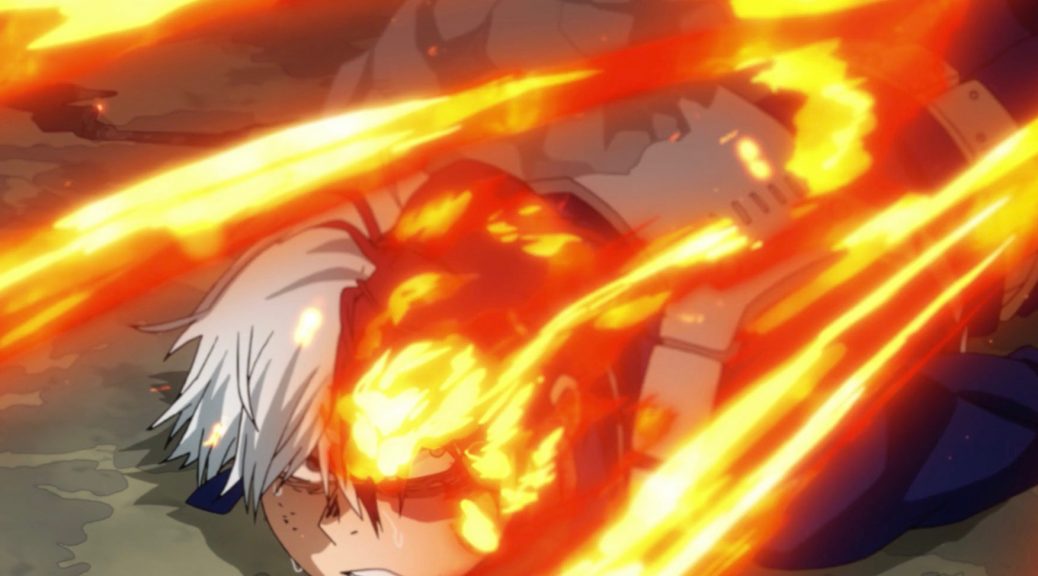 The final round of the exam is well underway, as Gang Orca makes his move. This episode does a couple of different things, and the first one it does properly is examining the thought process of the actual exam committee. You’d think watching something like “a board room meeting for the testing committee” would be dull, and it’s literally just a bunch of suits sitting around talking about balls, but we do learn what the committee is aiming to build.

All Might, societal pillar and symbol is no more, and despite being made of fire, Endeavor cannot hold a candle to him. So rather than rely on one dominant hero like in the past, the committee hopes to create a small army of competent heroes who work together well and can make up for their lack of overwhelming strength through teamwork. Interesting, and practical. 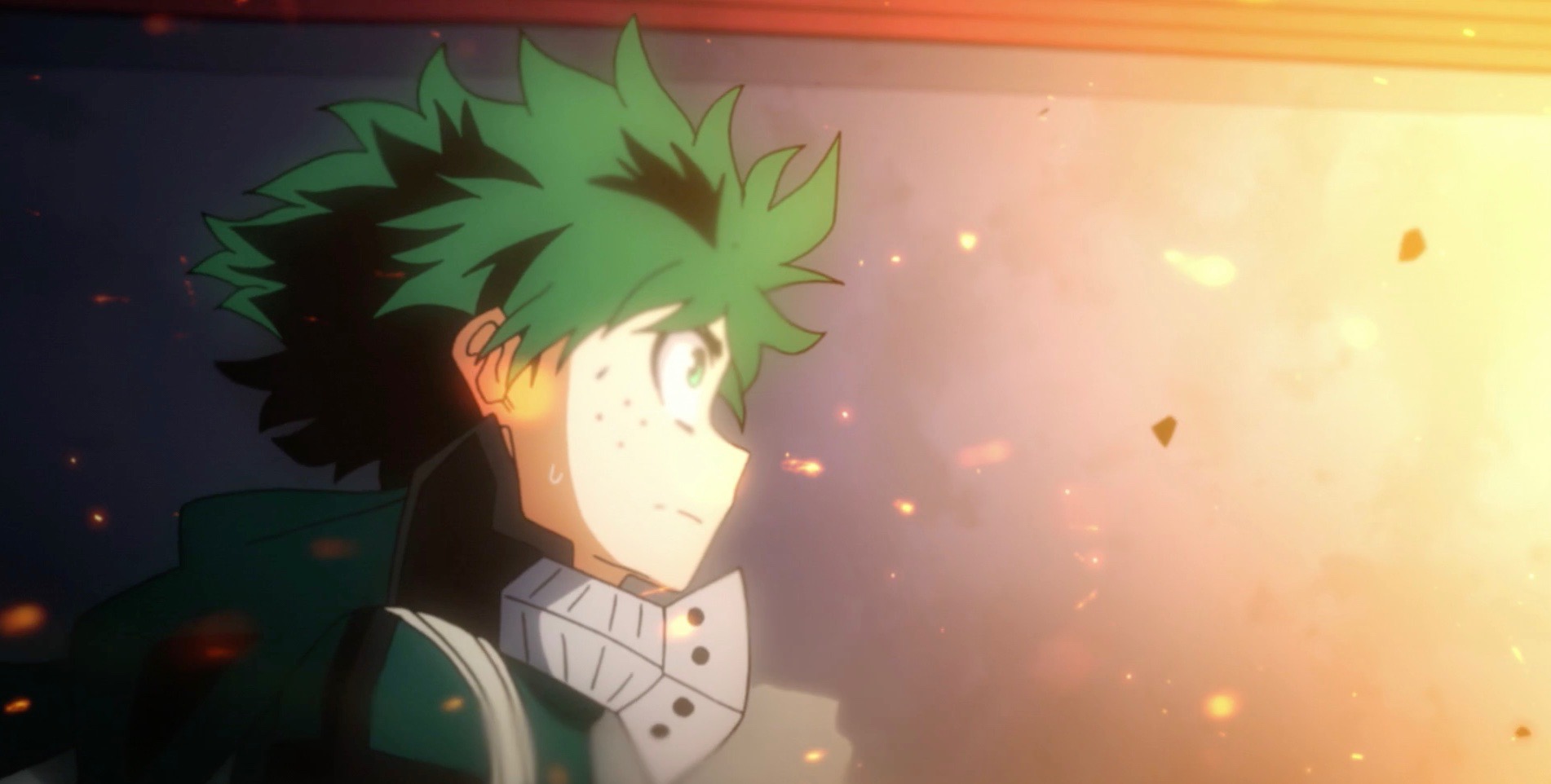 We also see how the kids are graded, each starting with a total of 100 points and gradually decreasing with every error made.  All the while, students are trying to take the (mock) injured civilians away while simultaneously holding off Gang Orca, and he’s a pretty badass whale! The scary looking Orca-in-a-suit takes Yo Shindo out in one hit, so Todoroki and Inasa face off against him, while the others rush Yo Shindo to safety. Now Inasa and Todoroki seem like a great combination: two of the strongest offensive players against someone like Gang Orca, right?

As it turns out,  not so much.

Both are more than a little hot-headed, and can’t resist fighting one another in the face of a dangerous villain. Todoroki’s fire and ice attacks keep getting blown aside by Inasa’s winds (they effectively cancel each other out) so Orca’s henchmen are able to take them apart. As the two keep foolishly clashing with each other, Inasa reveals his prejudice: he thinks that Endeavor is a shitty guy who’s arrogant and angry, the opposite of a proper hero. When Inasa first saw his rival at the entrance exam, Todoroki reminded him strongly of Dear Old Dad, and it was pretty much hate at first sight. They’re infighting gets so ridiculous that finally, Deku yells at them to snap out of it.

Despite all their talent, the two are being held back by personal vendettas: Inasa’s festering grudge against Todoroki, and Todoriki’s issues with his own father, Endeavor. Fortunately, the two of them are smart enough to realize their error before they’re completely incapacitated, and manage to pull off a fantastic tag-team Fire/Wind attack to trap Orca. Amusingly, since Orca is basically a whale in a suit, he’s vulnerable to drying out, so being caught in a fiery vortex is a really bad situation for him; even more amusing, his solution to this problem is to just dump some water over his head. How much water is even in that bottle? Is it enough to keep an adult whale hydrated? The mind boggles.

All the while, the other students are finishing the evacuations, and some of the students (including Deku) head back to Gang Orca to serve as reinforcements for Inasa and Todoroki. We even get to see Tsuyu fight, and she has a nifty new camouflage technique! It’s a nice upgrade for our favorite frog girl. Unfortunately for fans of hot-blooded action, before Deku can really lay into Gang Orca, the exam ends in mid-battle. Everyone lines up, awaiting the results, praying that they passed. The results of the test will be revealed…. 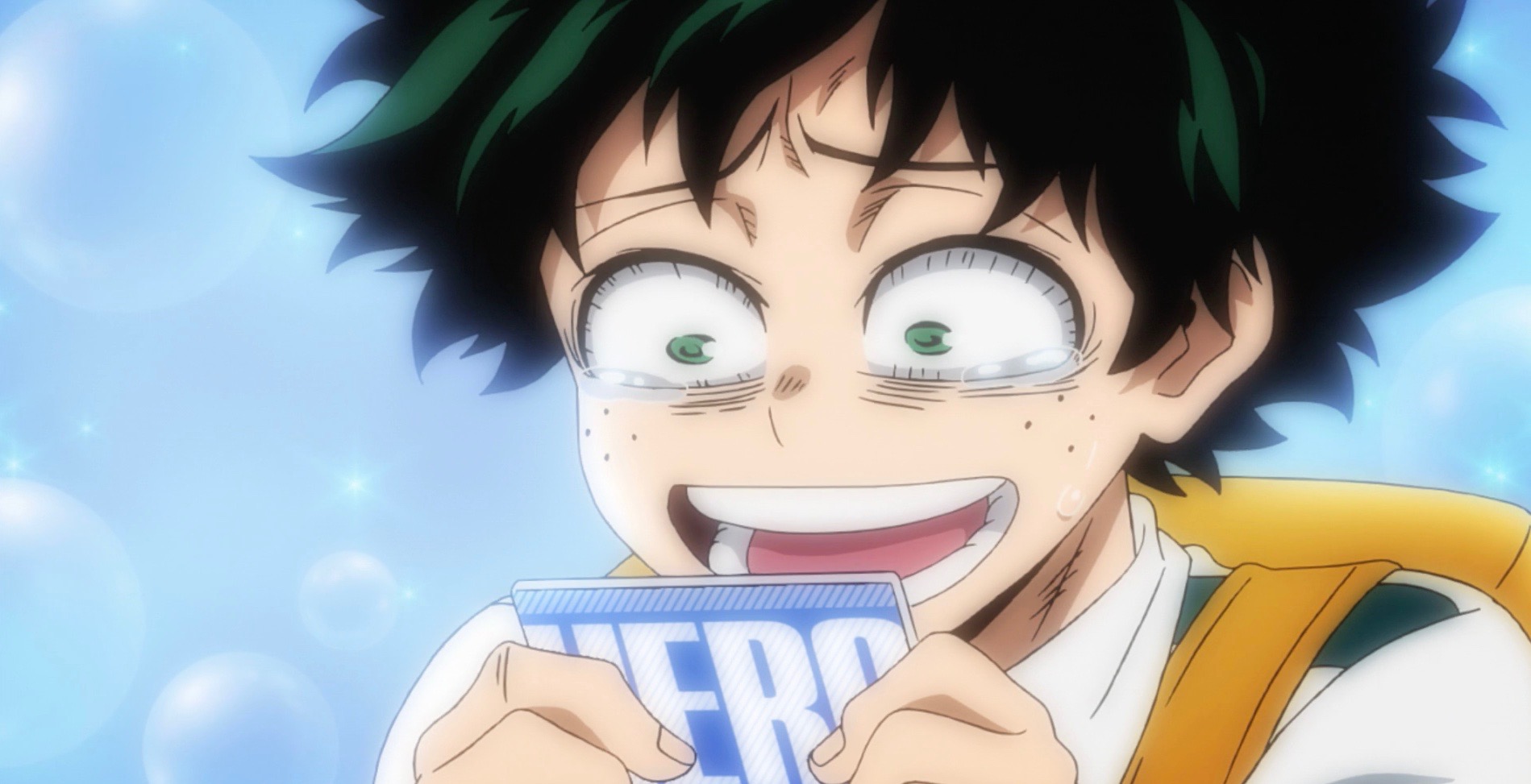 …Right now! Pretty much everyone from Class 1-A succeeded in passing with the notable exceptions of two heavy hitters: Todoroki, and Bakugo. Todoroki clearly failed because of the huge stunt he pulled while fighting Inasa, and Bakugo probably failed for yelling at all the people he was saving. It’s interesting seeing some of the oddballs make it through (particularly Mineta and Hagakure), but it is what it is; sometimes, the people who pass any test are not the most talented or the most worthy. However, Deku and Tsuyu passed, so do we really care?

Fortunately for our underperforming prodigies, anyone that failed in the second round (which includes Bakugo and Todoroki) will have the opportunity to take a special course and then re-take the exam in three months. So Bakugo, Todoroki and Inasa can still obtain their licenses and become proper provisional heroes, but their out-of-control egos roped them into doing a lot of extra work.

It’s a big moment to see Deku and his classmates gain their licenses; they really have come so far, and we’re not even up to three-digit episode numbers yet. [Editor’s Note: Take THAT, frickin’ Naruto!] Meanwhile, Inasa apologizes to Todoroki while still admitting that he  doesn’t like him. The boy’s honest to a fault, but hey, there’s something to be said for being able to speak your mind…hopefully speaking his mind doesn’t usually involve going up to random people and shouting at them that he hates them, otherwise he’s going to be pretty unpopular on campus.

We then get a huge reveal about Camie, who apparently isn’t Camie in the first place. Himoko Toga, who has the ability to transform into someone by digesting their blood, has been posing as Camie. The real Camie’s fate is left up in the air, but we do find out that Himoko has snagged some of Izuku’s blood as well; that can’t be good news for anyone. Her shapeshifting ability is really menacing, and creates a huge amount of possible ways for the villains to screw with our heroes.

All Might, despite no longer having a muscle form, decides to visit with an old “enemy” of his by having a chat with All For One in prison. The discussion establishes how scary and smart AFO really is, and the imminent threat of his successor. Even in solitary confinement, behind glass, with gun turrets trained on him, AFO still does a great job of picking All Might’s brain and pushing his buttons. Nothing like a bit of good ol’ psychological analysis to show that a defeated foe is still a force to be reckoned with. The fact that AFO plans to pass his legacy onto Shigaraki shows that while Deku is growing and evolving as a hero, Tomura will rise as a great villain soon as well. Will Deku be ready in time? Well, probably yes, otherwise there would be no show, but you know what I mean. 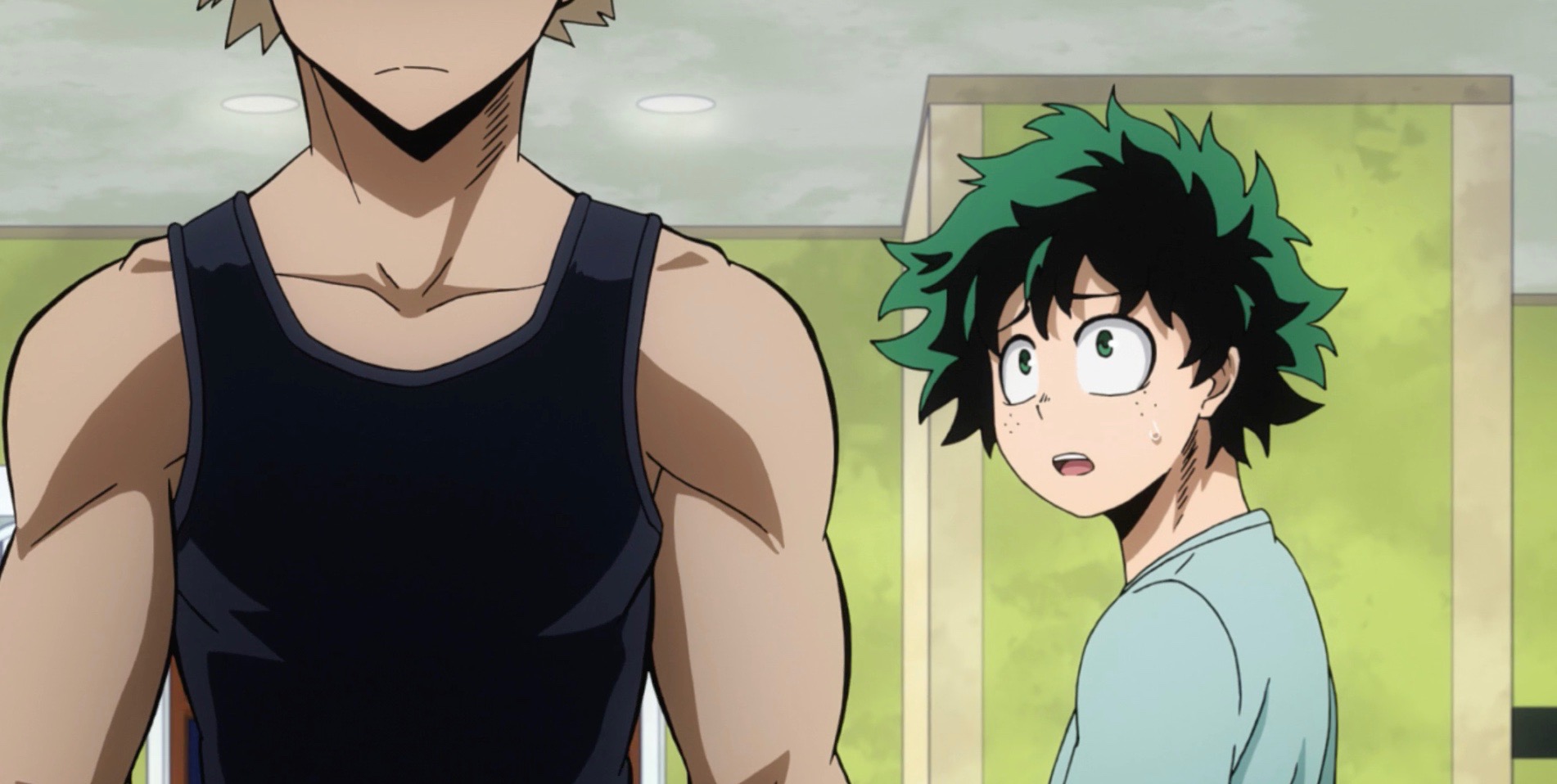 Probably the biggest revelation of this entire episode (outside the fact that Tenya Ida sleeps with a giant cartoony snot bubble) is the fact that Bakugo now knows that Deku’s quirk was given to him by All Might. When he confronts Deku about this and explains how he deduced this information, Bakguo shows that while he can be thick-headed and temperamental, he’s actually quite intelligent, and observant of his surroundings. It’s a great scene leading up to the two of them settling their conflicted feelings in the way they are contractually bound to do in shonen anime: beating the ever-loving snot out of each other to get their feelings out. Okay, so maybe it’s not the most original direction the world, but it feels earned, and we have a great battle to look forward to next episode.