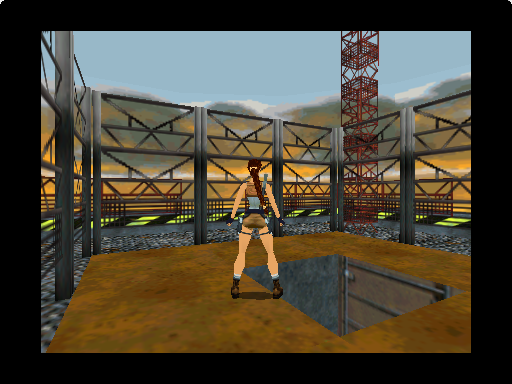 Lara starts off the next major chunk of Tomb Raider II without her weapons, yet mysteriously unharmed. Given that Bartoli is really not a very nice guy, one has to wonder why he lets Lara live. Yes, I know if he didn’t, there would be no game, but let’s try to use in-game logic here: Why didn’t he just kill her while she was unconscious?  She’s already killed about 80 of his henchman (and maybe 30 of his dogs), so you’d think he’d want some revenge.

My guess is that he was planning to wait until he was a dragon and then kill her with his fire breath, because that would be a nice, theatrical use of his new powers. Either that, or the Fiamma Nera payroll was starting to get a bit unmanageable, and Lara actually did him a service by weeding out under-performing cultists. Maybe he was thinking of offering a her a job as his body guard, which would be the smartest thing he could do, but Lara busts out of her cell before the B-man can broker a truce, and now we’ll never know.

And So My Troubles Begin 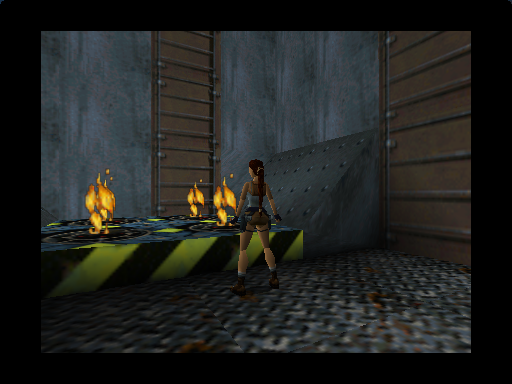 This burner trap looks really threatening at first, but the solution is incredibly simple and kind of lame.

I really don’t like this level set in general. It has it’s moments, but in general it feels like your regular Tomb Raider session has been interrupted by Metal Gear Solid. You would think putting TR and MGS together would lead to good gameplay, but alas, no. It’s the sterile, industrial environments of MGS without the stealth and intrigue of that series, and the occasional plodding tedium of TR without any of the grandeur and atmospheric magic. Things do pick up a bit once we get to the sunken ocean liner, but we’re not there yet.

And argh, the color-coded keycards. Any Tomb Raider level that has Lara collecting key cards instead of ornate keys or ancient sculptures is automatically suspect.

I tried to enjoy this level, really I did, but it’s full of so many things that are just a pain. In theory, it’s clever that you need to manipulate your armed opponents into shooting out the windows for you so you can progress in the level, but in practice, you’re standing there, waiting to be shot, then getting shot. Not fun.

And getting sucked into the underwater fan about 20 times before you realize you have no need to go over there, ever; not fun.

And climbing lots of ladders. Not fun.

And getting shot by frogmen with harpoons, only to pull up on dry land and nail those froggy bastards with your pistols…okay, I admit, that part is a little fun. The point still stands. 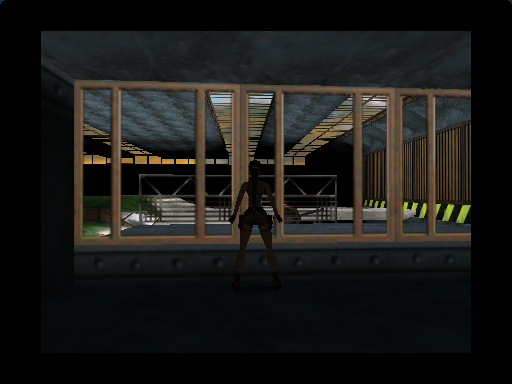 Please sir, can I have the windows shot out? I would be so very grateful!

The Rig that Never Ends

This level isn’t very large at all compared to some of the ones we get later in the game, but it just feels too long. I think after Opera House, I wanted a quick, refreshing little level to get me used to the new environs while I recollected my arsenal of weapons. Instead, by the time you get to the giant, water-filled room with tons of precarious cat walks, it’s like “you’ve got to be kidding me.”

I’m tempted to chalk it up to pacing, except I don’t really understand pacing very well. People will talk about “pacing issues” in books or film, and I’m often not sure I know quite what they mean. Everyone has a different intuitive sense of how things should be paced, so calling something “poor pacing,” as if that’s the kind of thing that can be quantitatively measured, just seems kind of iffy to me. That said, I wonder if my overall dislike of this level can be summed up as poor pacing; there are parts of it I like, but those parts tend to be incredibly short. 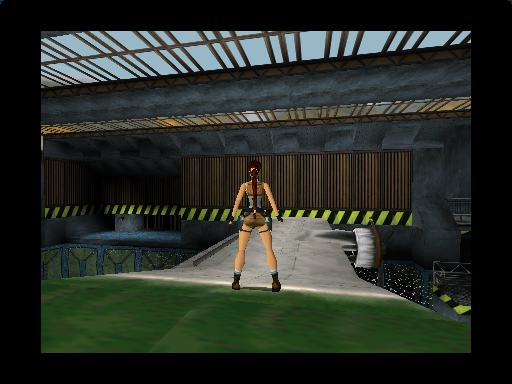 Running on top of the seaplane is cool. It’s a shame there isn’t more to do here.

I made things worse for myself by missing the exit of the water room, so I ended up navigating the catwalks about 3-4 times, completely; that’s not the game’s fault, and should probably be chalked up to me being dense sometimes. But still, it happened, and it’s partially Offshore Rig’s fault. 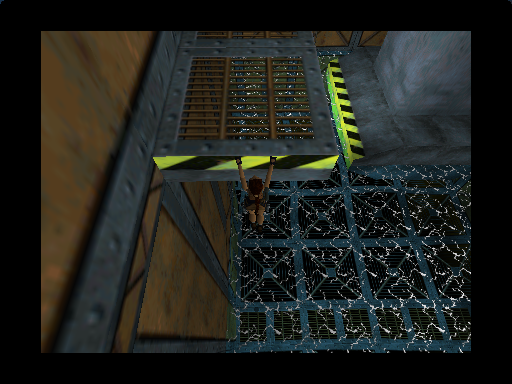 I hate this room. Granted, it’s nice of them to put a pool of water under you so Lara doesn’t die when you fall, but in some ways that just prolongs the agony. 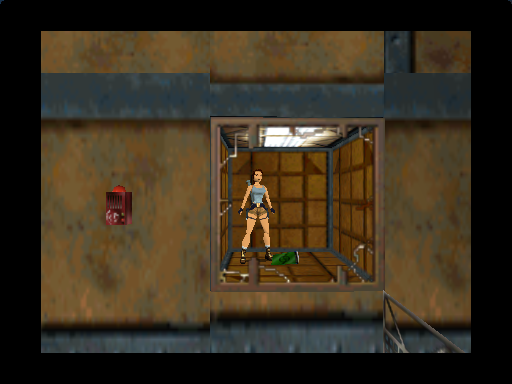 Just when you think you never have to hear that stupid alarm again, you pick up this keycard and it goes off all over again. Goddammit.

At least the combat isn’t too bad. There are a lot of foes that you can take out from afar with your little plinky-plink guns, and I appreciate that sort of thing. No matter the level, conserving ammo for my big guns makes my stingy heart proud. 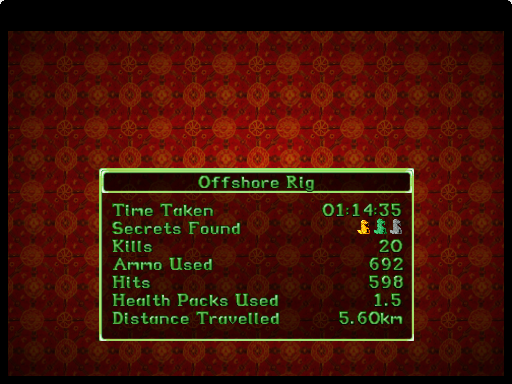 Yeah, I took a long time on this level. I spent a stupid amount of time playing with the underwater switch that leads to the Jade Dragon thinking it was critical to my progression or something (it’s not).

Best: Jumping around on the plane en route to get your pistols, then experiencing the euphoria of being armed again once you find them. I swear, you can almost hear a chorus of angels singing.

Worst: Uh, everything else? If I have to pick, I guess navigating the catwalks above the huge, water-filled room. It’s a good idea, but it just goes on way too darn long. Add in the fact that you end up traversing it a lot looking for the exit to the room, and it’s just annoying.

Rating: 1 out of 5 Uzi Clips. You’re supposed to start out hating this level, then feel awesome once you get your pistols back; unfortunately, the pistols only make me happy for about two minutes, and then I go back to hating the entire level. I’m sorry, Offshore Rig fans.

Next: Diving Area. Just give me my goddamned wetsuit already and let’s get this over with.