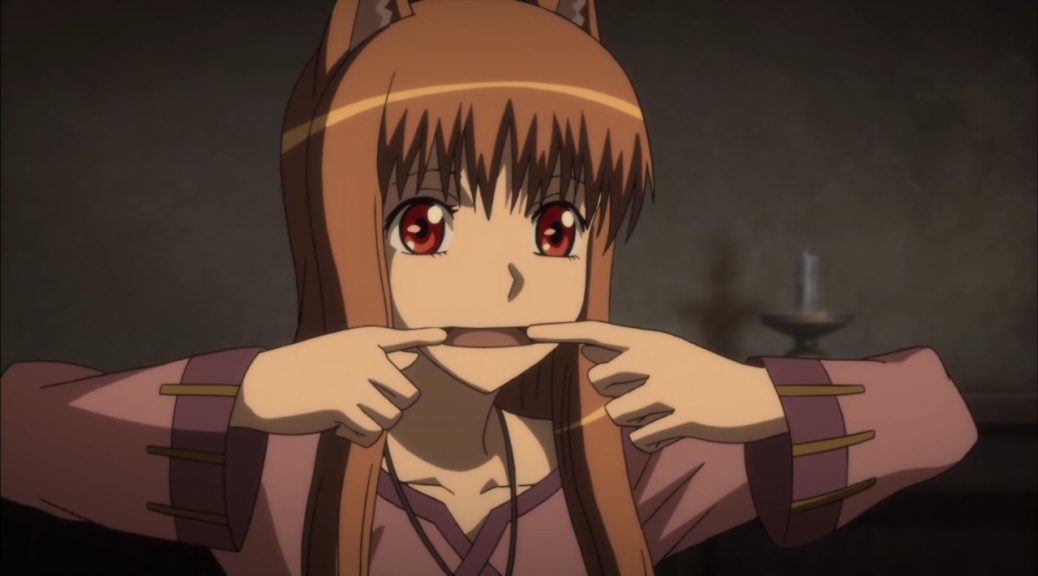 Earlier today, the official Twitter account for the hit series Spice and Wolf announced that Holo and the crew are headed to the virtual world starting next year.

In the announcement, it was revealed that the next saga in the Spice and Wolf series will be a virtual reality anime. There aren’t a ton of details as of yet. We do know that common headsets such as VIVE and Rift will be supported, among others.

We also know that the original series author Isuna Hasekura will be involved along with the anime voice actors Jun Fukuyama (Kraft Lawrence) and Ami Koshimizu (Holo).

You’ll note that this isn’t the first time that the Spice and Wolf team have delved into virtual reality. Not too long ago (this year in fact), they released a virtual reality story titled Project LUX (a sample of which you can see below).

This is exciting though because it means fans get to experience the much-beloved story in a whole new way. I personally haven’t gotten into the virtual reality realm, but if it means getting to see and interact with Holo in an entirely new way, that’s something that I would pay good money for.

If you somehow missed the series entirely and have no idea what I’m talking about or why I’m so excited for it, please allow me to give you a brief overview on why you should be dropping everything to go watch both seasons of this show.

First launched in Japan as a light novel series in February 2006, the series found some traction with fans of ye olde fictional economics 101 and ran for a little over five years. Eventually, the series got a manga adaptation along with two TV anime seasons, the first of which aired in 2008.

Yen Press and Funimation hold the licenses to the light novel and anime respectively. Yen Press describes the story as:

The life of a traveling merchant is a lonely one, a fact with which Kraft Lawrence is well acquainted. Wandering from town to town with just his horse, cart, and whatever wares have come his way, the peddler has pretty well settled into his routine-that is, until the night Lawrence finds a wolf goddess asleep in his cart. Taking the form of a fetching girl with wolf ears and a tail, Holo has wearied of tending to harvests in the countryside and strikes up a bargain with the merchant to lend him the cunning of “Holo the Wisewolf” to increase his profits in exchange for taking her along on his travels. What kind of businessman could turn down such an offer? Lawrence soon learns, though, that having an ancient goddess as a traveling companion can be a bit of a mixed blessing. Will this wolf girl turn out to be too wild to tame?