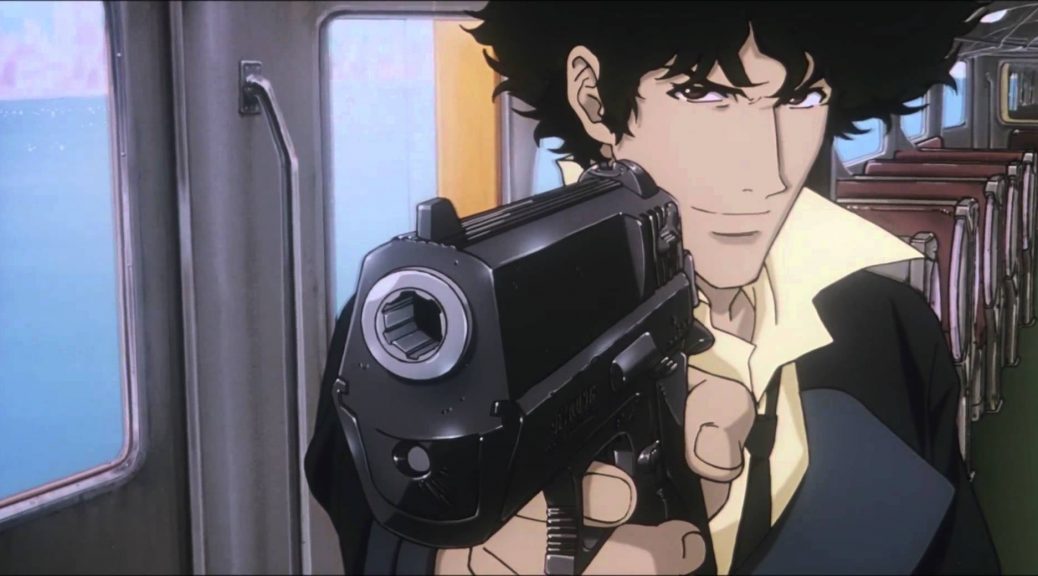 Forgive me fellow anime brethren, for I have sinned.

While I have watched the Cowboy Bebop TV series, I just never got the chance to watch the Cowboy Bebop movie despite the many, many times that it’s been released and re-released. The shame, it washes over me. The good news for people like me though is that Funimation aims to fix that!

The movie, Cowboy Bebop: Knockin’ on Heaven’s Door, originally opened in 2001 and has been screened in US theaters before. It’s also been released to DVD about a half dozen times over the years.

Funimation describes the movie as:

Caught up in a world of dreams, lost in the cruelty of reality.

What should have been an easy bounty turns into biological war after a terrorist gets ahold of a deadly virus. Drawn in by the pretty price on the mastermind’s head, Spike and the Bebop crew are ready to collect a much-needed reward. Unfortunately, the gang’s about to find themselves in more trouble than money when the terrorist threatens to unleash the virus on Halloween—effectively killing everyone on Mars. With little time and leads that seem more dreamy than helpful, they’ll have to use their own bag of tricks to stop a dangerous plot.

Check the official website for locations and ticket information!