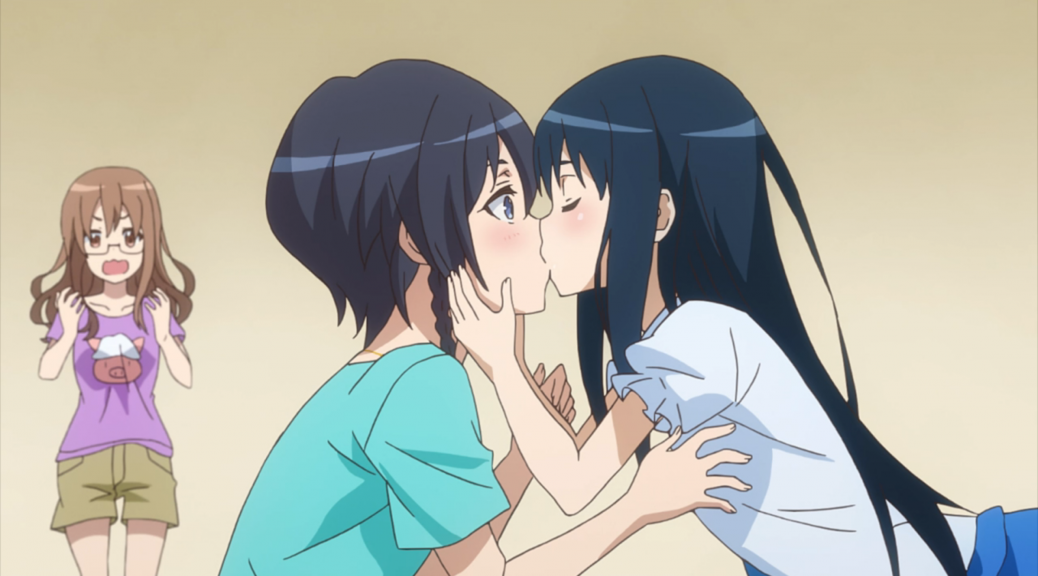 In the final episode, we learn that LLENN is an evil genius who’s just been hiding it well this whole time. The fact that she knew that mocking Sword Art Online was perhaps the one way to really push Pito’s buttons and get her to lose her cool shows just how good she is at manipulating people when she wants to. We can only hope that she continues to use her powers for good instead of evil, and the devastating loss of the second P-chan doesn’t drive her to a life of crime. 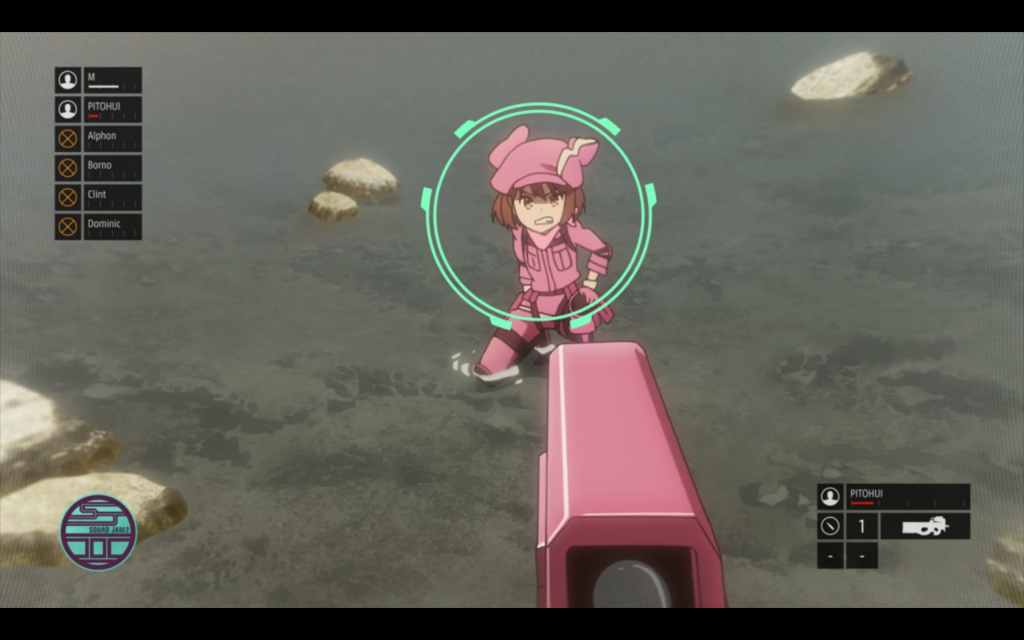 Just like the Elder Wand will not kill it’s owner, P-Chan II will self-destruct before shooting LLENN. Oh God, I just made a Harry Potter reference, please let this be a one-time thing.

I like the fact that the final battle was relatively short, giving the story lots of time to wrap up outside the game. There was one thing I didn’t understand: why did M bother to take Fuka hostage instead of killing her? I know he wanted Pito to lose, so he could have kept Fuka alive to support LLENN (which is ultimately what happened, of course), but that gives away the game to Pito. Yet when Pito shoots him as a traitor, she does so for other reasons, not because he left one of their enemies alive for no apparent reason. It’s just a little off. 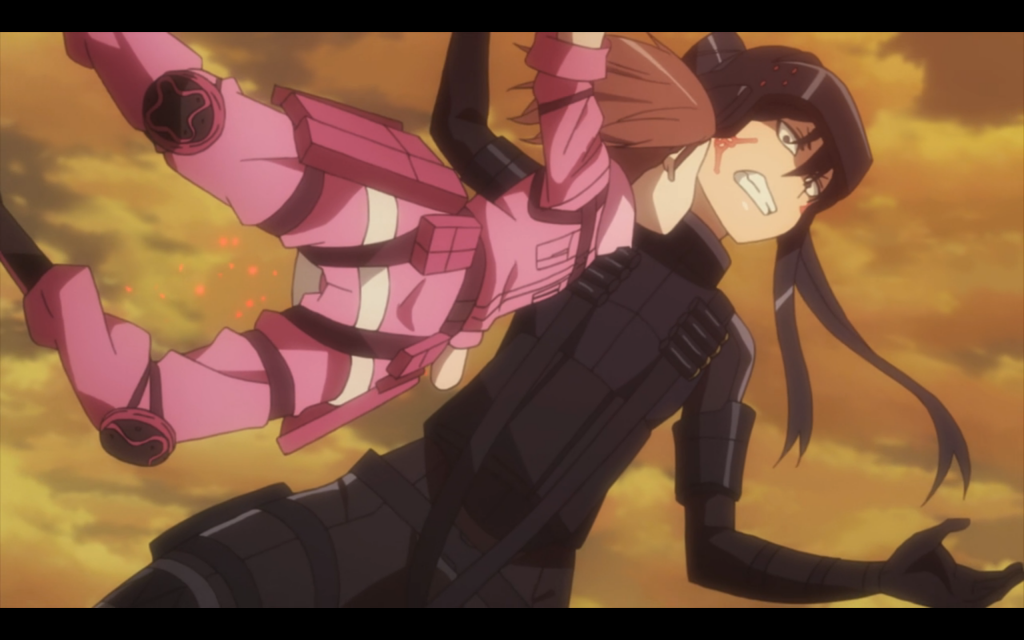 Pito thought she had prepared well, but LLENN knew her one weakness; she had no defense against vampire munchkins.

I’m just going to choose to think that M’s reasoning was “Fuka is too awesome to kill,” in which case I must wholeheartedly agree with him. In this episode, we get to see more of Miyu, the player behind Fuka, and naturally, she’s great in meatspace as well. I know M has this all-consuming, twisted love for Pito, and nothing can change that, but there’s a sick little part of me that wanted him to drop Pito like a hot potato once Miyu started hitting on him. 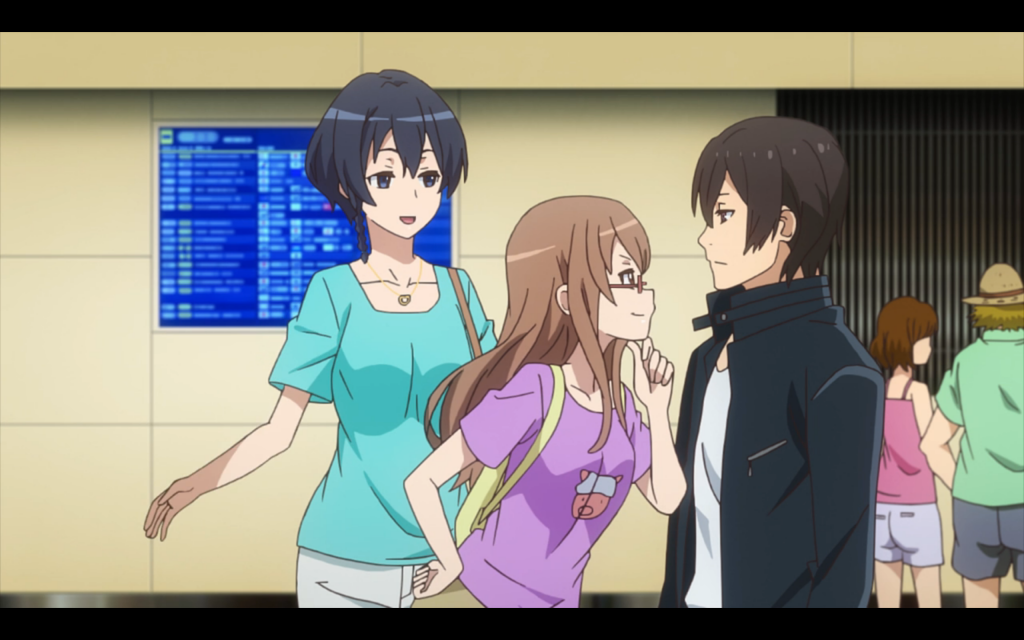 Goushi: “Thank you for your sexual interest in me, but I only like crazy bitches.”

Miyu: “Have you SEEN me play GGO?”

Goushi: “Holy FUCK you’re right, you are everything I’ve ever dreamed of, you barely-restrained psychopath.”

In any case, I love how brutal the final battle is; it needed to be, or else Pito wouldn’t have believed that she had met her match in LLENN. As I predicted last time (not like it was hard to see), the other team comes in from offscreen and grabs the win at the last second, but do you really think they enjoyed it? You just know that no one discussing the second Squad Jam is going to talk about the winners at all; they’ll be talking about Pito, LLENN, Fuka, and those intense Amazon women. 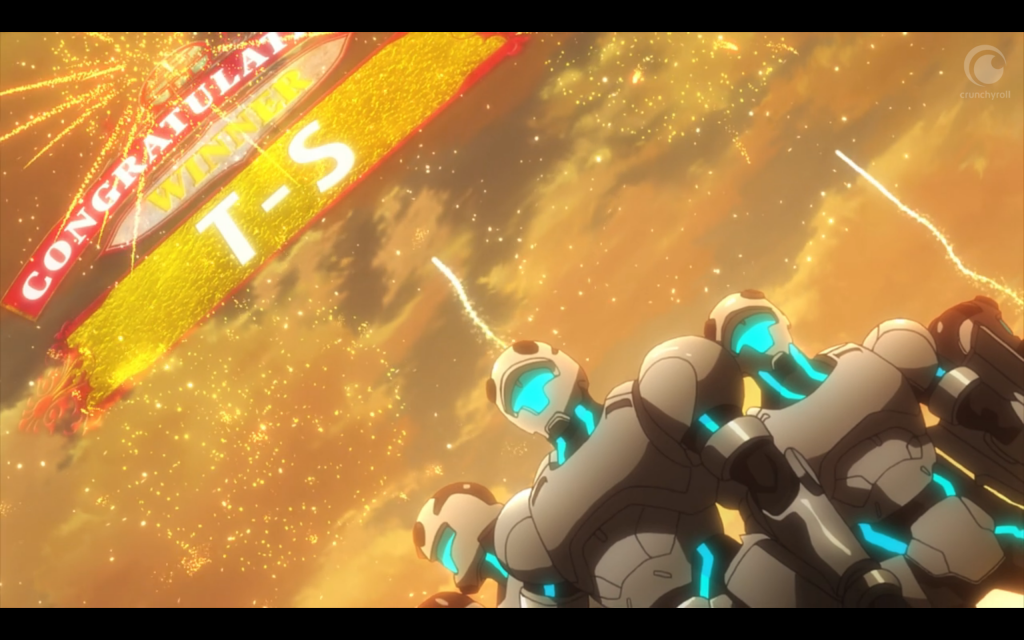 “We won, but…it feels so hollow…*sniffles*”

I’ll admit, they had me for a fraction of a second; when they introduced the club owner as “Pito,” I actually thought, very briefly, that she really was Pito and all of the hints that Pito was really Elsa Kanzaki were false leads. Of course, the Karen on the show is smarter than this Karen sitting right here, and knew immediately who the real Pito was. I’m telling you: evil genius. Do we know what field Karen is studying in college? If it’s political science, the world is doomed to fall under the thumb of her adorable hegemony. 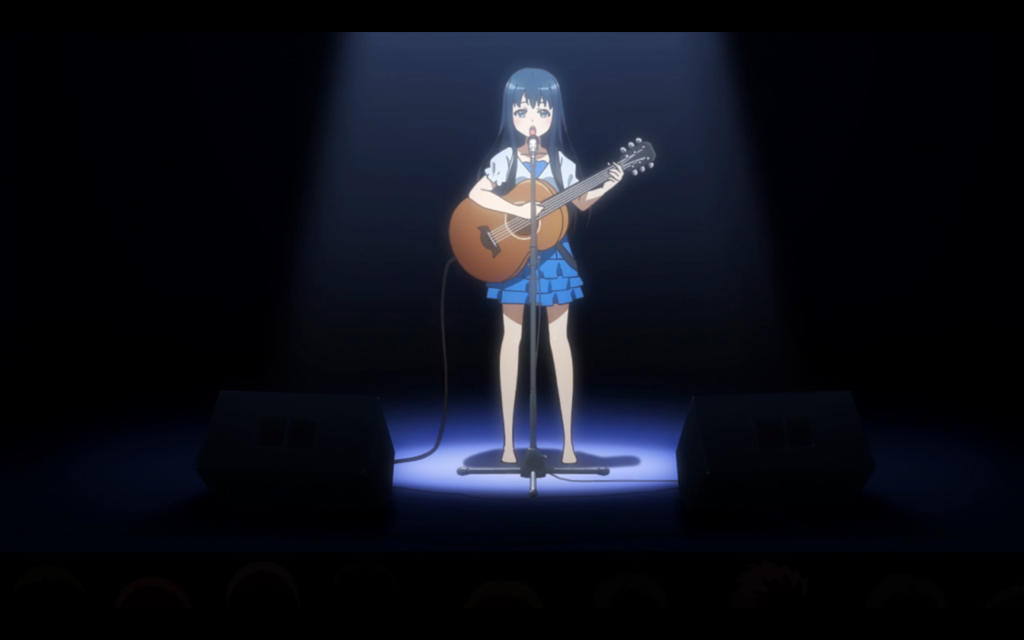 Hello, cute little girl. I bet Elsa’s rage comes from the fact that she’s saddled with an acoustic guitar; if she was allowed to shred with an electric guitar in a proper band, getting all that aggression out, this whole nasty business could have been avoided. Death Metal saves lives.

At first I thought it was a little convenient that Elsa’s obsession with death was “cured” by one battle with LLENN, but I think I get it now; the fact that there’s a player out there who can match her, and there may be others that she’s not even aware of yet, keeps life interesting enough that killing herself has lost its appeal. I think Elsa is just naturally talented at most things she tries, and she was getting really bored of a life with no challenge. The fact that LLENN can kick her ass was a revelation to her. I fear for what would happen if Elsa met Kirito; she’d probably become crazy-obsessed with him, and then everyone would bitch that the show was all about Kirito again.

Despite her evil genius, LLENN lacks the self-awareness to realize that she’s as feared in-game now as Pito is, and that’s comforting; we should all fear the day when LLENN becomes truly aware of what she is and what she can do. For now, she’s satisfied to run around shooting people with a deranged pop singer in the virtual world of GGO, and that’s a good time for everyone. 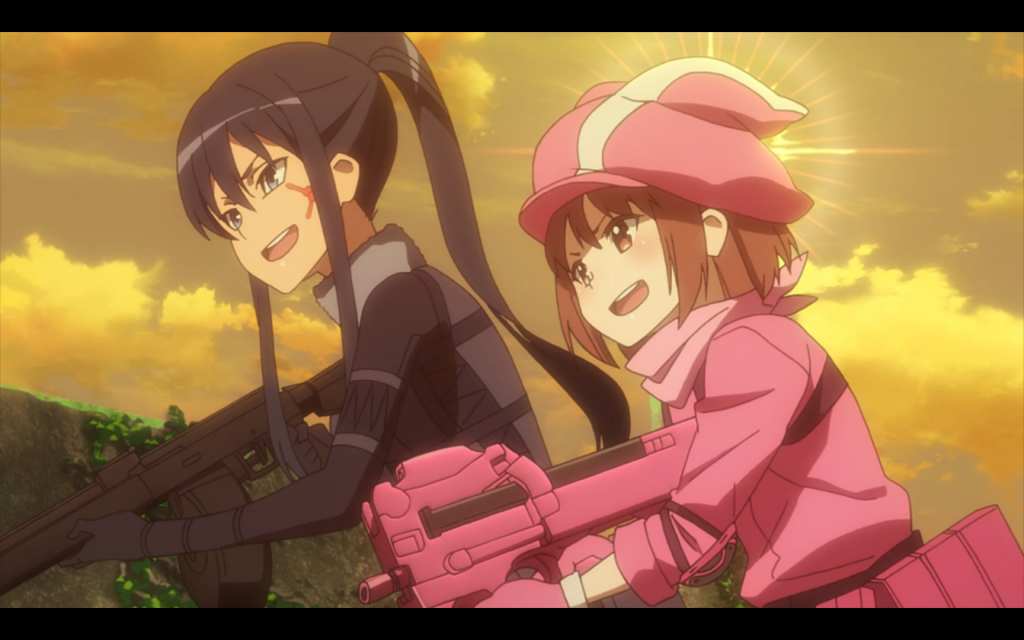 Onward, to another gratuitously violent adventure!

This show surpassed my expectations by just being really solid and fun all the way through. There was some food for thought, which I wrote about earlier in the season, but overall, this was a good rippin’ yarn with characters you liked rooting for and action that kept you on your toes. When mainline Sword Art Online returns this fall, it’s going to have some mighty big shoes to fill; well, technically, tiny little pink munchkin-shoes, but you get the idea.