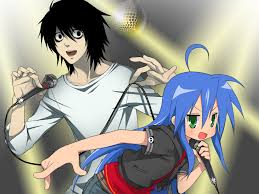 Early this morning, it was revealed via press release that the world’s first anisong streaming service will be headed to the United States starting in August.

ANiUTa first launched in Japan in March 2017 with plans to expand overseas by the end of that year. Unfortunately, that didn’t happen, but finally, the company is ready to bring the jams to American audiences.

In Japan, the service runs 600 yen a month and runs on both Android and iOS devices. Users will be able to stream songs from a number of different companies and record labels, with text lyrics when available.

The service claims that fans will be able to look up both “the newest anisongs to the ones of long ago,” which means that those of us who love to listen to theme songs will have a new favorite app by the end of the summer.