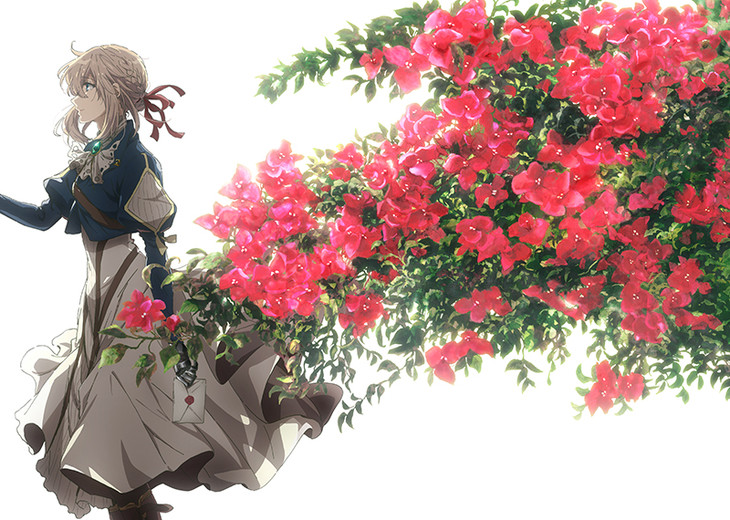 Hot on the heels of the stellar Yuri on Ice movie news comes this joyful tidbit about the previously announced Violet Evergarden project.

According to the news, which was first revealed at a special event held over the weekend, the new project is going to be a movie which will be released in January 2020. So that’s two reasons to stay alive for at least the next two years! [Editor’s Note: Hey, another season of Free! is airing; that’s three reasons!]

The movie project will be an all-new story, but details on what that story will entail are still being kept under wraps.

For those who haven’t taken the time to watch Violet Evergarden on Netflix, please allow me to take some time to persuade you. A gorgeous, lush piece of artwork, this series is easily going to rank high on my list of best series of 2018. It might even top it, but we shall see about that, since we’re only halfway through the year.

The series was the first title to ever win a grand prize in the annual Kyoto Animation Awards back in 2014 (which still confuses me; can you really call it a “contest” if the grand prize is hardly ever awarded?) Regardless, the novel series was eventually turned into an anime which aired this year on Netflix.

Once again, if you haven’t watched this series yet, I urge you to go do so. It starts slow, but it’s well worth your time!