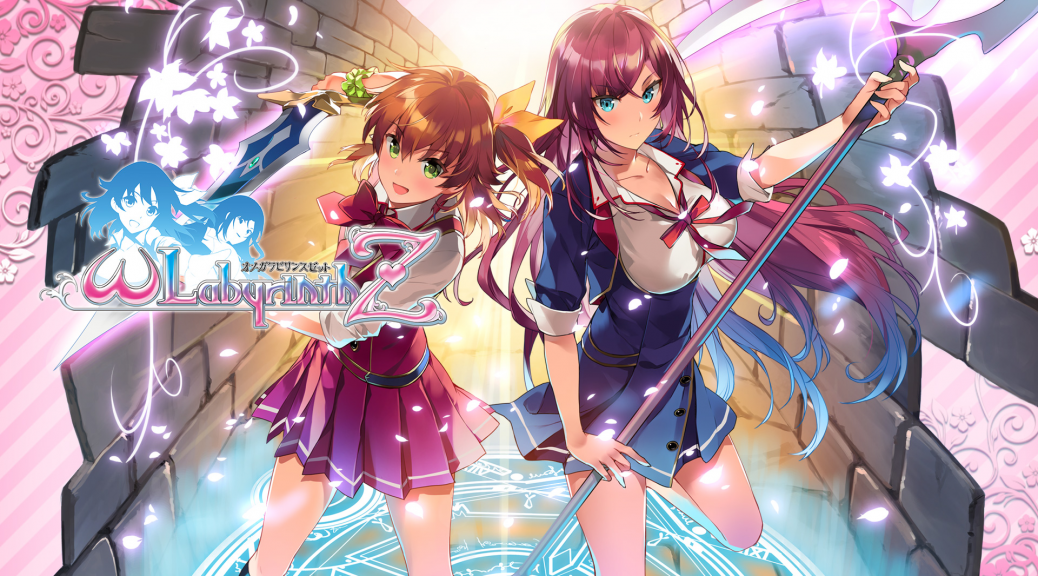 Usually, when Japanese games are censored in the west or denied release at all, it’s a moot point for me because it wasn’t a game I wanted to play. When a risqué feature was removed from the English-language version of the mobile game How to Pick Up Girls in a Dungeon: Memoria Freese,  I thought that the game should not have been changed, but I wasn’t that invested in the subject. I am anti-censorship, but I understand that private companies aren’t obligated to localize features they think won’t do well in their market, etc. etc. etc. It didn’t seem like that big a deal overall.

Now the game Omega Labryinth Z has been cancelled outright, and this seems a lot more important to me, only because it sounds like something I want to play. Ever since trying Lightning Warrior Raidy almost (gasp) ten years ago, I’ve been kind of intrigued by the naughty-dungeon-crawler genre. I haven’t devoted the time to play any besides Raidy, but I’ve always wanted to go back and explore the subgenre. I’m not generally a fan of ero media– I’ve seen maybe two hentai anime in my entire life– but something about the combination of really ribald sexual humor and the grindy, meticulous gameplay of roguelike dungeon-crawlers appeals to me. It seems like a fun send-up of the type of masochism inherent to the genre. Plus, I don’t need much of an excuse to play a dungeon-crawler.

According to Eurogamer, the reason why the game was canned (by Sony itself, no less) is because of the youth of the characters: the girls are explicitly minors, making their sexualization unacceptable in Western markets. This is a problem that always leaves me scratching my head, because while I understand the reticence regarding sexualization and children in general terms, anime girl drawings are not minors.

Some anime depict children that look like children and adults that look like adults, but a lot of anime media portrays characters of an indeterminate age, and you need to know the background of the story to know what age anyone is supposed to be. Anime use similar designs for characters that are supposed to be 13, 23, even 33 or 43 at times. Just to pick a recent example, in Comic Girls, Kaos’ mother doesn’t look any older than the rest of the girls on the show; she’s just dressed in a more mature fashion. One of the things I commented on while watching Comic Girls was that Ruki is supposed to be 14 years old, but successfully pulls off an “older sister” act to an audience of 30-something women with only the aid of a little lipstick and eye shadow. Age is just weird in anime and it’s sister media.

I’m not saying “age is weird in anime” is a handwave that can be used to dismiss any criticisms or concerns about the sexualization of minors, but it does make me wonder. The developers could have choose to make everyone in the game exactly 19-years-and-four-months old, and then the sexualization would have been deemed acceptable, even if neither the artwork or writing had been changed in any way other than that.

I’m not getting super-upset here and calling for a boycott of Sony or anything; actually, considering my love of PSX-era games, boycotting Sony would hurt me a helluva lot more than it would ever hurt them. I just wonder what opponents of this sort of game being localized expect to happen. If this continues, when developers of erotic Japanese games want their product to have an opportunity to sell in the west, they’ll just change their premise from “everyone is always in high school!” to “everyone is always in college,” while leaving everything else exactly the same. Does that solve the underlying problem here, assuming there is one?

Here’s the official trailer if you want to get an idea what the game looks like; for more detail on the gameplay, look forward to my upcoming Let’s Play! HAHAHAHAHAHA…am I kidding? I’m not sure. I might not be kidding.