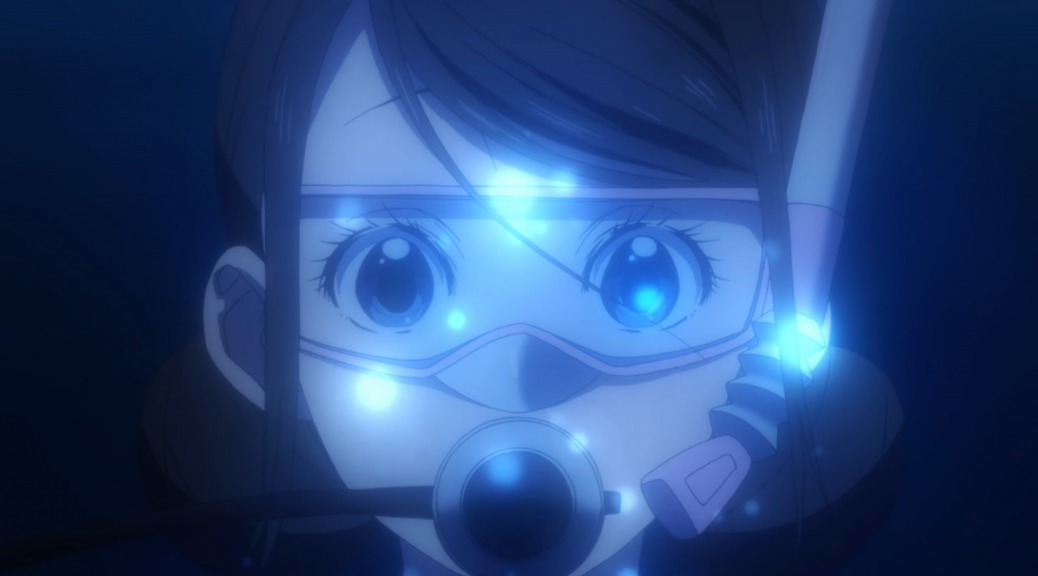 In theory, this was a really good episode. There was lots of scuba diving, the characters picked up on things that they were talking about earlier in the season, and it was all lovely to look at, as usual. Still, this episode left me a little cold; I think I just ran out of patience with Amanchu! during the second half of the season, and it kind of dulled the enjoyment of the season finale for me.

Nevertheless, here is our final Pikari Troll Face of the season; conspiratorial Pikari trying to set up a devious plan. Okay, so the devious plan turns out to be “Bring Teko’s friends to the site so they can cheer her on when she goes night-diving,” but still, I consider that devious by Pikari standards. 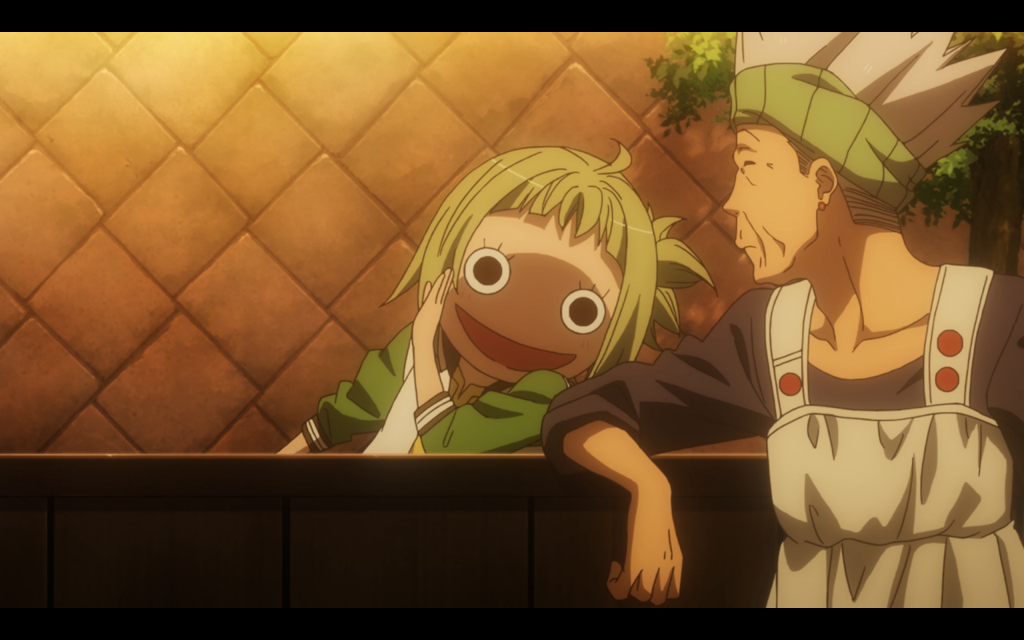 “Heh heh, Teko’s never going to figure out my surprise. I’m going to bring over all the annoying filler characters that have been on her like white on rice this whole season, she’ll be shocked.” 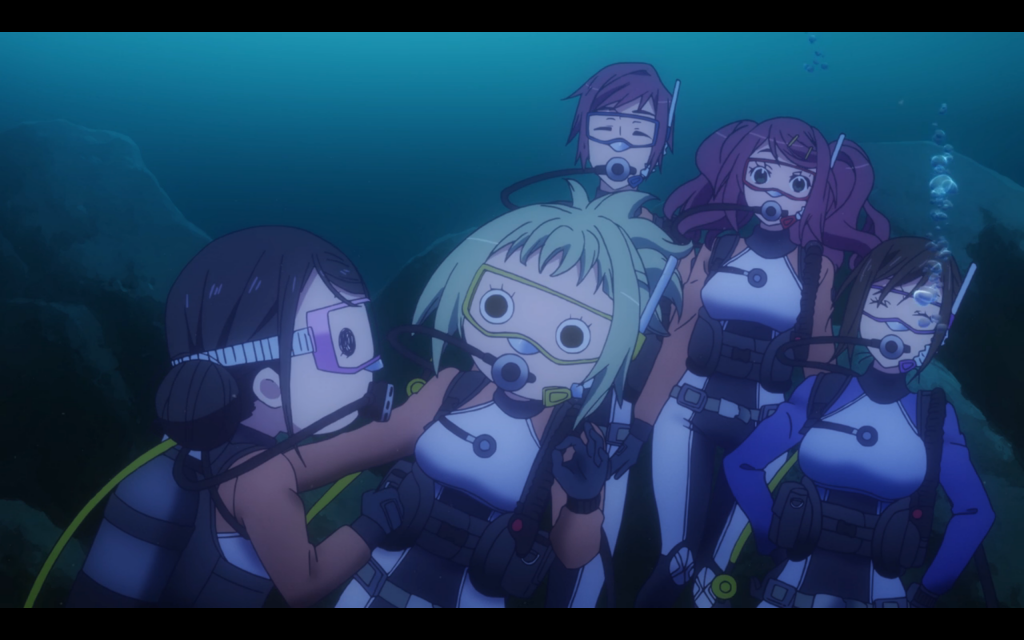 I didn’t forget that I wanted this!

There were things about this episode I really liked. The thing that really struck me as true and important was Teko’s admission that she never stopped being scared of going night-diving, but her curiosity outgrew her fear. I think that’s a really good way to think about dealing with any sort of anxiety; you never really “fight your fears” successfully, because it’s not a fair fight; you always have to fight on the enemy’s turf. What you can do instead of fighting is become so interested in what you’re doing that you might just forget that you’re afraid…for a little while. But for long enough. Long enough to see the plankton sparkle underwater like fireflies. 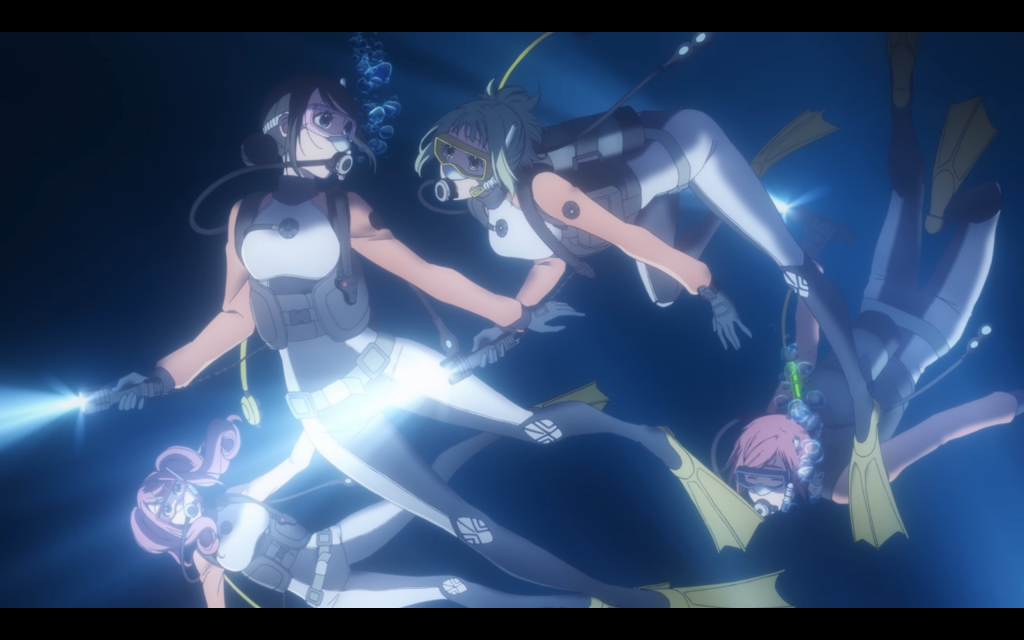 Pikari, to her credit, has realized that her strategy earlier in the season of having “infinite fun” with Teko is kind of flawed, because the time is still passing no matter what she does. Even someone as fun-loving and care free as Pikari has to face the fact that eventually, everyone’s going to graduate and the fun times in the diving club are going to be over. I think there was a missed opportunity here, because Pikari’s desire to stay in place with Teko and never grow up parallels the whole Peter Pan arc, only it didn’t really play out that way on screen; it was a subtle connection at best. If that whole arc had been about Pikari instead of Ai, it could’ve been a lot more connected to the rest of the season. 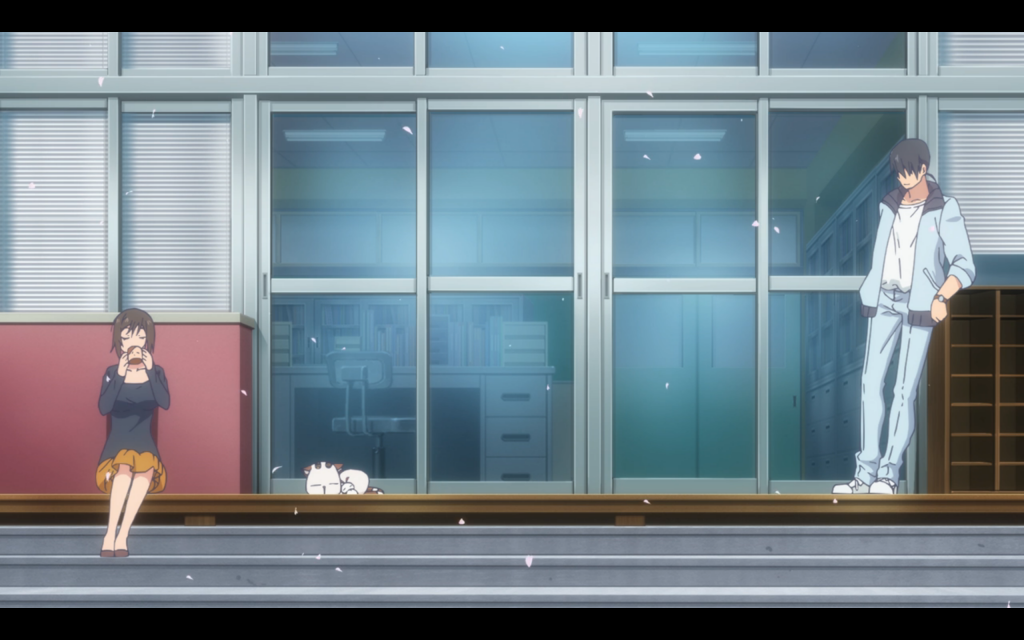 So we sat through three episodes of that Peter Pan arc to get Mato-chan-sensei and the other homeroom teacher together romantically, and they still act like they’re basically strangers around each other? Really? I mean, it’s implied that Mato-chan-sensei might pursue him from what she says here, but COME ON. After that storyline, I for one think I deserve to see the two homeroom teachers get it on– preferably underwater.

So ends another season of Amanchu! I actually liked this episode more the second time I watched it, while I was taking screenshots; the first time through, I was just too annoyed by the whole second half of the season to really give it a fair shake. And that’s a shame, because this show is something special when it’s firing on all cylinders. As of now, I don’t know if I would recommend it to most anime fans, and that’s a little sad.

I don’t regret watching two seasons of this show. But on average, it was just okay when it could have been stellar, and I’m a little bit mad at it for that. 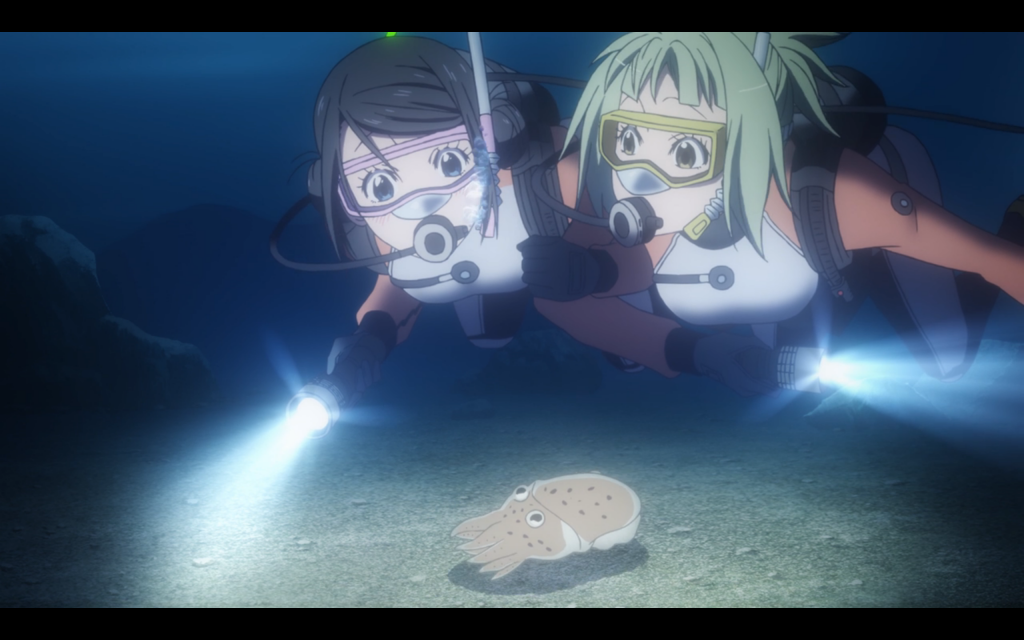