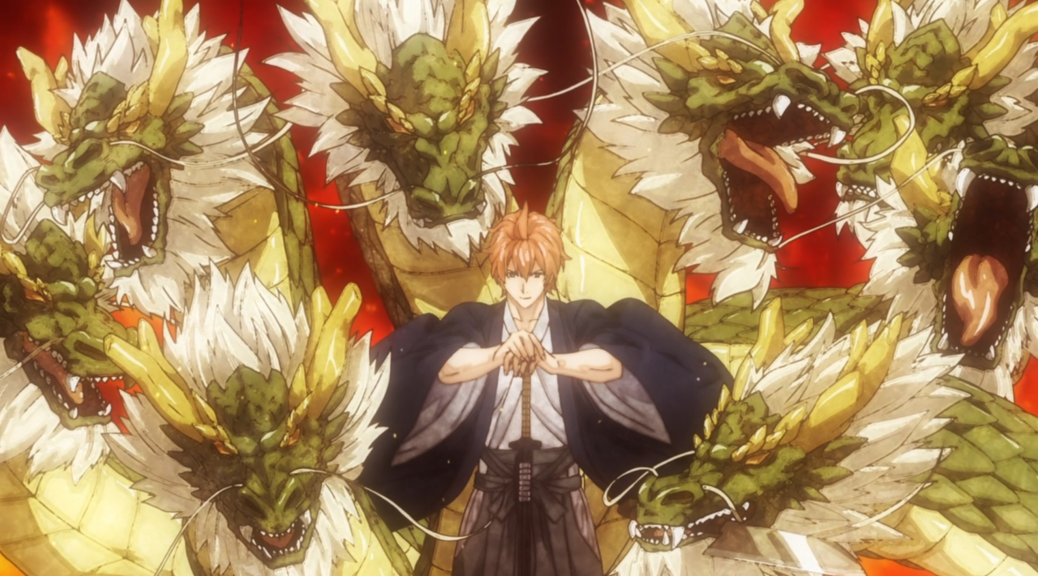 To be frank, I was a bit disappointed in this one. After the reveal that Issiki has God-tier chef skills, I wanted to see him cook with magical powers: slice an onion instantaneously, juggle shrimp while devaning them, boil water with telekinesis, that sort of thing. The fact that he just sort of cooks efficiently and blends flavors well is a bit of a let-down, but I guess there’s always dojinshi.

Nevertheless, the kids find it hard to believe that the goofy dude who was always running around naked save for an apron is such a skilled chef, which intrigues Alice. As a non-Polar Star resident, the fact that the former Seventh Seat hates wearing clothes is new to her. I like this little reminder that the rebels aren’t just Polar Star people; it’s a mixed alliance. 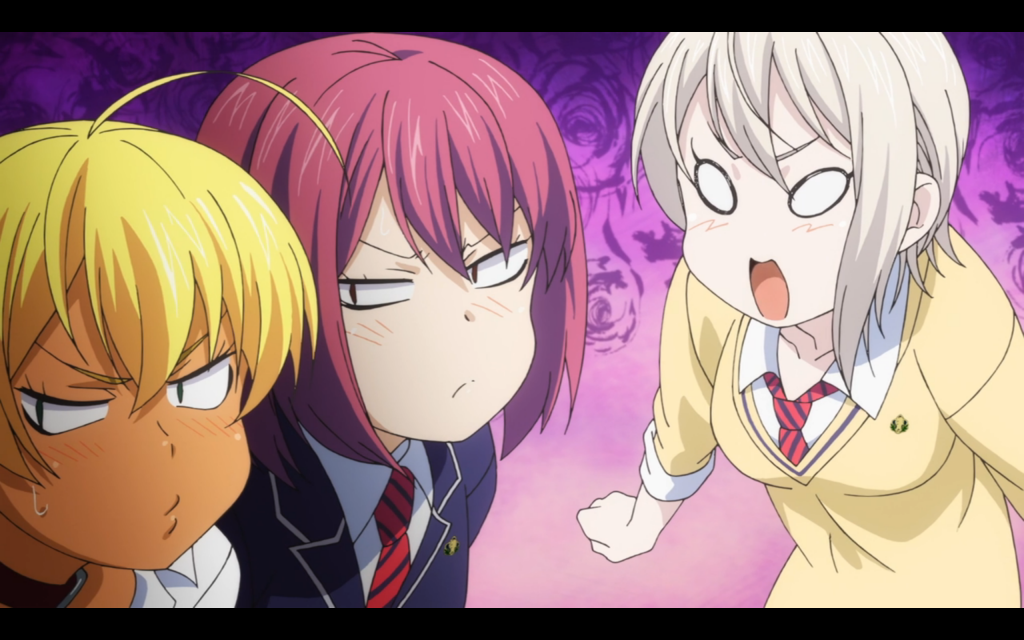 “At your place, the male seniors run around naked? Is it too late in the semester to move into your dorm after I get myself un-expelled?”

In an example of art improving upon life, this episode introduces the World Gourmet Association, this word’s equivalent to the Michelin Guide. I wish the WGO existed in real life, because even though I understand why it evolved that way, it’s still weird that the preeminent ranking system for fine restaurants is managed by a subsidiary of a tire company. It’s not often that I look at real life and say “Hmm, the Food Wars! version of this makes much more sense,” but there’s a first time for everything.

The judges are named Anne, Charme, and Histoire; I don’t know what to make of that. Histoire happens to be a black guy, so you can reset the “It has been X days since we’ve seen a black person in anime” clock. 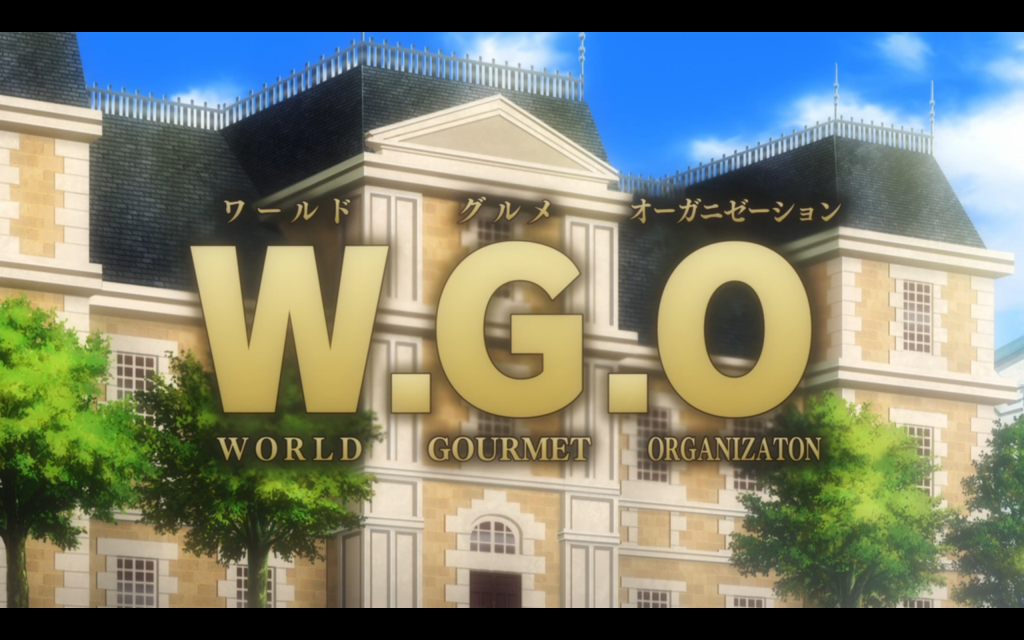 The match between Isshiki and Jurio is centered on eel, and I, uh…I have a really bad association with eel. Have you ever heard of The Tin Drum, by Günter Grass? Never read that book with an upset stomach; don’t read German literature in general with an upset stomach, come to think of it, but that one in particular. In any case, this is one time I’m not tempted by the dishes on display at all.

Jurio makes a fairly boring looking eel dish, which is only made interesting by the over-the-top reaction shots it provokes; I thought they had been pretty tame with the lewd foodgasms lately, but apparently they were just saving all the lewdness for this one episode. 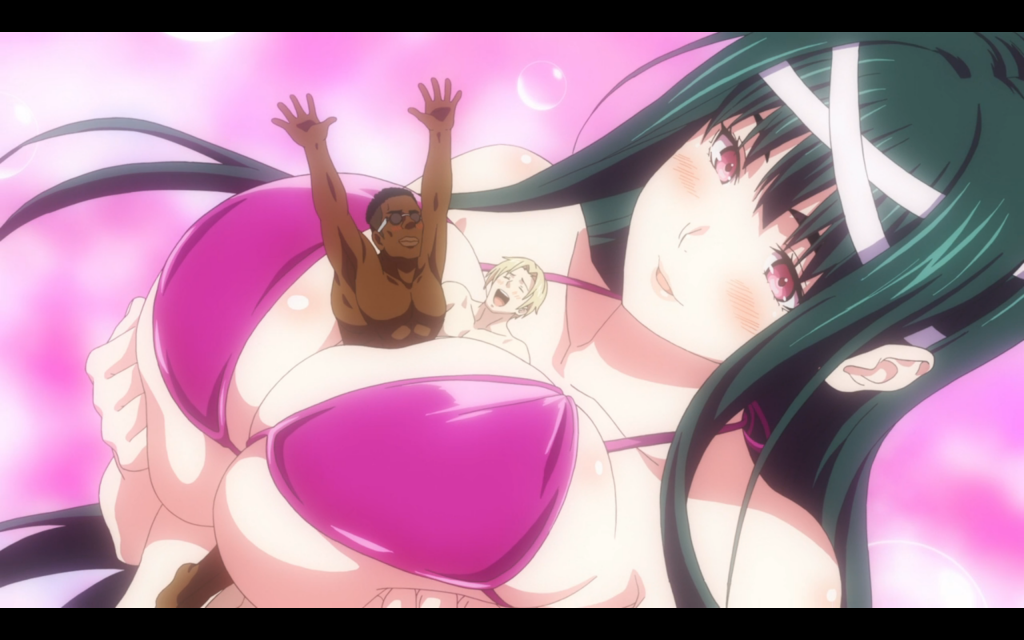 I like these better when they’re naughty in a surreal way (like with tiny chick-Somas attacking Erina), rather than outright porny looking. That could just be me though.

Isshiki counters by making a dish that includes ingredients created by his juniors at Polar Star and I’m…somewhat underwhelmed. I get that it shows great cooking genius that he took these relatively unrefined ingredients and was able to blend them into one cohesive dish, but why was he out to prove Polar Star’s reputation in the first place? Did he anticipate that someone was going to insult the honor of his dorm, thus he prepared for that far in advance? Until further notice, I’m going to have to assume that in  addition to his near-supernatural cooking skills, Isshiki can also see the future because he is a witch. He must run around naked all the time because he communes with his forest gods through his skin or something. 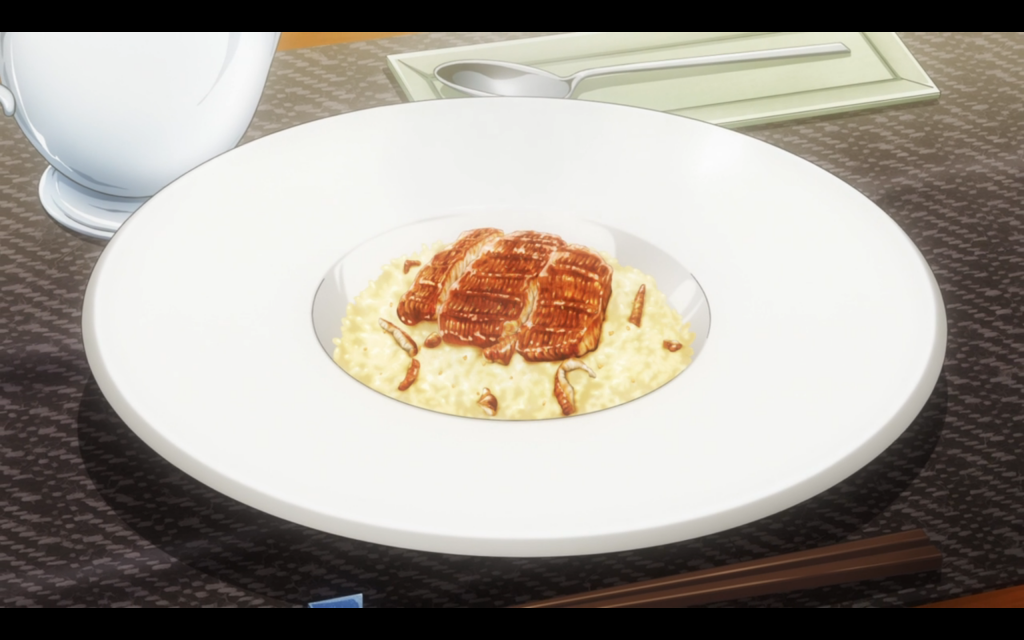 Oh, and after Jurio gets eliminated, Rindou promises to take over for him. Oh, Food Wars! Do you really think I’m going to believe that we have a snowball’s chance in hell of seeing Rindou cook before the end of the season? Don’t make me laugh, no one’s buying it. 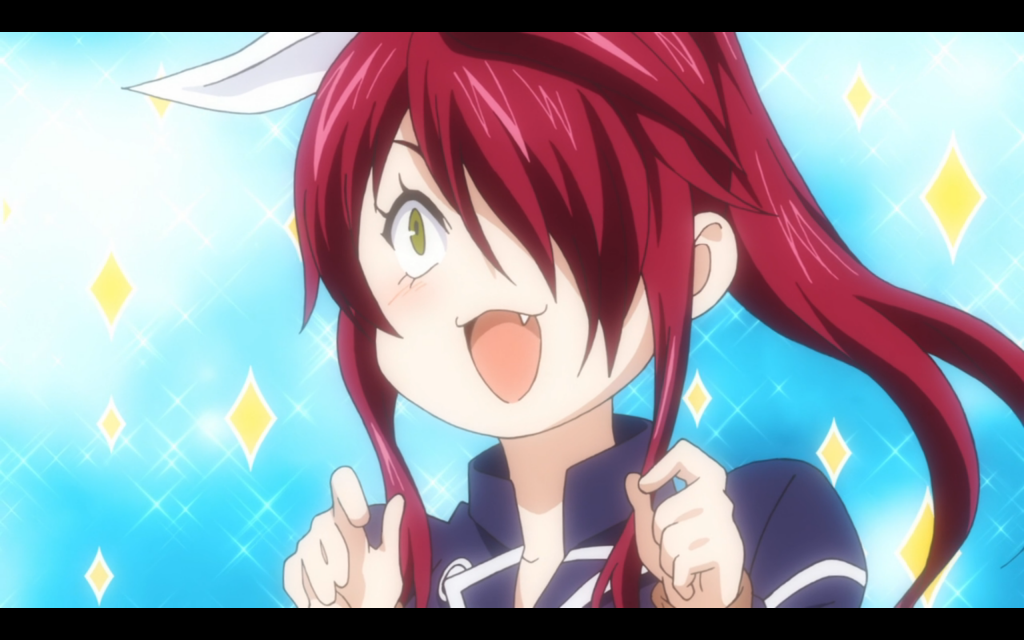 So Isshiki wins, which upsets Nene, since she has a beef with Ishiki going back to childhood. I feel for her here; it’s not easy to be a normally-talented person who’s always in close proximity to a total genius. However, she’s a total snob, so my sympathy only extends so far. 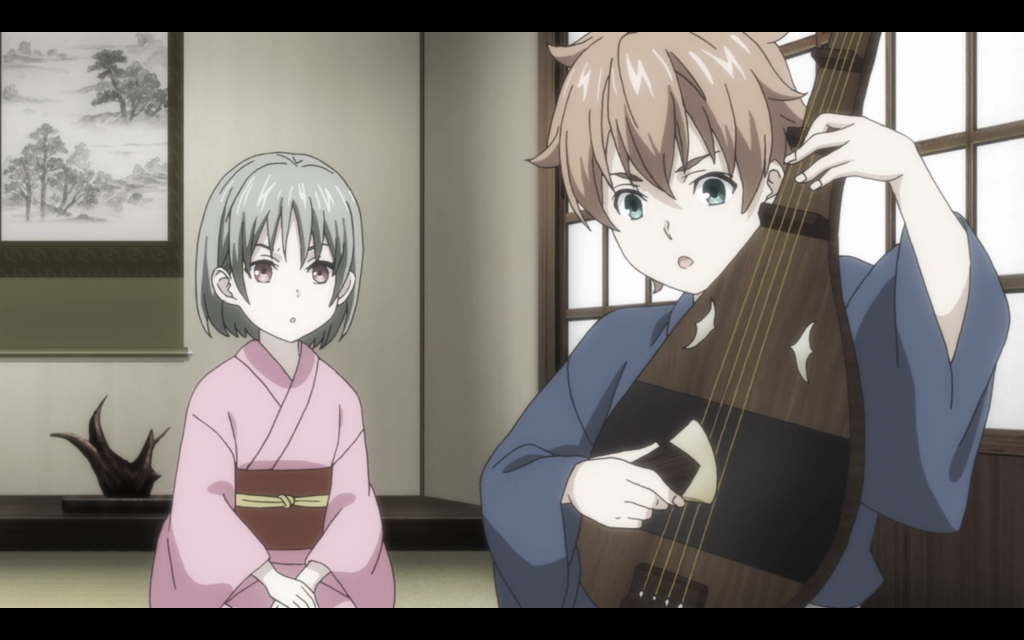 Enjoy little Nene’s look of wonder before she decided to adopt a permanent Resting Bitch Face for the rest of her life.

Soma then reveals the next step of his evil soba plan, which is to stir fry the noodles in a giant wok. Apparently this is a horrible idea, since frying burns the shit out of the noodles and destroys the subtle nuances of flavor that the judges will be looking for. I think Soma has decided that there’s no way he’s going to compete with Nene on the noodles themselves (which is logical), so he’s basically throwing that aspect while he makes the rest of the dish as delicious as humanly possible. I can’t see WGO-type judges going for this though; even if his dish does taste better overall, you can’t de-emphasize the soba noodles in a soba challenge and expect to win. I’m hoping that whatever workaround they come up with to have Soma pull this out isn’t too unbelievable.

Oh my, is the next episode the season finale already? It seems like they have an awful lot to wrap up in one episode, but maybe something unexpected will happen that will call the competition to a sudden halt. Like, maybe Azami will realize in the middle of the Shokugeki that his ideals make no sense, and all he ever wanted was for Saiba-sempai to tell him that his dumplings were tasty or something.