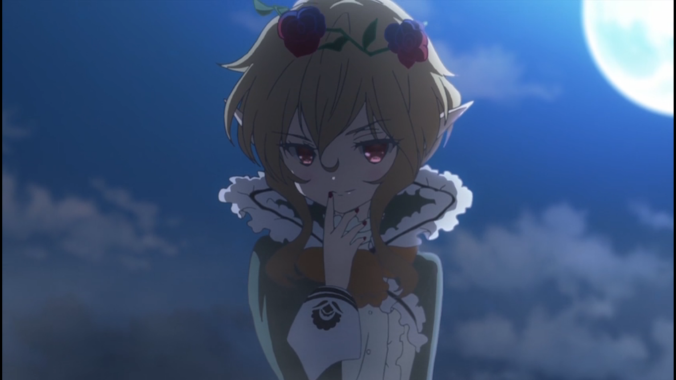 Following up on yesterday’s simulcast news, Funimation is stepping up next to follow up with their own huge list of simuldubs, which will be hitting their website this summer. While many of these titles were obviously going to be there (Attack on Titan and Overlord III for instance), there are some surprises hidden within the announcements that will please plenty of fans.

Keep in mind that most of these titles do not have streaming premiere dates as of yet (I have listed the Japanese air dates, however, along with information on how fans can see these series as soon as possible such as via theatrical or convention screenings) but as soon as more details emerge, we’ll do our best to report on them here.

Starting things off, we’re going to go through the sequels and continuing series that have been announced along with their plot synopsis:

After recovering Eren and Historia, the recruits are put under the care of Levi. Stuck out in the middle of nowhere, Hange subjects Eren to a series of experiments in an attempt to find out more about his ability. But when their link to the secrets behind the wall is murdered, the squad must move out and find a new refuge. Except, a figure from Levi’s past has his own plans to stop them.

It premieres in Japan on July 22 but Funimation has already announced that they will be premiering the first episode of the new season along with the second season recap movie in early July so be sure to check your local listings if you want to be among the first to see it!

Summer is here, and the heroes of Class 1-A and 1-B are in for the toughest training camp of their lives! A group of seasoned pros pushes everyone’s Quirks to new heights as the students face one overwhelming challenge after another. Braving the elements in this secret location becomes the least of their worries when routine training turns into a critical struggle for survival.

Asta and Yuno live in a world where magic is everything. While Yuno excels with powers, Asta is completely powerless. But when they receive their grimoires, the outcome shocks everyone! Who will become the next Wizard King?

A divergent continuation of the original Steins;Gate ending, Steins;Gate 0 explores an alternate worldline where Okabe abandons time travel. While attempting to forget past traumas and get his life back on track, he meets an AI that re-opens old wounds.

A continuation of this fantasy series about a man trapped in an MMO that was supposed to be shut down.

No premiere date has been listed for this one beyond “July,” but fans who are attending Anime Expo will be able to check out an advanced screening.

A young girl is kidnapped by an ogre who tells her that she has been promised to him as a bride by her now deceased grandfather in order to settle a huge debt.

Now… what about the new stuff? Funimation has you covered!

How NOT to Summer a Demon Lord – Based off the light novel series (licensed by J-Novel Club), the story is described as:

In the MMORPG Cross Reverie, Takuma Sakamoto is so powerful that he is lauded as the “Demon Lord” by other players. One day, he is summoned to a world outside his own– but with the same appearance he had in the game! There, he meets two girls who both proclaim themselves to be his Summoner. They perform an Enslavement Ritual to turn him into their Summon… but that’s when Takuma’s passive ability <> activates! Instead, it is the girls who become enslaved! Though Takuma may be the strongest Sorcerer there is, he has no idea how to talk with other people. It is here he makes his choice: to act based on his persona from the game! “Amazing? But of course… I am Diablo, the being known and feared as the Demon Lord!” So begins a tale of adventure with an earth-shakingly powerful Demon Lord (or at least someone who acts like one) taking on another world!

This one premieres in Japan on July 5.

The Master Ragnarok & Blesser of Einherjar – Another adaptation of a light novel series (also licensed by J-Novel Club), it is described as:

Some urban legends are best left untested! Yuuto Suoh gets more than he bargained for when he joins his childhood friend Mitsuki Shimoya in testing out an urban legend. When he uses his phone to take a picture of himself with the local shrine’s divine mirror, he is whisked off into another world – one heavily steeped in the lore of the old Norse myths. Using his knowledge gained from school and from his solar-powered smartphone, he has the chance to bring the Wolf Clan, the same people who cared for him, to prominence, all while earning the adoration of a group of magic-wielding warrior maidens known as the Einherjar.

The Japanese premiere date for this title is listed as July 7.

Angels of Death – An adaptation of the manga series (licensed by Yen Press), the story for this one is described as:

When Rachel Gardner wakes up in the basement of an unfamiliar building, she finds herself face-to-face with Zack, a serial killer wrapped from head to toe in bandages. Narrowly escaping his bloody scythe, she makes it to the next floor, where she meets a man named Danny who claims to be her doctor. Rachel breathes a sigh of relief, but she can’t help noticing that Danny’s got a strange look in his eyes…

Japan will be getting its first glimpse of this series on July 6.

Magical Girl Raising Project – Now we come to the final addition to the list, which originally premiered a few seasons ago, but is finally getting a dub this summer. Funimation describes it as:

For the girls of N-City, being a magical girl is a dream come true! At least, online it is. When a lucky few are given the chance to be real-life magical heroines, their lives go from sweet to deadly. And after the city decides to halve the magical girl numbers, what once seemed like a race for glory becomes a desperate fight for survival. Cute turns wicked in the prettiest death game around.

This series originally premiered in the fall of 2016, so it’s a couple of years old now, but that doesn’t make it any less valuable than anything else on this list!

Are you excited to check out anything on this list after it premieres? Sound off in the comments!

2 thoughts on “Funimation Announces First Round of Summer Simuldubs!”