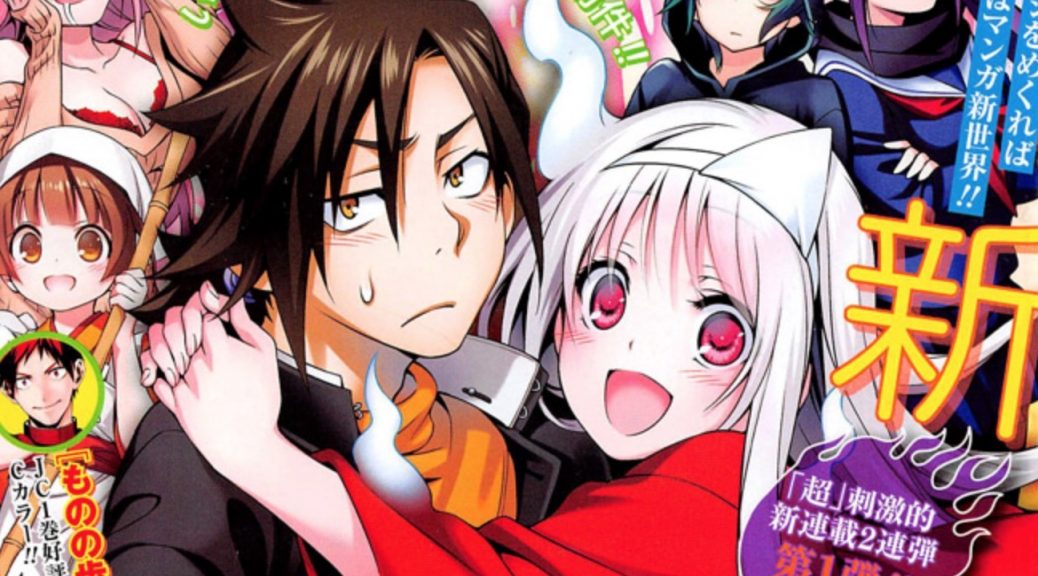 It’s that time of year again! The time of year when journalists like myself scramble to keep up with the deluge of press releases as companies announce their seasonal simulcast plans. Joy!

According to the press releases that I just received, Aniplex of America are the first ones up to the plate. Here’s the wind-up… and the pitch… Bam! Two series announcements in one shot!

The first to be revealed is the comedy series Yuuna and the Haunted Hot Springs. Premiering in Japan and the US on July 14 (though the specific time for the simulcast premiere is TBA), this series from XEBEC and director Tsuyoshi Nagasawa is based on the manga of the same name which is currently available in English from Seven Seas Entertainment. They describe the series as:

Homeless and haunted by ghosts, high schooler Kogarashi thinks his luck has finally turned when he finds Yuragi-sou—a cheap boarding house that was formerly a hot springs inn, now full of super sexy, scantily clad female tenants. If Kogarashi can use his spirit abilities to banish the ghost that haunts the inn, he can even live there rent-free! But when the ghost, a beautiful teenage girl named Yuuna, appears before him, Kogarashi takes pity on her and is suddenly not so sure about the exorcism. Will he help save Yuuna from becoming an evil spirit? And what supernatural secrets do the other boarders hold?

Second up we have another comedy series in the form of Cells at Work!. In this series from David Production and director Kenichi Suzuki, the story is, once again, based off a manga of the same name available in English from Kodansha. They describe the story as:

Strep throat! Hay fever! Influenza! The world is a dangerous place for a red blood cell just trying to get her deliveries finished. Fortunately, she’s not alone … She’s got a whole human body’s worth of cells ready to help out! The mysterious white blood cell, the buff and brash killer T cell, the nerdy neuron, even the cute little platelets—everyone’s got to come together if they want to keep you healthy!

This series will premiere in Japan on July 7 but a specific simulcast release date and time have yet to be revealed.