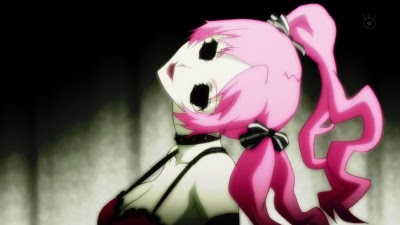 This is news that a few of us already knew about but wasn’t widely reported on until Funimation made it official yesterday via social media. If you’ve never seen the vampire horror series Shiki, you have until June 30 before it disappears off Funimation’s catalog.

The series first premiered in Summer 2010 and was licensed by Funimation a few days before it premiered. While it rarely gets brought up as one of the best horror series ever, those who have seen it know that they watched something special even if they didn’t truly appreciate it at the time.

Funimation describes it as:

As citizens of a secluded village die off in alarming numbers, the head doctor tries desperately to save them—but his efforts are in vain. Panic and disillusionment run rampant as loved ones’ corpses rise from the grave with an insatiable thirst for human blood. Haunting and hallucinogenic, Shiki stares into the hearts of both the hunter and the hunted—and blurs the line between man and monster.

This just serves as a reminder that licenses don’t last forever so if you want to watch something or buy something, strike while the iron is hot. Remember Baccano? It goes for over $200 on Amazon right now. Black Butler? Almost $100.

Shiki is about to join an elite group of series that never got their time in the spotlight. Series such as FLAG, Petite Princess Yucie, Now and Then Here and There, and others are part of this special club and sadly Shiki is becoming one of them. At least it’s still up on Crunchyroll.