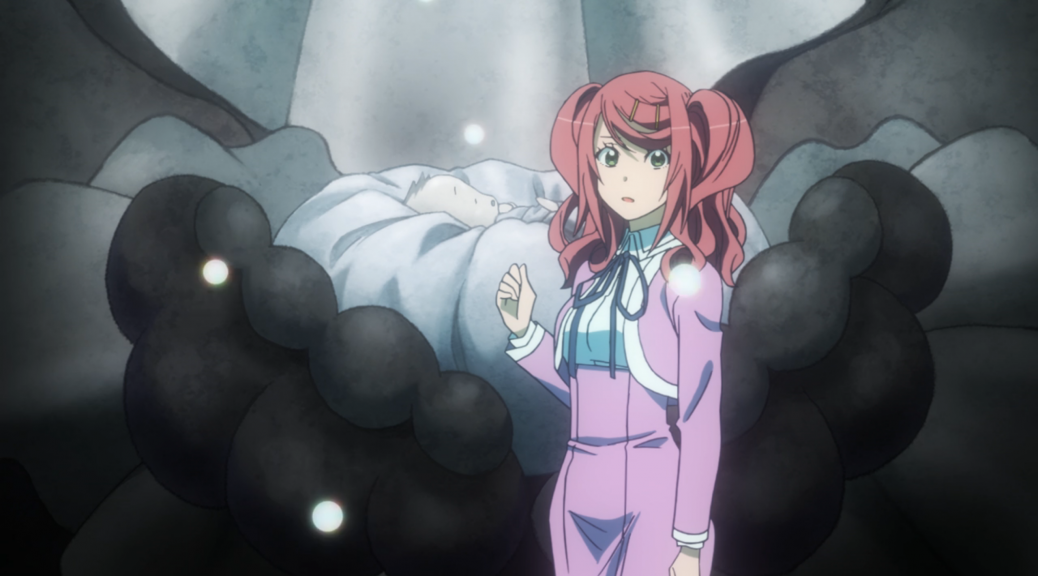 Yeah So, that didn’t turn out well at all. I would say Amanchu! jumped the shark, except if sharks had been involved in any capacity, the girls would’ve been in or near the ocean, which would have made for much better episodes than what we got. This is, perhaps, the one instance where having the characters jump over a shark would have been thoroughly appropriate, which is pretty special.

I was willing to give this storyline the benefit of the doubt after episode 7, but episode 8 was a drag, and then I groaned out loud when I realized there was still another episode of this yet to come. There are some good ideas here, but everything is just ridiculously slow and drawn out, and Ai doesn’t make for a very interesting lead character compared to Teko and Pikari. So far, the Ninomiya twins have mainly been there to fill out the ranks of the diving club and get in a few jokes here and there, and now we’re suddenly supposed to really, really care about Ai? It doesn’t work. 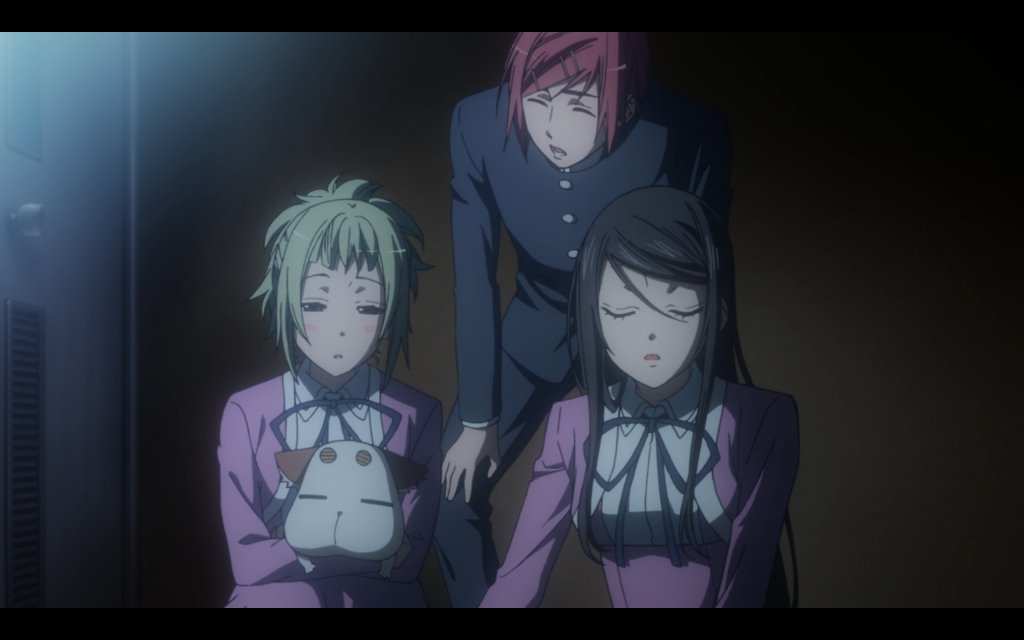 Pikari and Teko look about as engaged as I feel. I also don’t like how Teko is now a hypnotist who can send you back into a dream you woke up from; they’re taking this lucid dreaming thing too far.

I wonder if I’m being unfair to the show; like I’ve put it in a tiny little box, thinking “This show can only tell THIS type of story,” and then I get mad when the creators try to do something different. However, in this case, I don’t think it’s the fact that the show attempted this storyline that was the problem, it was how it was done. I think this could have worked very well as one clever, tightly-scripted episode, but at 3 episodes everything is just stupidly drawn-out and over-explained. For all the impact they had on the story, Pikari and Teko’s roles could have been excised entirely.

What’s interesting about this arc to me is that it reminds me very much of a Doctor Who episode, translated to the Amanchu setting. If you know anything about DW, then you know that a lot of the most highly-regarded episodes* are the ones that jump right into the story and never really slow down (Blink and Girl in the Fireplace immediately come to mind.) If this story had started right in the thick of things, with Ai and Peter in Neverland, without all the filler nonsense about juice boxes and what have you, it would’ve been much more compelling. 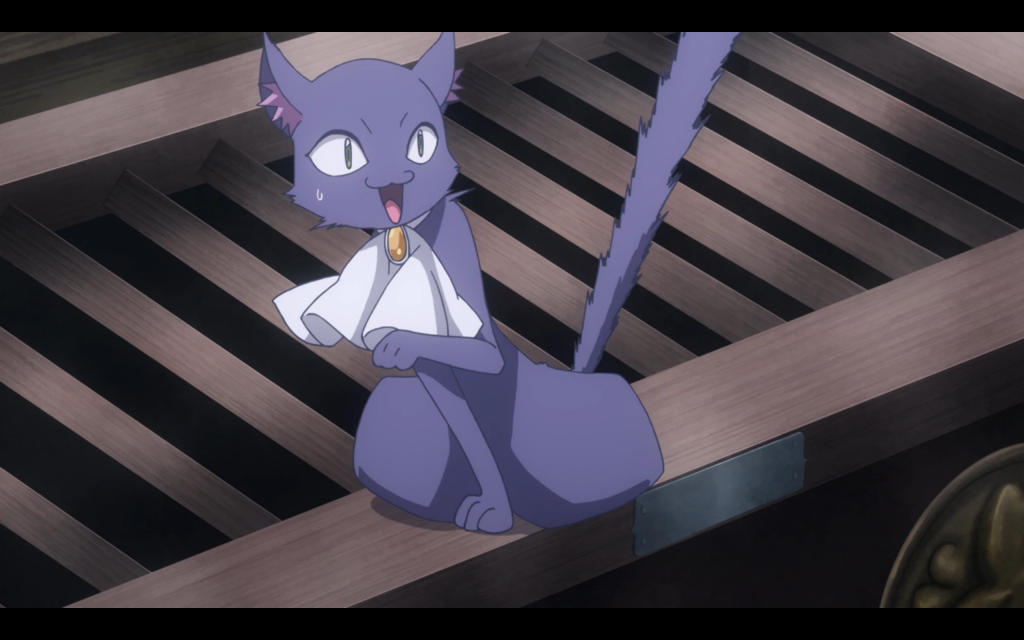 Apparently Cait Sith here ties these episodes together to ARIA, another show by the same author. I suppose this kind of thing is nice if you happen to be a big ARIA fan, but it doesn’t make the arc any better, otherwise.

Still, if this arc had to be 3 episodes long for some reason, there’s a lot of wasted potential here. It’s a major plot point that Neverland is filling with water, yet the water never gets above ankle-deep; why not fill Neverland with water, and have the girls dive in it? Showing the girls diving through a fantasy landscape could have led to some inspired art, and would have done a lot to make this arc feel connected with the rest of the show. No, instead we get more of the girls flying on brooms, because JC Staff is just on a Flying Witch kick this month.

I wanted Mato-chan-sensei to get a backstory; now she has one, but it has nothing to do with anything else on the show and doesn’t really do anything for her character. That’s just sad. Also sad is the fact that Ai sacrificing her happiness for Mato-chan by giving up her love has no weight to it whatsoever, since it never really felt like Ai was in love with Peter in the first place. It should have been a strong character moment for her, but instead it just felt empty. 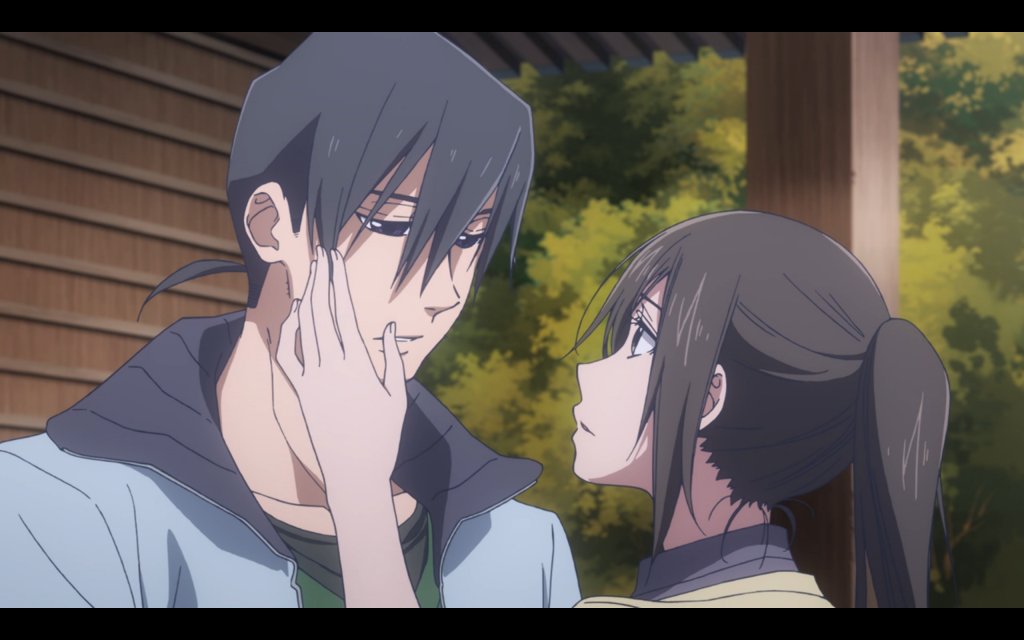 Now Mato-chan is going to get some lovin’ and I’m not even excited about it, what the hell?

Worst of all, you can sum up this whole arc with “Ai’s panties save the world,” and that’s just…that’s just not right. I don’t think I’m a prude– well okay, maybe I am, but I’m self-aware about it– but I think having this whole drama hinge on a guy getting a look at Ai’s panties is just in poor taste. That’s the kind of thing that works in raunchy anime romcoms, where the absurdity is part of the fun, but here it’s just stupid.

I said that this show had won my eternal allegiance after Episode 3, and I think that’s still true; one bad arc did not make the good episodes cease to exist, after all. But darnit, show, stop pushing your luck, because I don’t think I can take another group of episodes like this.

*I’m referring to 2005-era Doctor Who; I’ve seen some episodes from earlier eras, but I’ve only ever really been a fan of the modern incarnation.