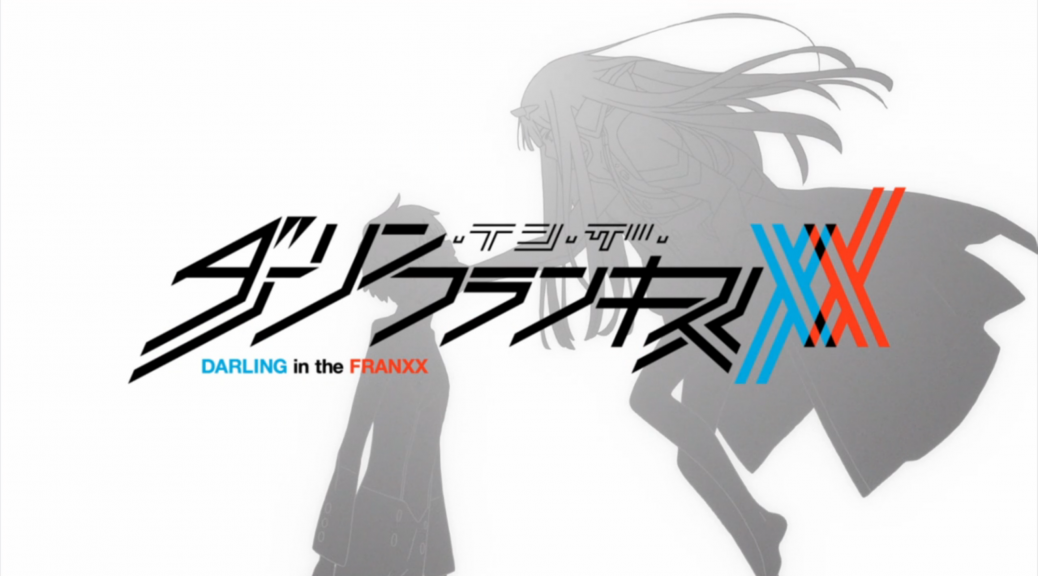 SPOILER WARNING: Not only are there spoilers for FRANXX, but also Neon Genesis Evangelion. You can talk about FRANXX without talking about Eva, but I didn’t want to.

There’s been so much talk about this show lately that I felt like it would be criminally irresponsible for me to keep ignoring it, so I’m catching up. I just finished episode 5 and so far, I’m loving it; I regret that I didn’t pick it up when it started earlier this year. It uses sexual metaphors in a very broad, obvious way, but I like that in this case. Too much anime (or fiction in general) tends to try to be coy about sexual themes, and it can become obnoxious. I appreciate FRANXX being all up-front, like “Yup, piloting the robot is all just a big metaphor for sex and relationships, let’s move on from there ‘kay?”

I wonder though: is the piloting of the FRANXX primarily a metaphor for sex, or is it more meant to be a metaphor for conception? The most notorious example of a mecha show with sexual themes is Neon Genesis Evangelion, and in that show, the primary sexual metaphor was that of pregnancy; the pilot was like a gestating baby inside of the mother, who would protect it at all costs. In FRANXX, we’ve gone backwards to the moment of conception itself. The mechs, with their unusually childlike faces, do seem to be the offspring of both parents in the cockpit, figuratively if not literally.

Compared to a lot of other mecha shows I’ve seen, there also seems to be a surprising lack of urgency in FRANXX. I don’t mean that as a criticism, but it’s just that the way the world is set up makes things more routine than we’re used to seeing. For all I know, this situation with humanity fighting the Klaxosaurs could have been going on for thousands of years already, and the squad of pilots we’re following may only be one among dozens, if not hundreds. There isn’t that “the world is going to end RIGHT NOW if we lose this battle” theme; the lives of the individual characters, except for arguably 02, are not important. They’re important to us as viewers, but you get the impression that if the whole squad died during episode 2, the only thing Papa and his subordinates would feel would be minor irritation at having to replace them.

Speaking of Papa, at first I thought his nickname was just a show of affection for the head scientist from his staff, but it definitely seems like there’s a Big Brother theme going on. The fact that the children’s prayer at the beginning of episode 5 isn’t for safety, or even for victory against the Klaxosaurs, but for Papa’s well-being, is a little bit chilling. Is Papa even fighting against the eradication of humanity by the Klaxosaurs, or is this perhaps the world he wants?

Since the humans are relying on magma for their energy, on a dried-out looking world, the implication is that the environment has been ruined. Are the Klaxosaurs a product of that (perhaps, a failed experiment in creating an alternate energy source?), or are the Klaxosaurs invaders from somewhere else altogether? What does it mean for 02 to have “Klaxosaur blood”? Obviously, she’s stronger and more agile than other humans her size, but what unholy process did they go through to create something like her?

Or maybe, when Papa and a Mama Klaxosaur love each other very much…. 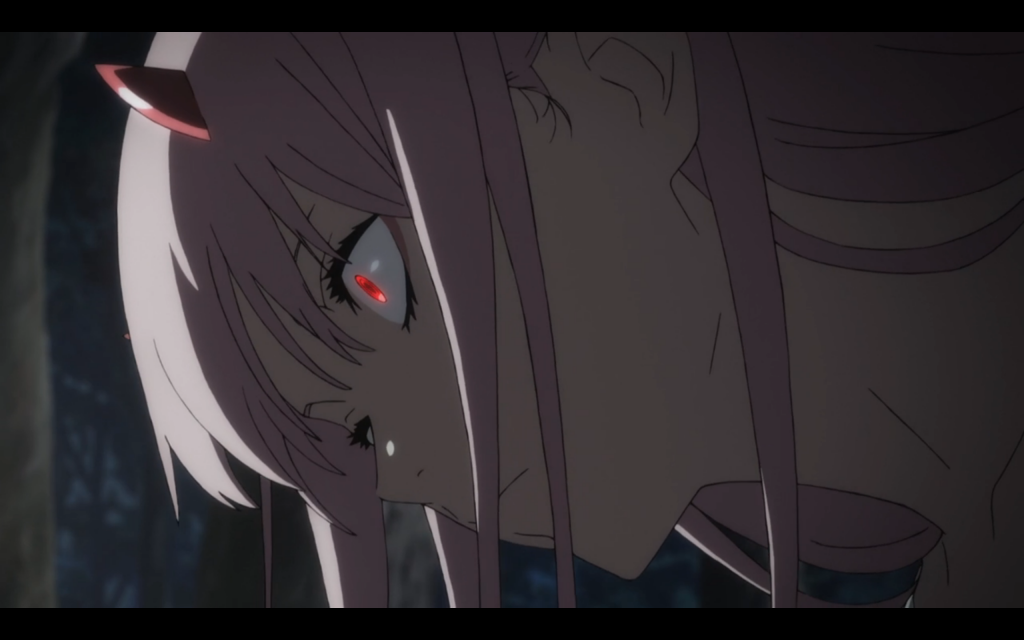 Congratulations, humanity, your super-risky experiment in genetic engineering has gone horribly right! Good luck with that.

At the end of episode 5, 02 seems to be in the process of turning Hiro into some kind of human/Klaxo hybrid, like herself. For some reason, he’s compatible with this process; the most obvious possible reason for this is because he was created with Klaxosaur blood too, but I think the show is going to go a different route. Something is special about Hiro, and I think how much I ultimately end up liking this show is going to depend on what his special quality is. It needs to be something more than “he was bred to be compatible with Klaxosaurs” in order to work for me. Anyway, it seems like Hiro and 02 may be the only future for humanity, but it may be a humanity that no one else recognizes as such.

Perhaps the most striking thing about this show is that it’s most central metaphor really isn’t a metaphor at all. It’s about young people using sex to stave off extinction and well, how is that a metaphor? If young people don’t have sex, humanity will become extinct. Granted, it’s hard to imagine that now, given our world’s current problems with overpopulation, but the fact remains true. Sex is what humans do to stave off oblivion, whether shiny-cool dinosaur-like thingies are involved or not.

A lot of series deal with sexual attraction as a theme, but I feel like FRANXX is dealing with (or is at least being set up to deal with) heterosexual sex on a more primal level than we usually see; the fact that sex creates the future, but we often shred ourselves to pieces in the process, in more ways than one. There’re a lot of potential pitfalls here, but I’m cautiously optimistic that Studio Trigger will accomplish here what they couldn’t quite do with Kiznaiver; a show about human relationships, particularly sexual ones, with real teeth and bite to it.

Or horns, if you will.

2 thoughts on “DARLING in the FRANXX Episodes 1-5”