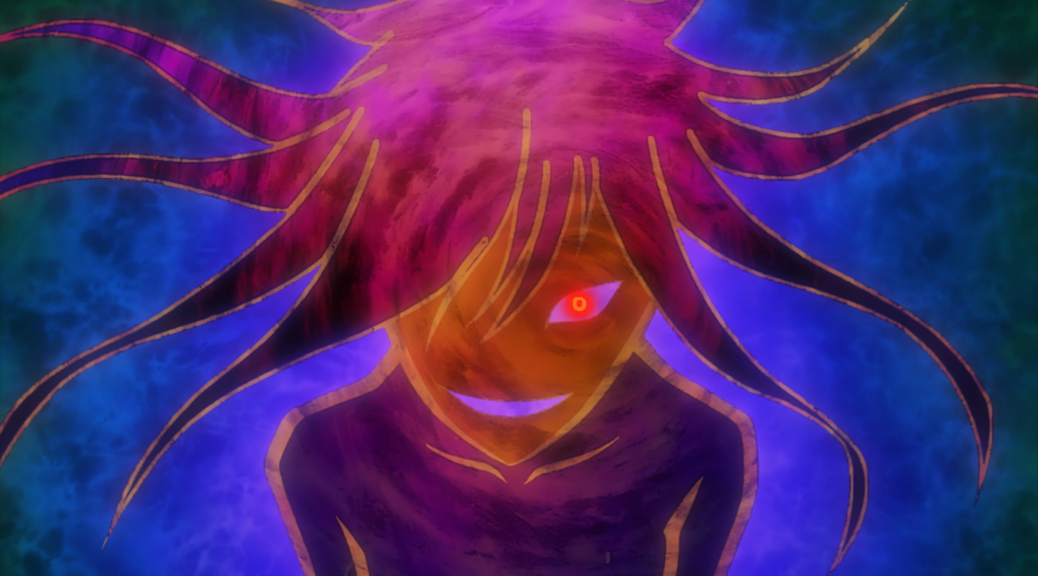 I could have sat down and guessed at potential plots for this show all day long, and I have to admit, I never would have predicted this one. I thought there would be some mysterious, shadowy conspiracy, or an evil villain trying to hack the game, but Karen drawn into the romantic nonsense of two certifiably insane people? Did not see that coming.

First, let’s deal with the rhythmic gymnastics team. Initially I thought having the girls meet up with Karen post-Squad Jam was just a pointless bit of fluff, but as the girls explained their motivation for playing GGO, they presented a good justification for the existence of violent video games in general. Thanks to GGO, the girls were able to become “war buddies,” without the risk or inconvenience of actual war. They’ve bonded as a team, and while they could have done that in many different ways, fighting for their virtual lives together was a very effective way to do it.

However, before you think the show is declaring “Violent games are great! Video Games will solve all problems!” it becomes pretty obvious that there’s a downside; the girls don’t seem to care too much about their chosen sport anymore. They started playing to improve their teamwork, but the means became an end unto itself. I wonder how often this happens in real life; people play games in part to address specific problems, only to get so into the game that they forgot about the problem in the first place. It’s something that’s likely to only become more common as games get more immersive, so it’s an important thing to look out for. 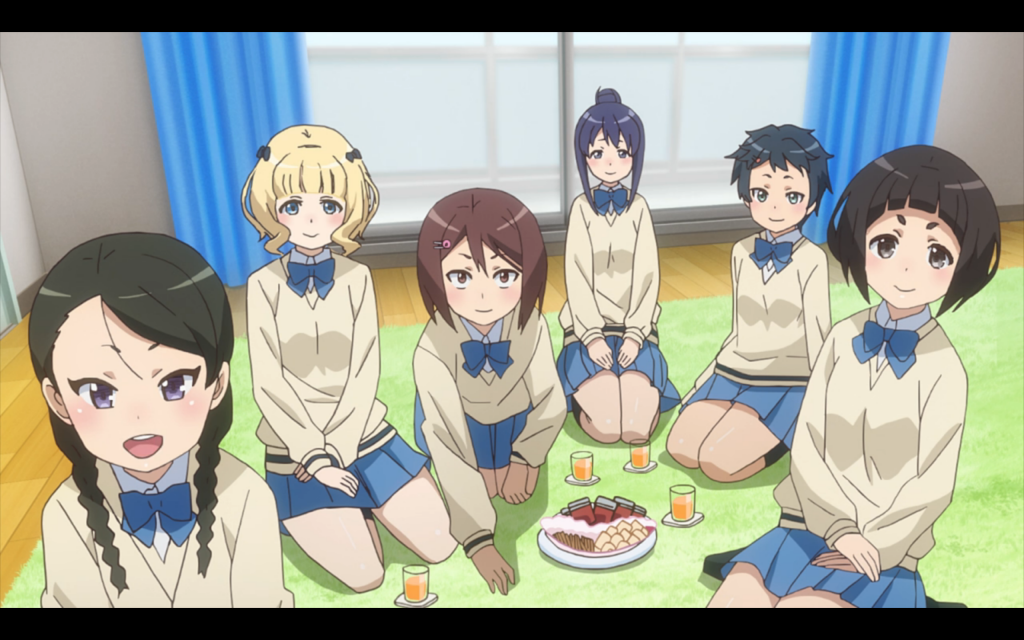 Gun Gale Online: Quite possibly the only MMO where the gamers are actually more attractive in real life than they are in the game.

Then there’s Pito, who’s so upset that she missed out on Sword Art Online the first time around that she’s trying to put another Death Game together. Logically, thinking about the way even the most horrible things seem to become memes that people want to repeat, it makes perfect sense that someone would do this. I mean, Pito and M are clearly nuts (which Karen realizes immediately), but it’s completely believable that they would be crazy in this exact way.

What this storyline seems to be dealing with is how the world would have changed in the wake of the Death Game, but from a different angle from the original series. The main show dealt with a lot of the details, like how SAO kids were sent to a special school for survivors and whatnot, but this show seems to be dealing with how the broader culture has changed as a result.*

I hesitate to bring up school shootings, because I don’t want to get dragged into a gun control argument (and whatever merits those arguments may have, I don’t think there’s any point to having one here), but there are obvious parallels. No matter what we try to do about it, school shootings are part of the culture of the United States right now: it’s awful, frightening, sickening culture, but it’s real. Now, in this anime’s world, killing and dying in real life based on video games is becoming the new culture.

I wonder how much we have to worry about this in the future. Up until now, video games (violent and otherwise) have done little to inspire real-life violence. I’m sure there’re cases where players have hunted down other players in real life to get revenge for in-game altercations, but considering just how many people play video games, that sort of thing is still astonishingly rare. Will it remain so? Are we just waiting on a grisly, seminal event, to get it ingrained in the public consciousness to the point where it becomes a meme, and thus, infinitely repeatable?

This is getting a little too dark for one of my typical anime posts, I think. But one of the things SAO does well, just like Ghost in the Shell, is get us to anticipate societal problems that new technology may enable, before that technology exists. Maybe it’ll never exist; maybe virtual reality will remain as basically clunky and limited as it is now (unlikely, but possible I guess), and we’ll never experience the full-dive games Karen and Pito play. Maybe killing yourself in real life because you died in a game will never take off as a concept. But if games continue to become more and more immersive, this is something we’re eventually going to have to deal with.

I’m impressed that this show brought this problem to my attention, but I think I probably would have been happier if I could have remained ignorant a little longer. So I’m an impressed, depressed anime blogger right now. 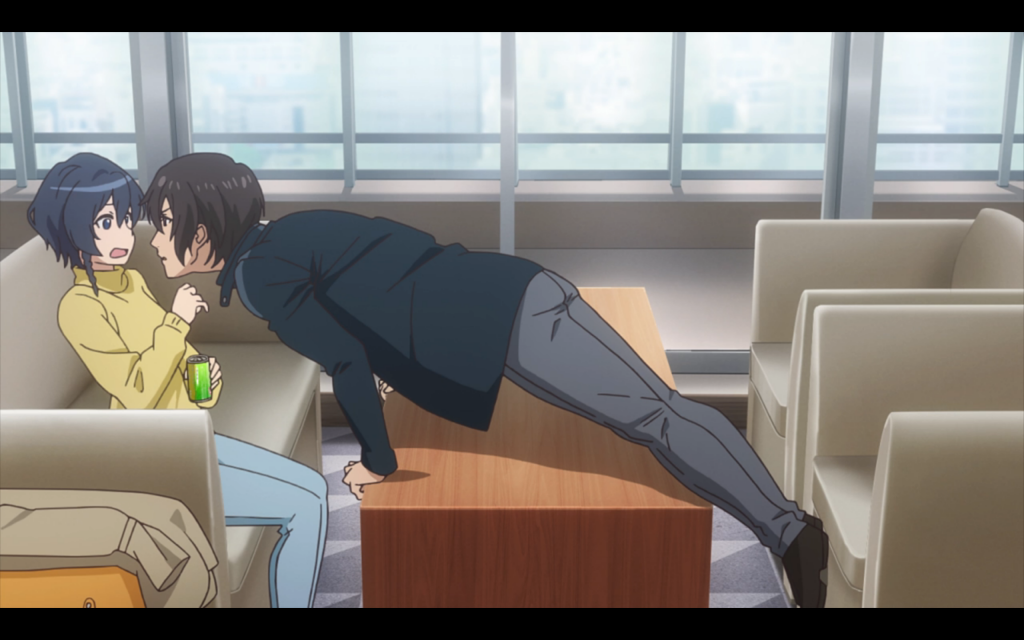 Just in case this was all too serious for you, here’s Goushi being ridiculous, because he is a crazy man with an even crazier girlfriend. Come to think of it, is Pito even his girlfriend? He could just work for her, for all we know.

*I don’t want to say that mainline SAO never tackles these themes, because I haven’t read novels. I’m just comparing this show to the other animated entries in the franchise that we’ve had so far.