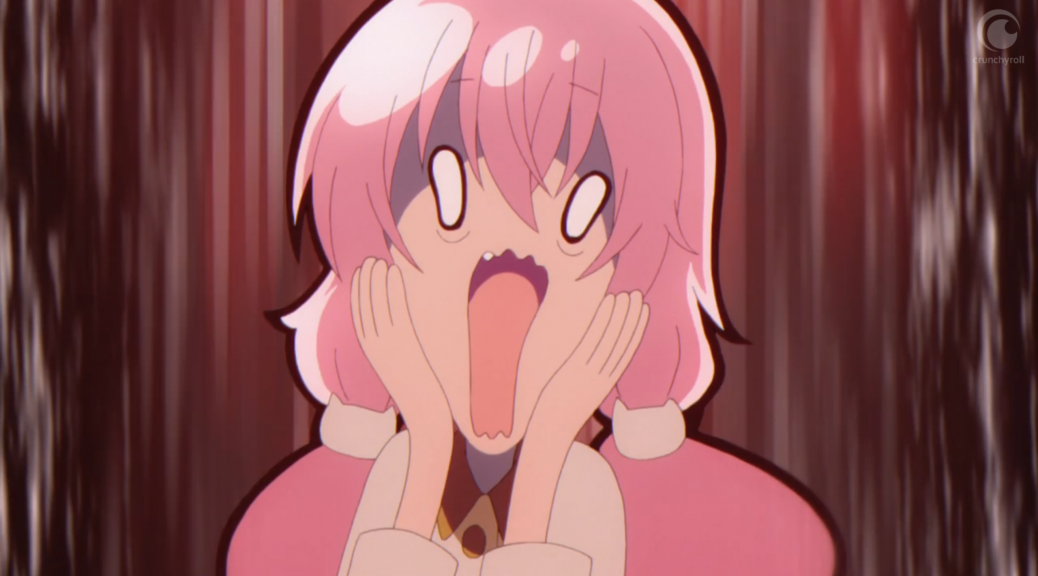 Sometimes my personal quirks put me in a weird position where I hate something, but I know that’s totally on me and does not reflect badly on the media in any way. I pretty much hate horror and have no tolerance for jump-scares and stuff like that, so the fact that this episode is half over-the-top horror was pretty unpleasant to me. That said, I can appreciate that it was well done; in fact, I think this show did a better job creating a horror atmosphere, even with tongue-planted firmly in cheek, than a lot of horror anime that try to do it seriously. Of course, I’ve just admitted that I don’t really watch horror anymore, so I guess I wouldn’t know? The point is, the animators captured the horror vibe really well. 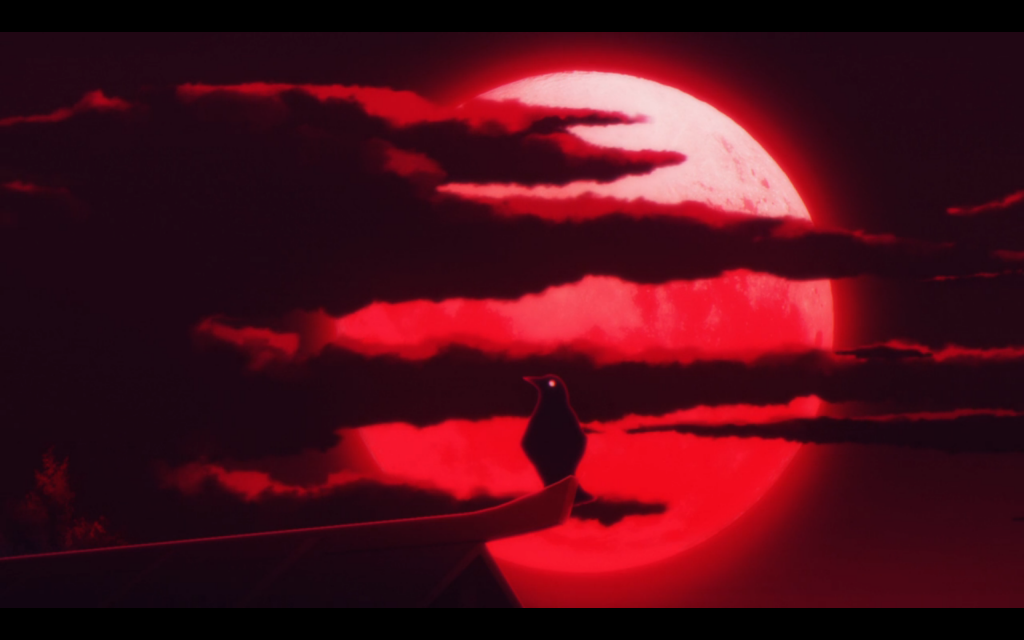 Please stop with these shockingly effective mood shots, I want a tepid Cute Girls Doing Cute Things show and I won’t stand for any insubordination! Wow, I get bossy when I’m terrified.

Once again, I find myself strongly identifying with Kaos, who was screaming her head off during this whole segment; if only I, too, could harness the power of my love of boobs for strength the way she does. Unfortunately, I’m only just okay on boobs (don’t really have strong feelings for them one way or the other), and the more anime I watch, the more I’m beginning to feel that this is a disadvantage. Kaos may be a boiling cauldron of crippling insecurities, but she could probably summon the courage to slay a dragon if someone just told her that she could see some awesome boobs afterwards, and it’s kind of inspiring. 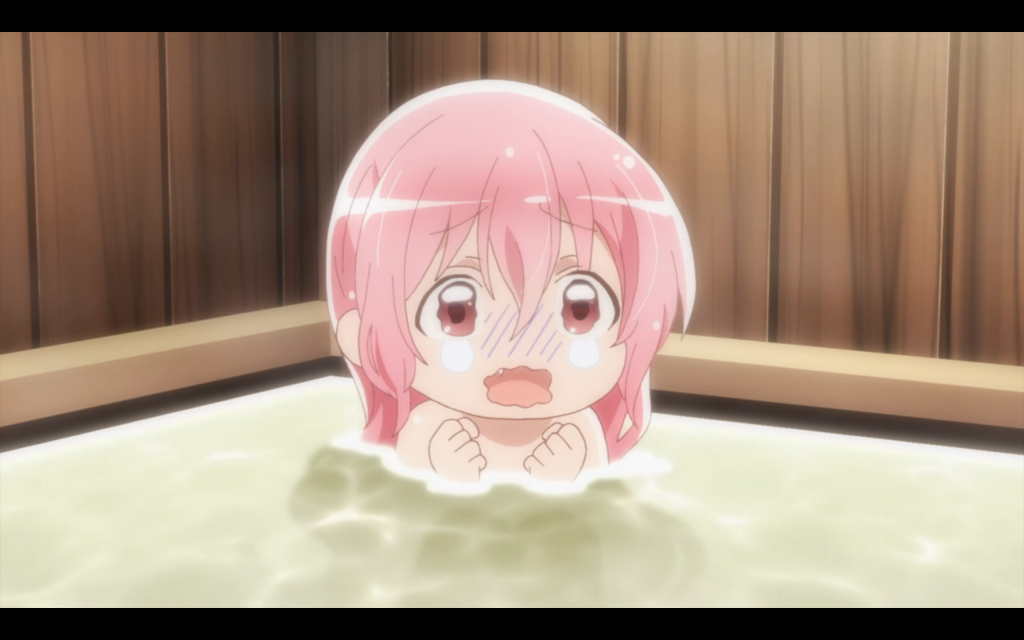 A pretty accurate depiction of my face during the first half of this episode, if only I could watch TV while I was in the bath…waitaminute. Why can’t I watch TV in the bath? A TV in the bathroom sounds unsafe, but it’s only a matter of time before they start making baths with included waterproof TVs, right?

To change the subject from my excessive wussiness, I do like the fact that the new girl embodies her genre of manga, and it would be cool to see more of this. Imagine if they introduce a magical girl manga artist, only she’s actually a magical girl? That would be surreal, but really cool if done right. 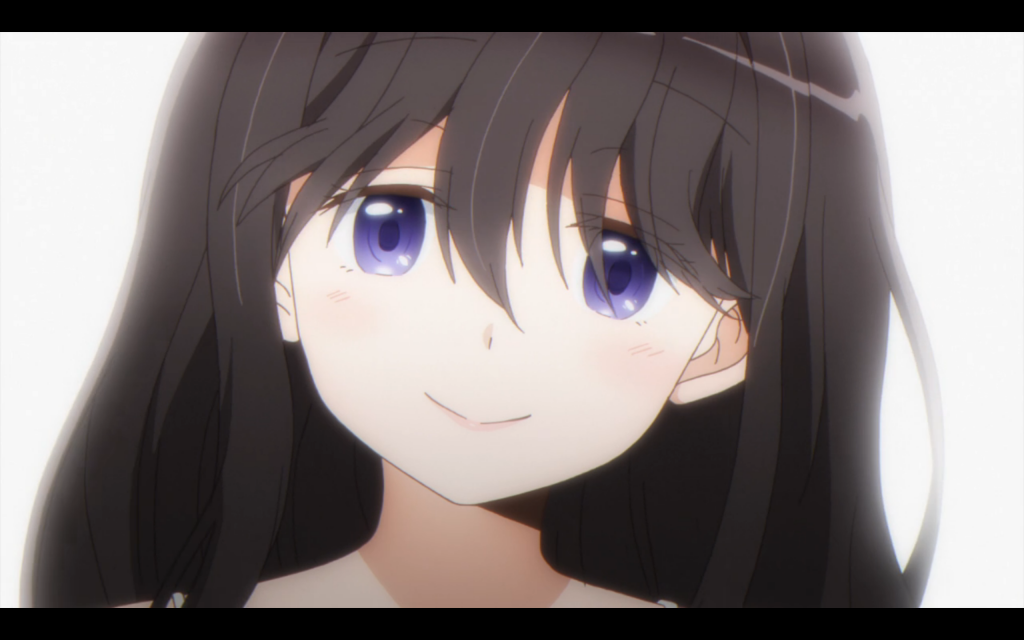 Fuura-sensei; I wish I was better able to appreciate her character, because I know a lot of fans of the show took to her immediately. I just can’t get past the fact that she shows suddenly behind people in mirrors, that’s way too creepy dammit.

The second half of the episode focuses on Tsubasa, who is my least favorite of the four main girls. I don’t dislike her exactly, but she’s just so darned successful at such a young age, it’s hard to relate to her. Ruki is successful as well, but in a different way than she expected or wanted, whereas Tsu has gotten successful drawing exactly what she wants all the time, which isn’t that interesting. We’re supposed to be sympathetic to her because she’s hiding her identity as a girl, thus she can’t go to signings and connect with her fans, but….eh, I just don’t find that very compelling. I’m pretty sure she could come out at as a girl tomorrow, and if anything it would just serve as a PR boost for her manga. It seems like a non-problem. 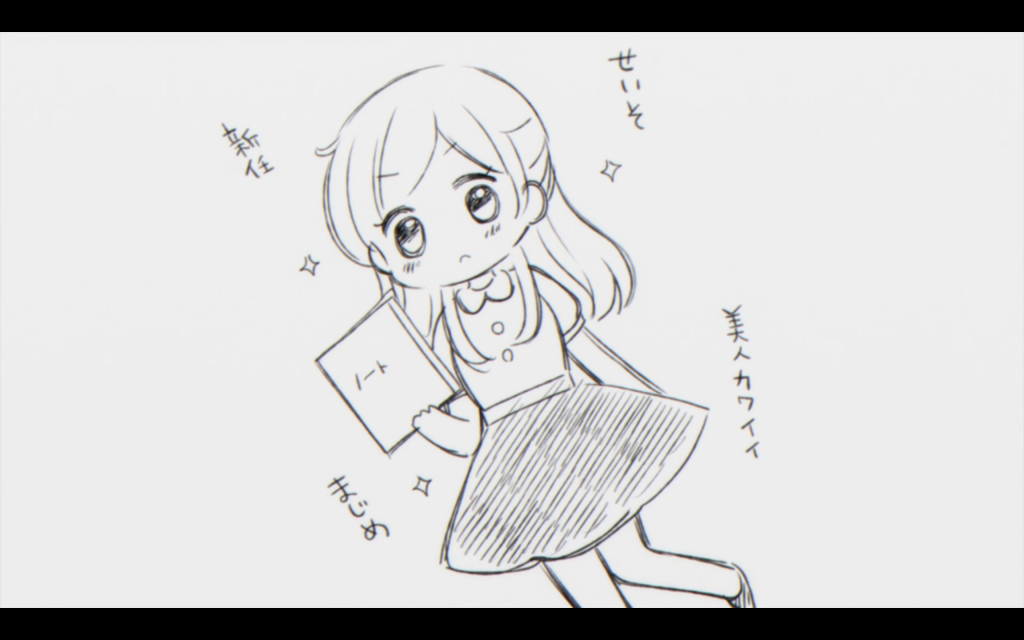 Homeroom teacher Nijino-sensei, as seen through patented Kaos-vision. I joke about Kaos having no talent, but to be fair, her art style is very cute and well-suited to 4Koma. Now she just needs everything else….

I like the character of the otaku teacher, and she serves an important practical purpose; now that the girls have an ally inside the school, maybe they can stop running themselves so ragged trying to keep up with academics and their manga. Look, I’m not suggesting that Nijino-sensei fabricate their grades or anything, but maybe she could cut them a little slack, y’know?

Plus, the fact that Tsubasa’s biggest fan is someone simultaneously really close to her, yet far from her in terms of social rank creates an interesting dynamic. I’m hoping they’re going to come up with some fun things for Nijino to do to try to “help” Tsubasa with her manga that add to the gleeful everyday insanity.

Finally, Kaos seems to be developing as an artist since she’s learning to create characters inspired by people she finds interesting in real life, which is a really useful tool for her to have in her arsenal. She still doesn’t know anything about writing a story, but baby steps kids; baby steps. Frankly, considering the amount of investment Kaos’ editor is putting into her development, Kaos darned well turn out to be the next Rumiko Takahashi at the end of all this, but who’s to say she won’t be? It’s a goofy, surreal, wish-fulfillment kind of anime; nothing is off the table, and that’s what I like about it.