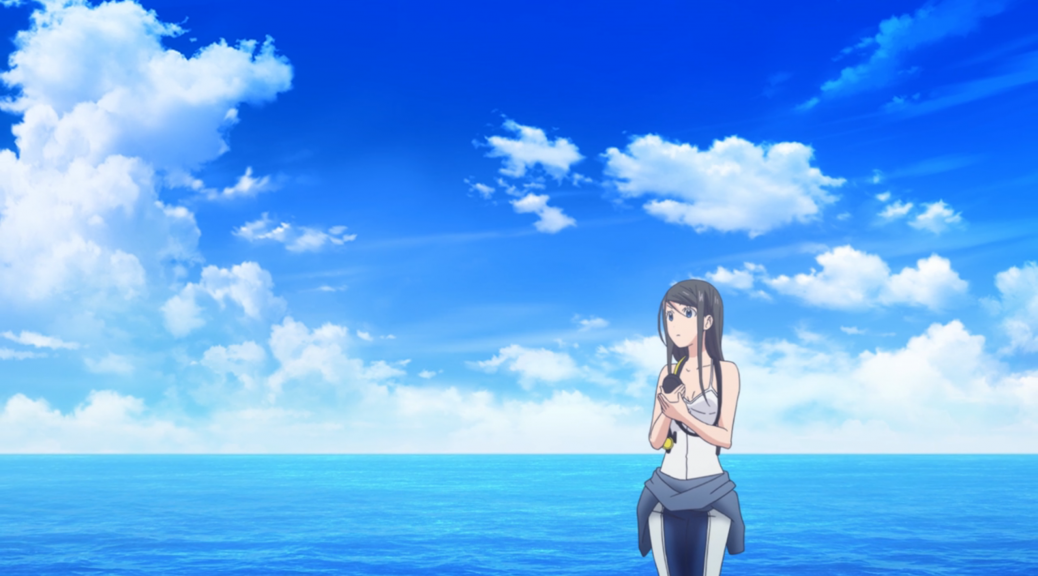 Let’s get things started off properly with your Weekly Pikari Troll Face: 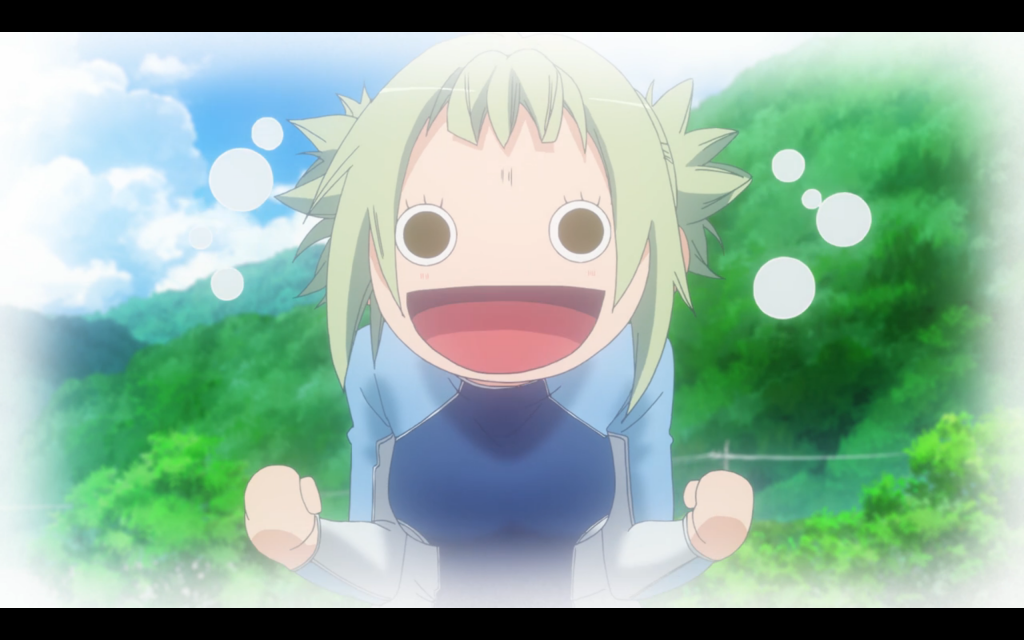 Now that I’ve raised everyone’s happiness stat by +5, let’s get into this episode. Naturally, I’m pleased as punch that this was a very diving-centric story, but there’s more to love about this episode than just that. In fact, Amanchu! is addressing some topics that are incredibly important to me personally, and I think if I was paying better attention to the show overall, it wouldn’t have caught me by surprise that it’s doing so.

Teko has always been an anxious person, and it’s a major accomplishment for her to be able to pass an underwater navigation test on her own, without the rest of the diving club holding her hand. To her credit, even though she has a moment of panic when things start to go wrong, she manages to calm herself and then uses logic to salvage the situation, when she could’ve easily given up. I had to smile at Teko’s nervous glance up to the surface before she resumed the test, verifying her escape route– that’s my coping mechanism, too. So often, when faced with a challenging situation, I think “how can I get out of here, if worst comes to worst?” then once I have an answer to that question, I feel safe enough to proceed. 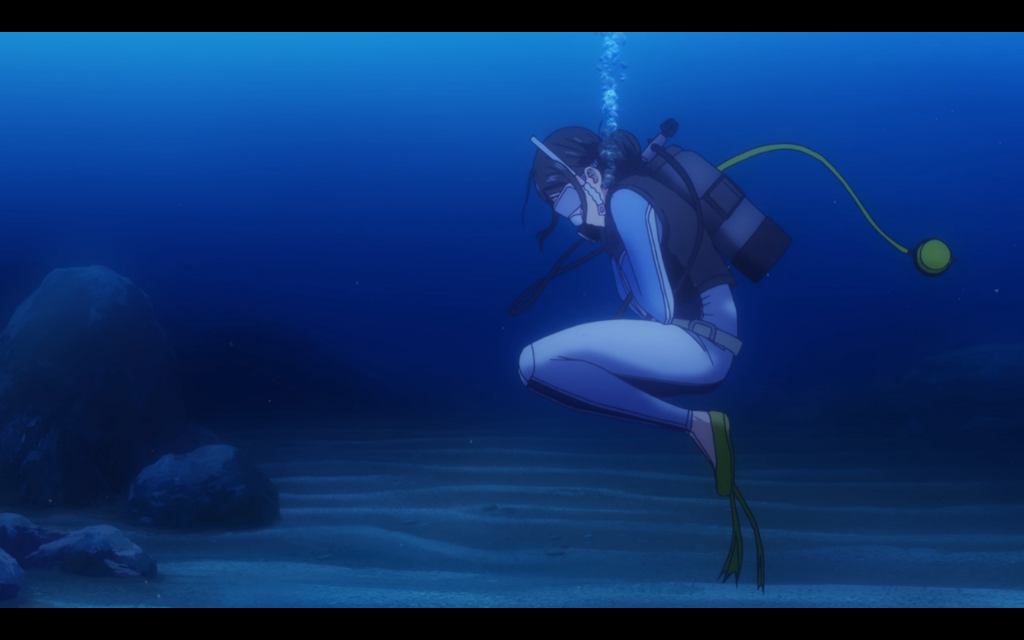 When the subject of night diving comes up, Teko is immediately frightened of it and refuses to give it a try, then feels weak for giving into her fear so easily. What makes this episode really special is not the fact that Teko is struggling with her fear (which isn’t an uncommon theme), but the way Katori-sensei puts things into perspective. When Teko laments that her desire to be a competent diver feels like a fleeting dream, Katori points out that Teko has actively taken steps to become a competent diver, and it makes no sense to dismiss things she’s done in reality as “dreams.”

I don’t know how resonant this conversation is to people who haven’t struggled with chronic anxiety, but Katori-sensei’s comment hit me like a ton of bricks. Because I’ve played the same trick on myself that Teko’s pulling, time and time again, and I can’t seem to stop doing it, even when people point it out. 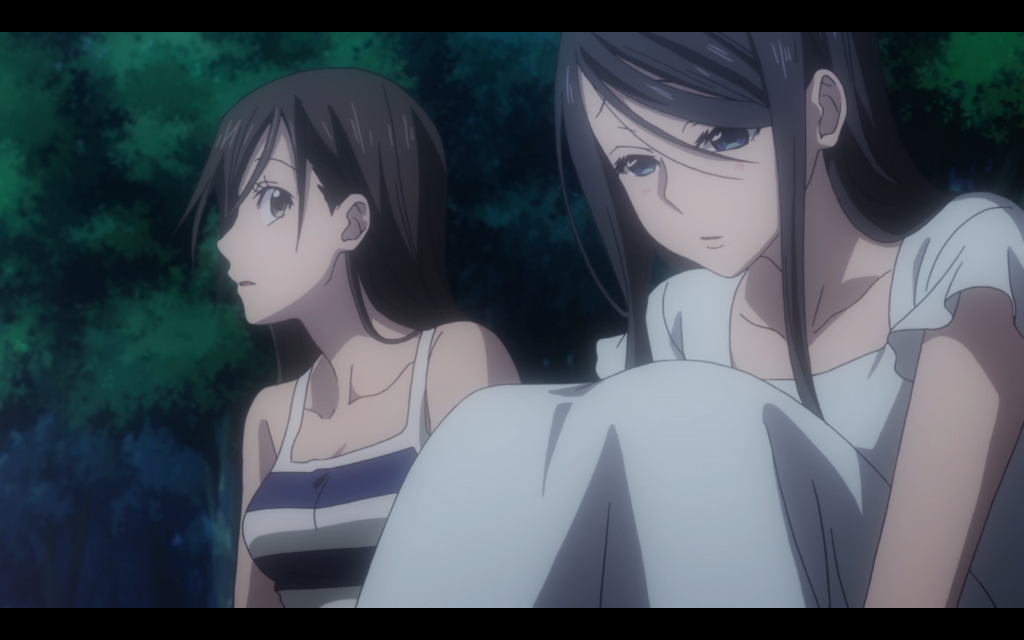 When I’m really anxious and depressed, curled up into a little ball, I feel worthless; I feel like the idea of functioning as an independent, healthy adult is just a dream, and I was an idiot to believe it was ever anything more than that. Those around me will try to remind me, “Hey, remember that time you worked a full-time job? For years?” or “Remember that time you wrote several books?” or “remember that time you took care of your baby full-time, for over a year, even though you were sure you couldn’t handle it?” And stupid me would lie there, curled in a ball, muttering “No, that wasn’t real, that wasn’t real.” Like I had just hallucinated myself into some form of temporary competence.

Right now, as I write this, I’m still not over this problem; I think Teko may have surpassed me. I still feel like the “real” me is the useless one, and the one with all the accomplishments is the result of some weird fever dream; I can’t deny that her accomplishments exist, but I feel like they were done by somebody else, like I was temporarily possessed by a more competent person, but I don’t know where she is these days. I’m afraid she may never come back.

I’ve gotten rather far afield of Amanchu! at this point, but I think it’s a credit to the show that they’re using the subject of diving not only to draw pretty underwater scenery (which I appreciate on it’s own merits), but to really explore how we often let fear control us, and how to possibly break out of it. The show doesn’t offer any great answers; it is, after all, just a 20-minute episode of anime. But it’s got me thinking about possible solutions, which is more than I can say for 99% of the shows I watch.

The weird thing is, I don’t know if I want Amanchu! to continue to have substance like this; part of me wants it to just be Pikari troll face, beautiful scenery, the twins do something stupid, upside-down Pikari troll face, rinse and repeat. Because if Teko continues to grow at the rate she’s growing, I’m afraid I’m going to be left behind.