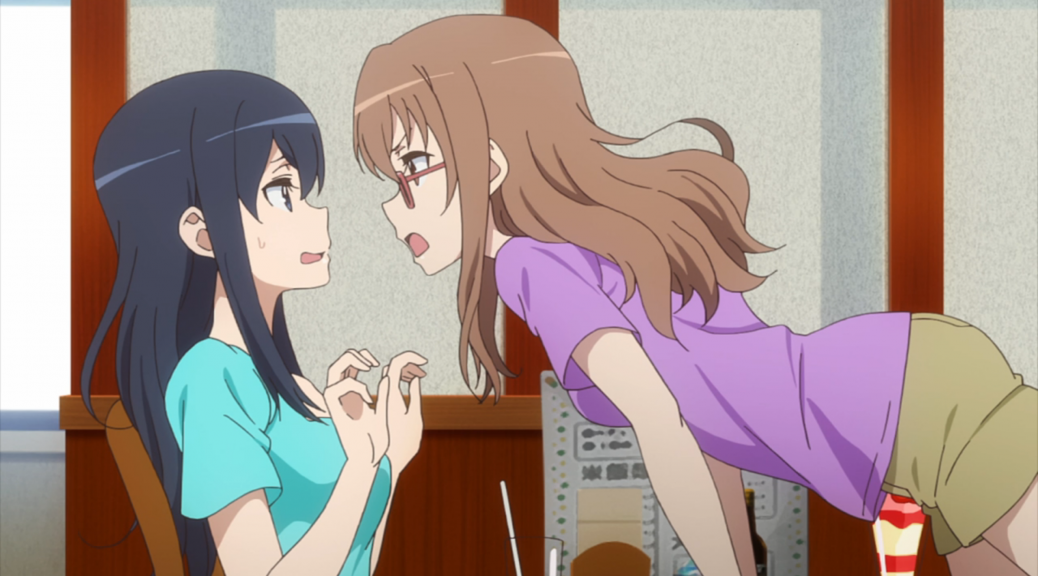 There’s some good news: this episode provides a clear answer to the main question I’ve had about this show all along, which is “Why doesn’t Karen just play ALO?” The bad news is it’s a stupid answer.

Apparently, in 2025, avatar customization options do not exist in MMORPGs, and you are stuck with random character rolls. So Karen (player of the LLENN avatar) starts playing Gun Gale Online because it’s the first game where she rolls a short, cute avatar. That is literally the only reason why she starts playing; she rolled a short character.

Okay, I don’t have a problem with the fact that Karen wanted to play someone short and cute (more on that later), but how, in 2025, do they not have any avatar customization options in any of these games? Why can’t she just choose to play a short character in ALO, or whatever game she wants? This seems like a really obvious feature to be missing from games in the SAO world. 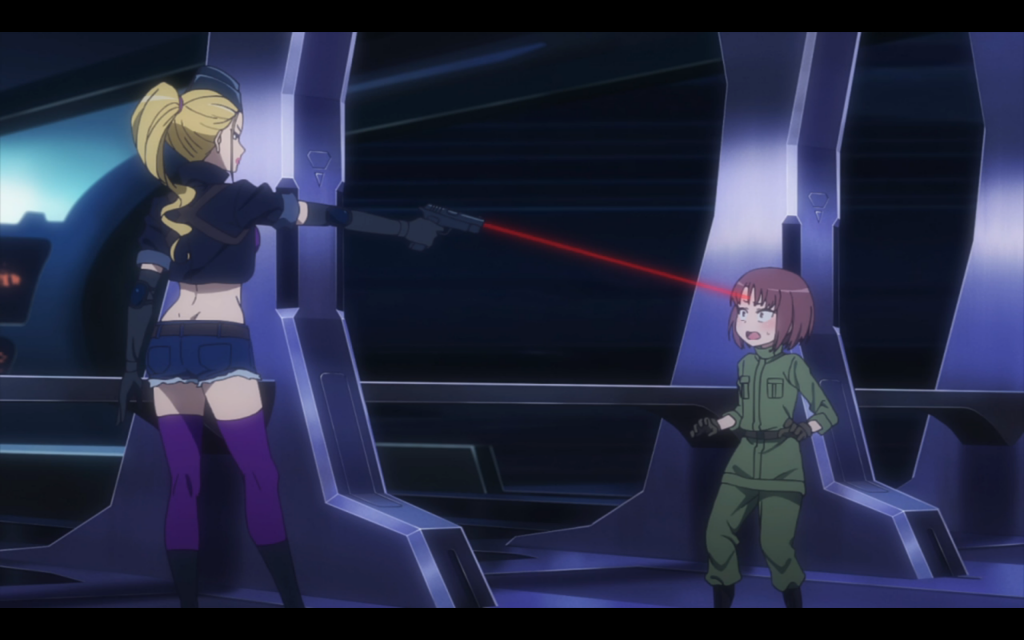 This shot bugs me because I’ve had the maxim “never point your gun at anything you don’t intend to destroy” drilled into my head, and it looks especially wrong to break this rule at a shooting range, where gun safety etiquette is paramount. I know that this is a virtual shooting range in a video game and no one is actually at risk, but something about it still kind of bugs me. Don’t use GGO to teach bad gun etiquette, world of 2025!

If you want to overthink it (who? me?), it could have something to do with how Sword Art Online started, in-universe. That game did have avatar customization, which was then undone by the villain once the Death Game plan was revealed, leaving people effectively naked without their chosen avatars. So it could be that in MMO culture in this world, avatar customization options are associated with  SAO because that’s the last time they were used, and no one wants to be reminded of that. Maybe it’s a superstitious thing, like the way some buildings don’t include a 13th floor. Alternately, it could just be that for some reason, the people developing these games all decided at some point that rolling random avatars was the best way to keep everybody honest, rather than letting people stack the deck in various ways.

Really, I would accept many explanations for why there’s no customization in GGO or any of these other “advanced” MMORPGs; I’m just a little ticked that we don’t get one at all. This is probably one of those things where I have to go read the novel for it to make sense, right?

Anyway, back to Karen’s desire to play as a short character, that I don’t have any problem with. As a six-foot-tall woman in Japan, she’s used to standing out, and she wants to use VR to experience the other side of the coin for once. Also, her comments early in the episode to the effect of “if only I were small and cute…” can actually be interpreted as a tiny bit of commentary on moe as a phenomenon. Just as seeing women with thin bodies held up as the standard in art and advertising can upset women with stockier builds (whether it should or not, or whether it should to the extent that it often does is another story), seeing women with small bodies as the standard can be upsetting if you happen to be really tall. 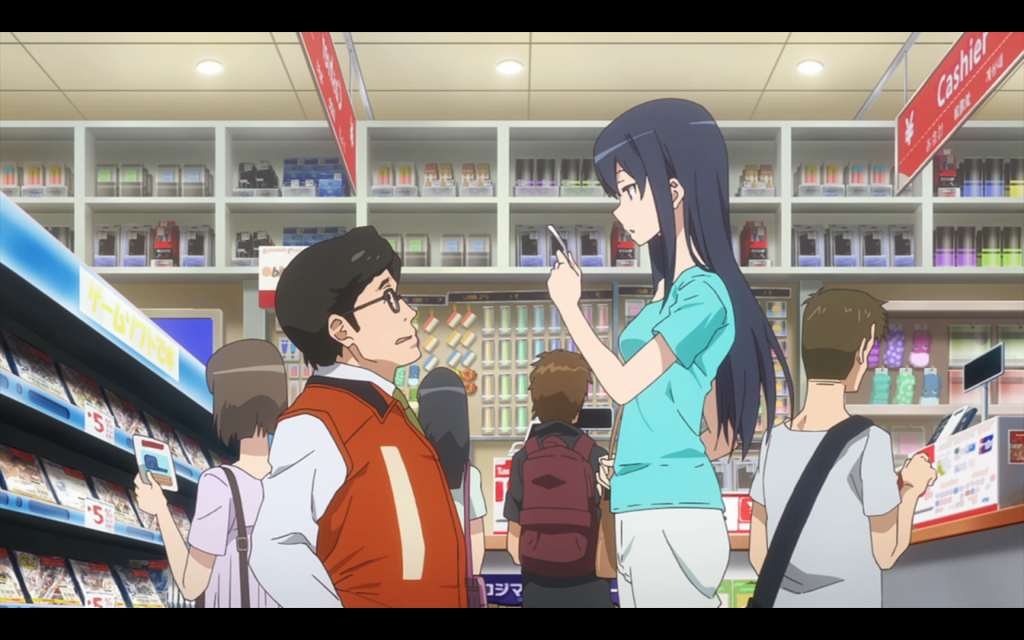 Tao Okamoto, the actress who played Mariko Yashida in The Wolverine, said that she always felt out of place as a tall Japanese girl, so she related to the story of the mutants in the X-Men movies. Now remember that Karen is supposed to be several inches taller than Okamoto is, and imagine how she must feel.

Also, it’s not just a cosmetic difference. Karen is used to bumping her head on signs and always being seen, wherever she goes; as the tiny LLENN, not only is she extraordinarily agile, but she can hide from other players with ease. It’s not just about being small and cute, it’s about choosing when and if people see her, after feeling like she’s been on display for her whole life. I can see why that experience would be liberating for her, and would make the game more addictive.

So I’m definitely on board with Karen’s motivations for playing the game and playing the way that she does, but I’m still not sure if I have that much interest beyond that. In addition to introducing Karen and LLENN properly, this episode also introduces Pito, another female GGO player with a penchant for PVP combat. I think I’m supposed to be anticipating the inevitable LLENN vs. Pito fight, but so far, I really don’t care about Pito. Funny note: I just dropped into Wikipedia to double-check what Pito’s name was, Wikipedia spoiled me as to Pito’s true identity (which is exactly what I thought it was), and I still don’t care about her. 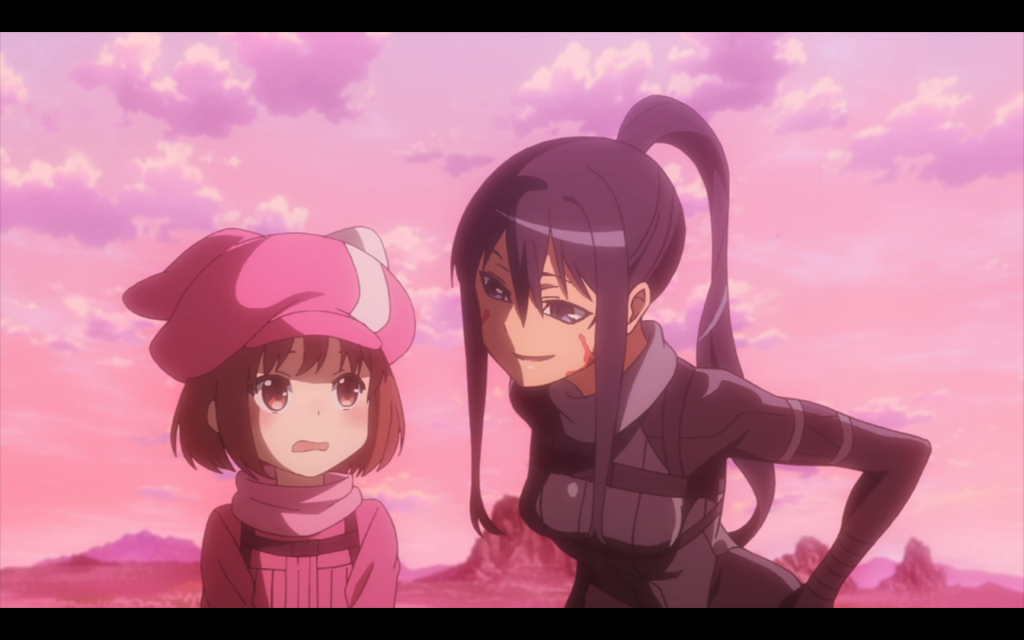 Trying to work up the energy to care about Pito…trying again…caring engines at maximum thrust…Imma givin’ ’em all I can, Captain…nope just don’t care nope nope nope

Plus, GGO just looks so boring to play. At least the PVE campaign looks action-packed, but once LLENN “graduates” to PVP, she seems to spend most of her time sitting around in the desert, waiting for targets to show up. If you’re watching an anime about a video game, I think it helps if it looks like a game you’d actually like to play; then again, maybe it’s just me? Maybe a lot of viewers would love to play a game like GGO, and I’m the only one with this problem?

Anyway, I’m interested enough to keep tuning in and see what Karen/LLENN are up to next week, but for me to really get into this show, either it has to introduce more than one character that I care about, or the action has to get more interesting; or hey, even both. I wouldn’t say no to both.