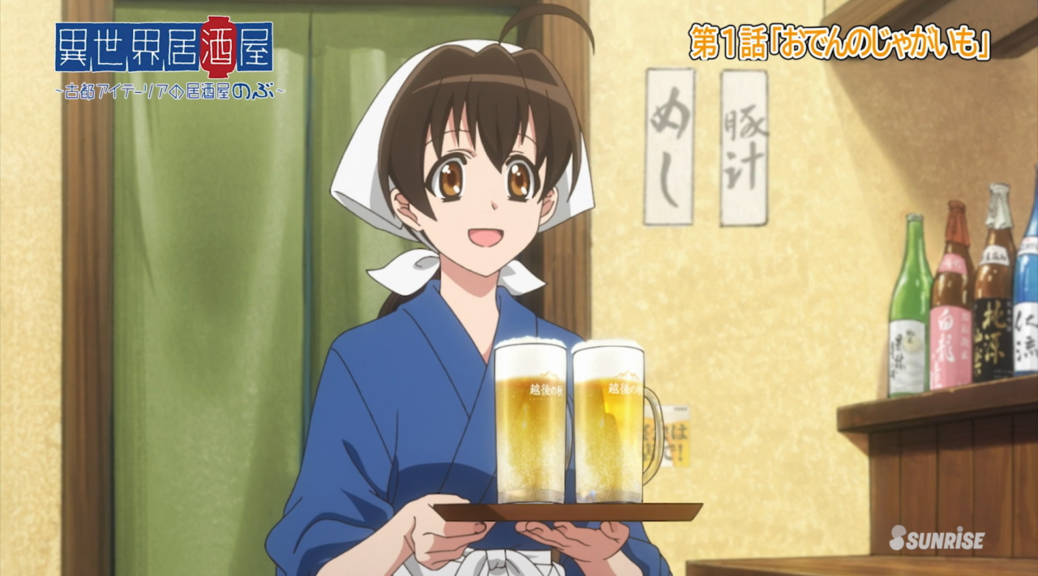 This show has me very confused. I’m 99% sure I already saw this show in the summer of 2017, when it was called Isekai Shokudo, or Restaurant to Another World. Now it’s called (roughly) Snack Bar to Another World, and features the exact same premise, only, it’s not a new season of the original show. I thought maybe it was a related spin off, kind of like Sword Art Online Alternative is to regular SAO, but no, that does not appear to be the case. Someone choose to release a completely unrelated show called Snack Bar to Another World not even a year after Restaurant to Another World started airing, and they don’t seem the least bit ashamed of it.

I was prepared to throw up my arms and sneer “what a ripoff!” but  the plot thickens! See, minimal Wikipedia research reveals that the light novel for Isekai Izakaya was actually published before the light novel for Isekai Shokudo, so if anything, the latter is more likely to be the ripoff. But, but…regardless of what went down in Light Novel Land, this is the exact same show that was on last summer. And I don’t mean “it’s the same genre,” I mean it’s the same exact concept. People in a medieval-type fantasy world discover a modern Japanese restaurant that mysteriously has an entrance to their world and ooh and ahh over how good food has become in the age of refrigeration, advanced farming and other modern technology.

So far the primary difference is a downgraded waitress. Shinobu, who waits on the dumbstruck customers of the Izakaya, seems to be a normal girl who likes eating chicken; in Restaurant from Another World, one of the waitresses was an immortal dragon who lived on a dead planet at the edge of spacetime and communicated telepathically. I mean, it’s all subjective, but I think Restaurant probably wins in the “intriguing waitress” category.

Considering the fact that episode 2 spent a lot of time repeating material from episode 1, asserting that this is an inferior version of Restaurant to Another World seems valid, even if Shinobu does turn out to be a transformed chimera or something. Even though calling it a ripoff is grossly unfair, considering when the source material was published, the fact remains that I liked this show a lot better the first time. 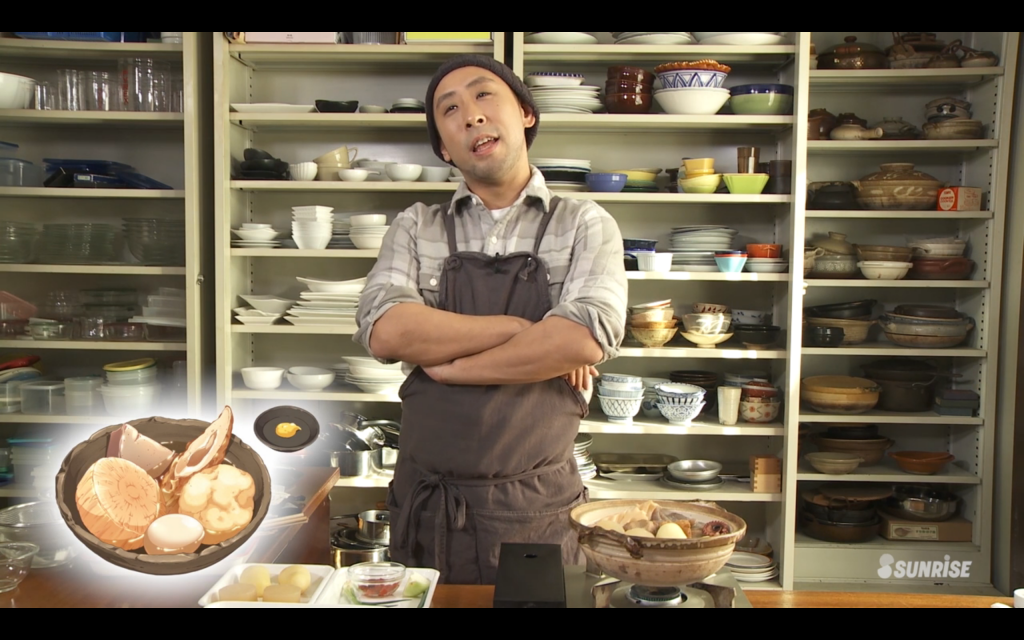 The live-action bits are the best part of the show so far, but stuff like this is what I have Netflix for.

The one exception is the fact that the end of the episodes feature brief, live-action forays into Japanese food culture, and they are rather interesting. I’m not sure if I should give the anime credit for including decent documentary footage that isn’t actually part of the anime though. Besides, these live action bits remind me of Wakakozake, and that reminds me of the fact that Crunchyroll hasn’t uploaded Wakakozake Season 3 yet, even though it’s been filmed. What’s the deal with that, Crunchyroll? I need to see Waka-chan get hammered and eat her weight in yakitori, what is the hold-up?????