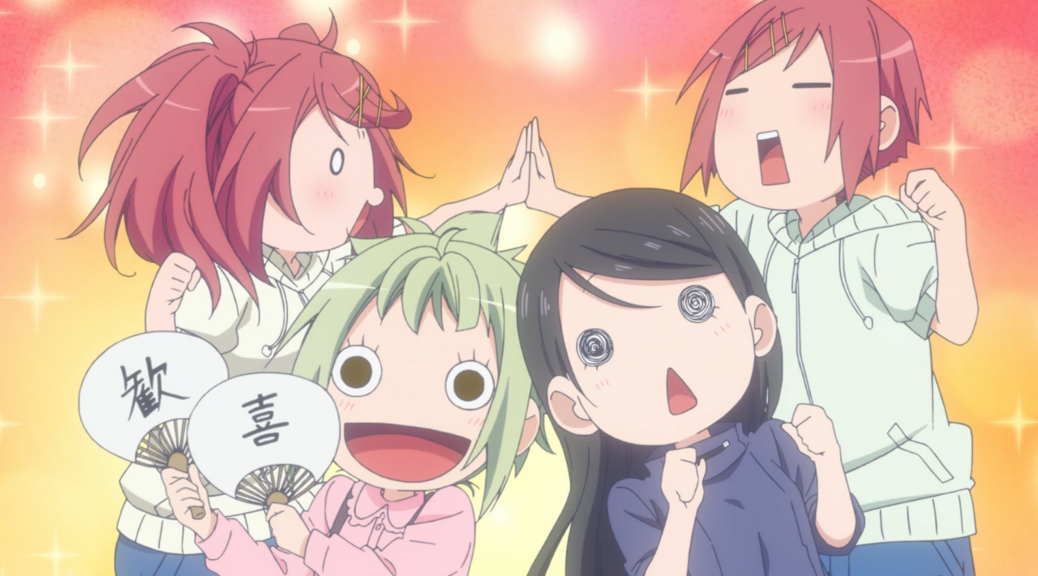 This show outsmarted me, dammit. I was saying preseason that I would only keep up with Amanchu! S2 if the show actually showed the girls scuba diving, instead of just talking about scuba diving a lot and doing random, unrelated things. This episode contains not one, but two dives, only we see each of them on screen for about ten seconds.  So technically, there is a lot of diving going on, we just don’t get to see most of it.  The lion’s share of screentime is used up by Pikari accidentally going topless, surprising amounts of food porn, and perhaps the most unnecessary love confession scene in the history of anime love confession scenes.

I feel so used. 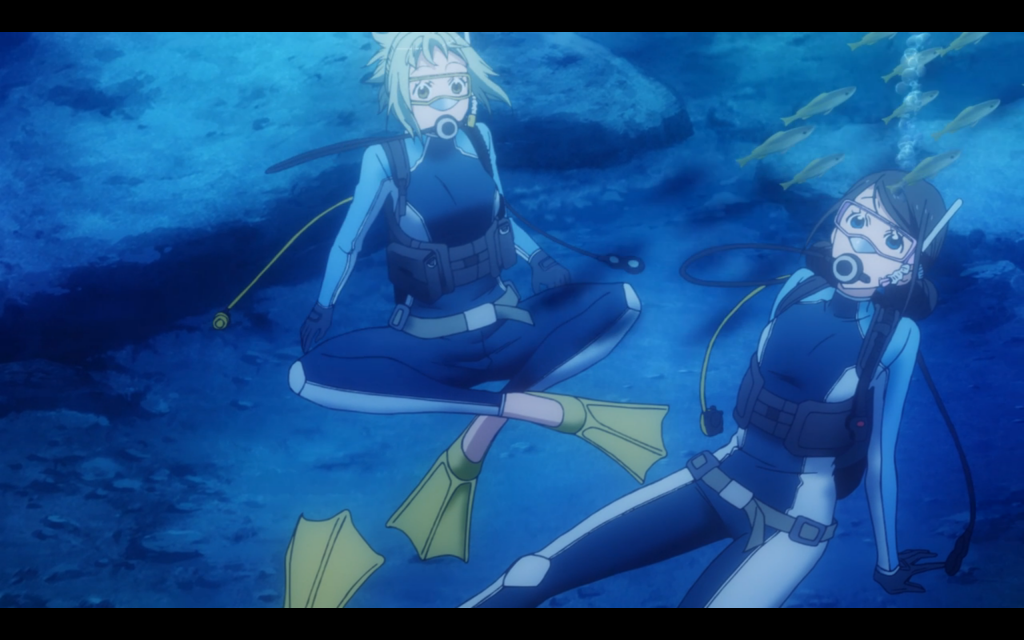 This was a lovely three seconds of animation.

Okay, so Amanchu! gamed my requirements just like films in the Marvel Cinematic Universe game the Bechdel Test; I can be salty over it or I can just get over it like an adult blogger. All that aside, this was a pretty good season opener. It could have used more scuba diving (which is always true), but it covers a lot of ground in further fleshing out the relationship between Teko and Pikari, which is the core of the show.

However, before talking about stuff that relates to plot and character development or whatnot, can we just take a moment to appreciate the return of Pikari’s Awesome Troll Face? 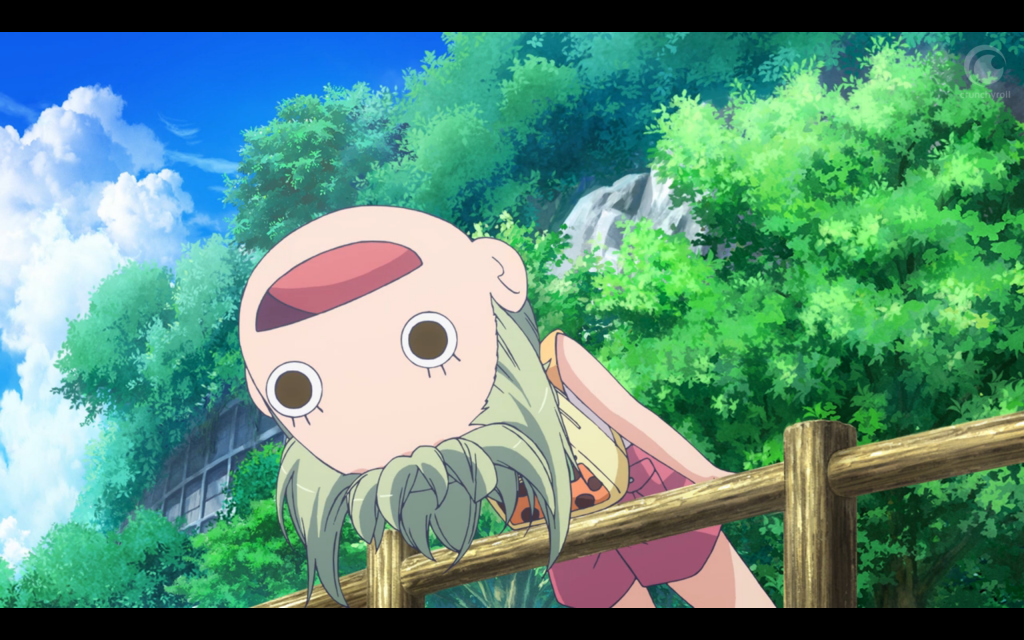 Oh my God, THIS. This is what I wanted from Amanchu S2, even though I was too stupid to realize it at first: Ridiculous chibi Pikari. When Pikari makes this face, all is forgiven.

I don’t really know why, but seeing Pikari’s face like this always makes me incredibly happy. Maybe it’s because it’s the closest we’re ever likely to get to an animated Yotsuba, and we all could use more Yotsuba in our lives? Possibly.

Anyway, after establishing that Teko really, really loves Pikari (duh), we get a plot where she seemingly pulls away from Pikari, and Pikari misinterprets it. Turns out that Teko is aware that all the joy in her life comes from Pikari, and she’s afraid that when she and Pikari are inevitably separated at some point in the future, she’ll have nothing left. Teko is trying to find a way to enjoy life even on her own, demonstrating a surprising amount of foresight for a high school student. Pikari’s wrong (but completely in-character) solution to this problem is that, while she can’t deny their time together might be limited, they can get around the time limitation by having “Infinite Fun!” during the time they do have. Because Fun is an infinite resource. 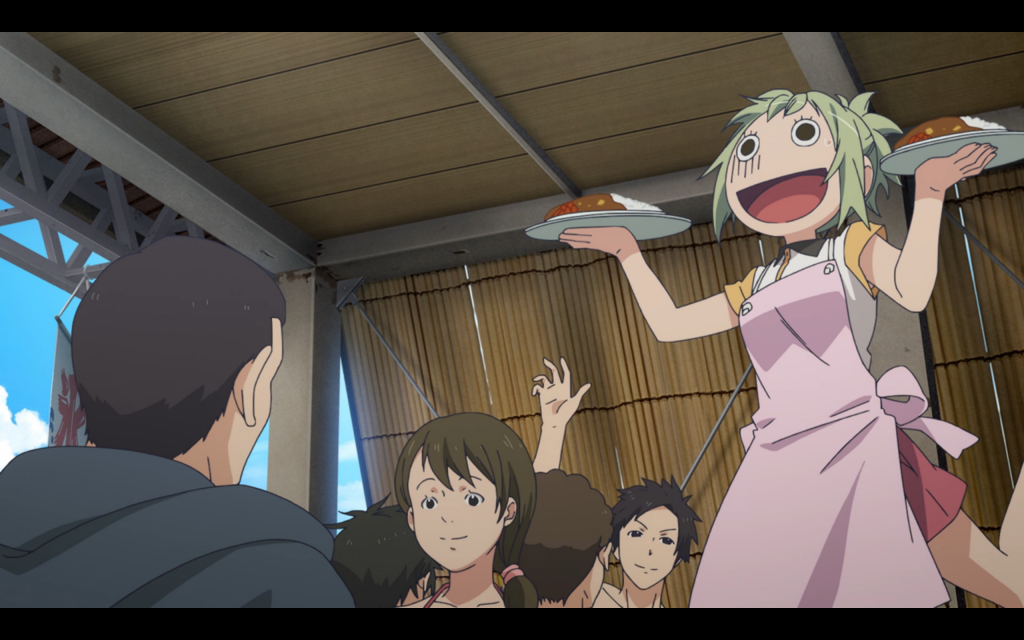 Two of my favorite things in the universe are a)curry and b)Pikari’s Insane Troll Face, and this screenshot has both. BOTH! I told you this episode was a winner.

This episode also focuses quite a bit on the Amanchu beachside restaurant, something I barely remember existing in the previous season. Later on the girls (and one boy) have a barbecue together, and the quantity of food porn begin to approach Food Wars! levels. Come to think of it, aren’t Amanchu! and Food Wars! both JC Staff shows? I like to think that some of the Amanchu! staff went over to the Food Wars! department and were like, “We need to make a simple bowl of pork soup look insanely fucking delicious,” and the Food Wars! animators were like, “Bwahahahahaha you’ve come to the RIGHT PLACE!!!” Then they all went out for yakitori and beer afterwards.

Yes, I’m aware that the anime industry probably doesn’t work like this, with shows being made in adjacent rooms and whatnot. Still, it’s nice to think about; don’t disabuse me of this notion with any real information about how JC Staff operates, I probably don’t want to know. 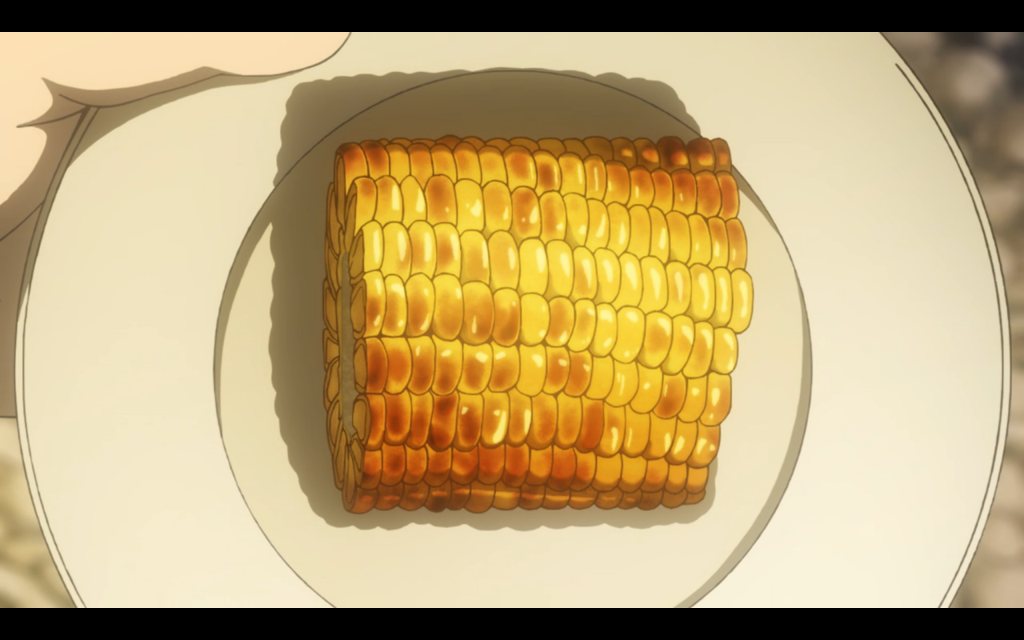 Okay, it’s normal to make beef and curry and stuff look delicious in anime, but when they go to this much effort to show the perfect char on a piece of corn, you know this shit has to be deliberate. They were determined to make sure even the vegans were salivating during this episode. 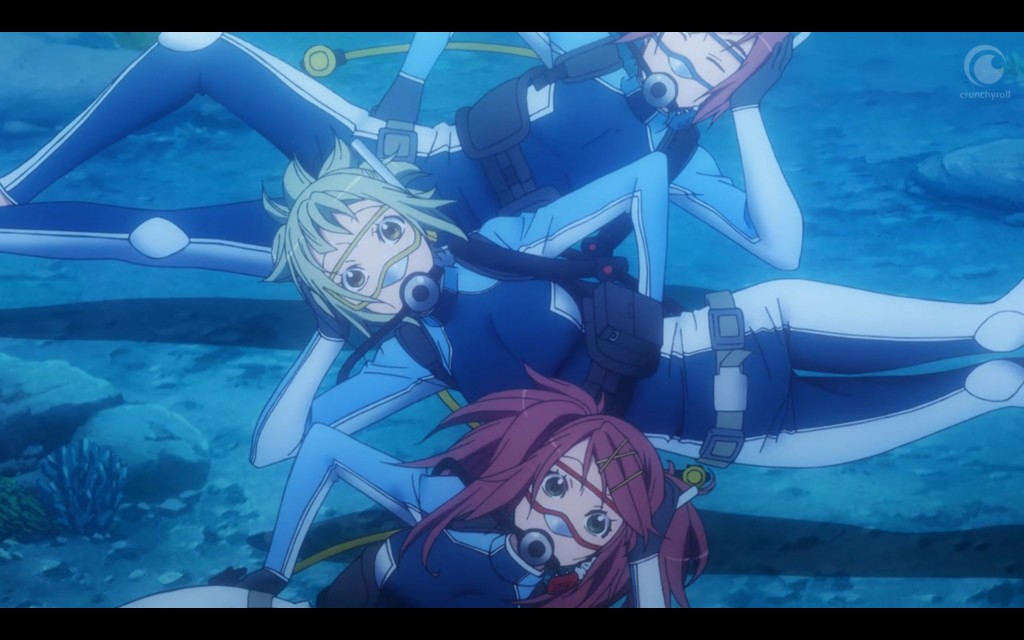 Stop posing, you only have ten seconds of underwater screentime and there’s no call for this silliness. Practice ballroom dancing with an octopus, or something productive like that.