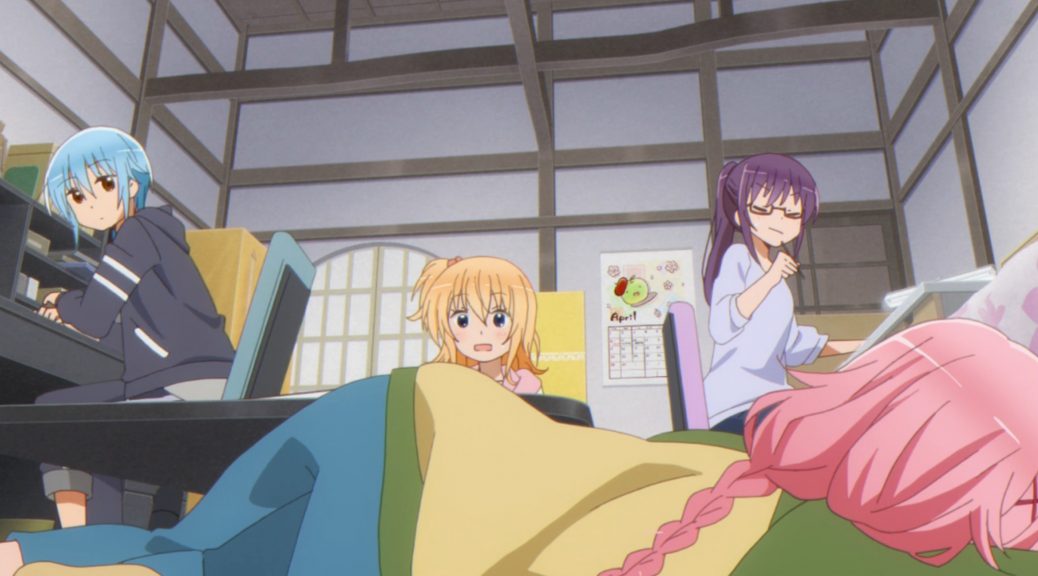 Despite how excited I was for this show in the lead-up to this season, I find myself with surprisingly little to say about it now that it’s started. It’s doing the right thing in that it’s actually about what it says it’s about, girls drawing comics– it’s not just a generic “cute girls in high school” show with a thin layer of manga-styled window dressing, which was my fear for it. The fact that the girls spend about half the of the first episode actively working on manga together makes that perfectly clear. 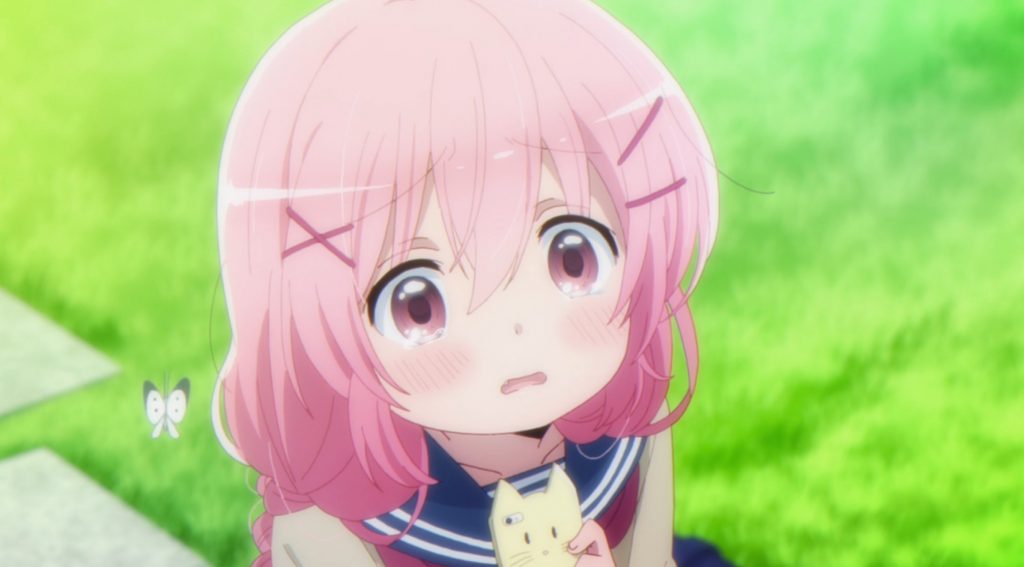 Here is Kaos, our protagonist. It’s like someone took Nadeshiko from Laid Back Camp and made her even cuter, which should not even be possible. I just want to hug her, feed her delicious cookies, and tell her that drawing comics is a beautiful dream that only ends in terrible emotional pain.

Plus, the challenges the girls encounter in their manga efforts (like drawing in proportion, learning to draw both sexes equally well, etc.) are things that anyone who’s ever tried to draw comics can probably relate to, but haven’t come up much in anime. Bakuman was a great show about creating manga, but in that story, Mashiro started out as such a competent artist, we never really saw him struggle with beginner problems like “Is this character’s head waaaaay too small for her body?” It’s nice to see comic artists who kind of suck at drawing, I can relate to that. 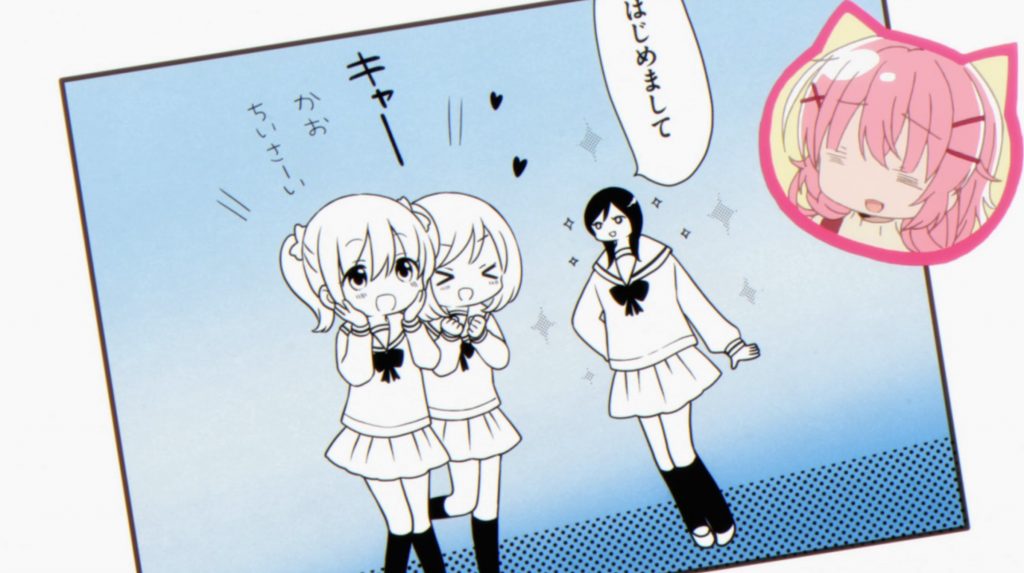 Yup, I relate to this. I don’t know why it’s so darned hard to draw people in proportion, you’ll go back the next day and the mistake will be glaringly obvious, but it never looks that way while you’re at the drawing board. WHY?

The more successful artists, Ruki and Tsubasa, have accomplished the dream of having serialized manga series in high school, which is pretty much the dream of every kid who doodles comics in their notebook. Appropriately though, the two serialized artists are too stressed out by deadlines to fully appreciate what they have, and it’s only through Kaos and Koyume’s eyes that we can really see how awesome it is to have gotten so far in the field at such a young age. 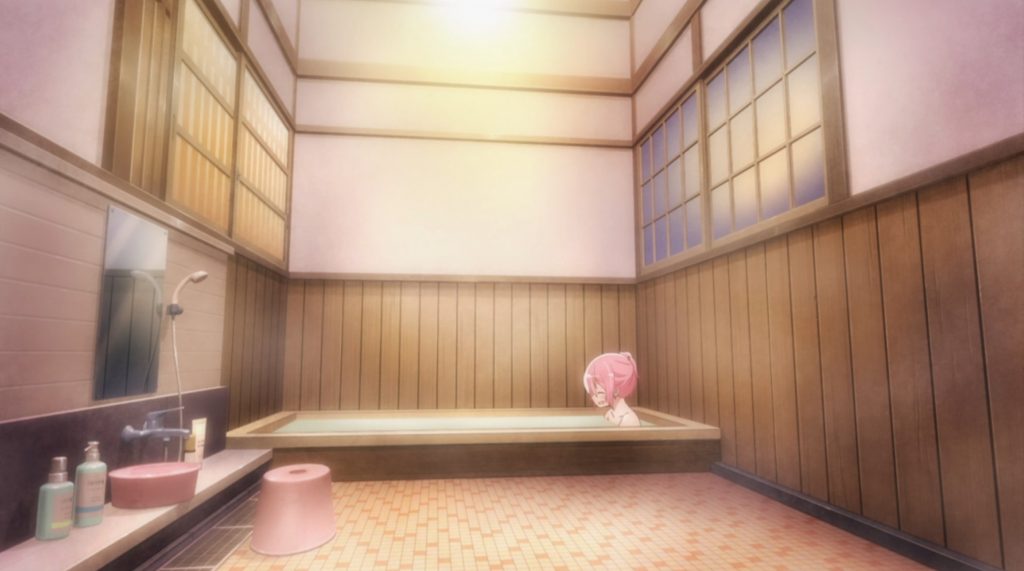 No, no no get this OFF my screen! I sat through like five seasons of Hidamari Sketch, I do not need to see even one more scene of an artistically inclined girl taking a bath. MAKE IT STOP– oh wait it was only a short scene, I guess that’s alright then.

Surprisingly, we even get some character development this early on; the episode starts with Kaos hearing bad feedback on her manga and nearly disintegrating in despair; after getting acclimated to living in the comics dorm, she’s able to accept similar bad news without getting discouraged. The fact that she’s already showing growth makes me optimistic that she (and Koyume) are really going to improve their manga over the course of the show, which will be much more interesting than if everyone just stays at the same level. I’d especially like it if Ruri and Tsubasa start hitting some walls in their careers, but that may be due to my being stupidly jealous of their success, rather than hoping for interesting plot developments. Yes, I just admitted to being jealous of fictional characters, today is really not a great day for me. 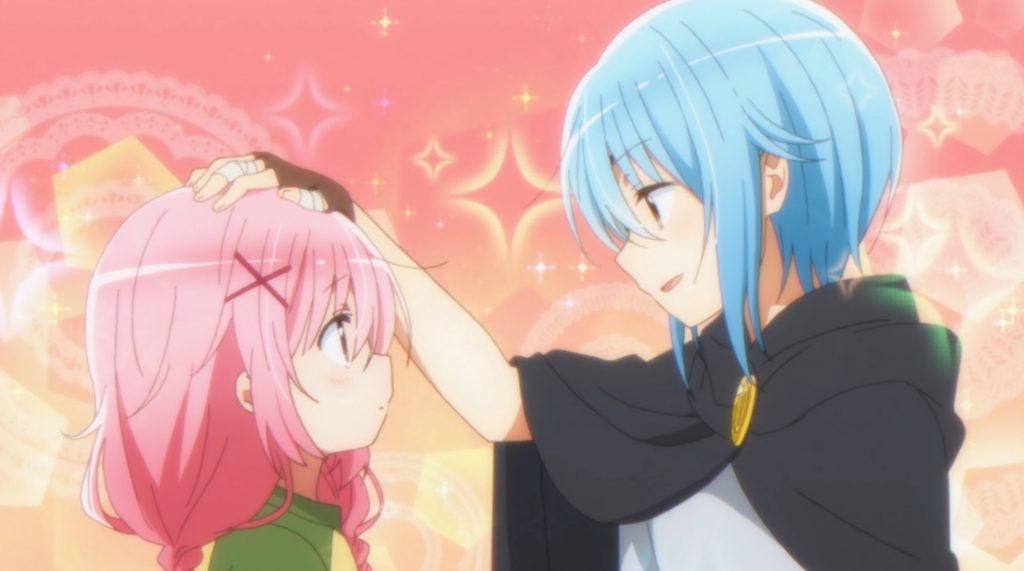 “Someday, young Comic Girl, you too will master the art of drawing characters in proportion; seriously, their arms will be the same length and everything. It’ll be totally awesome. If  you’re lucky, that might even happen before you get a repetitive stress injury in your drawing hand!”

So uh, yeah, Comic Girls: it has a nice premise, it’s funny, the characters are likable, and all that good jazz. I recommend it, I’m just hoping I start to feel a bit more passionate about it as it goes on. Because right now this show is in this weird category of “I think this is pretty good, so why don’t I care?”