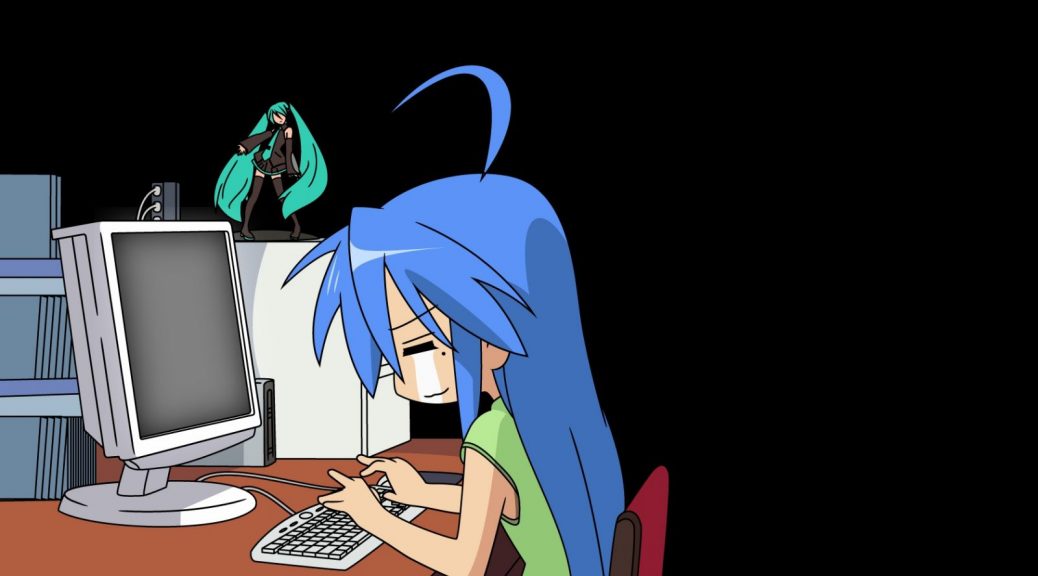 I realize the question I’ve posed above has a very simple answer: there is no point to anime blogging; there is no point to anime, for that matter. In fact, we are only primitive water-based lifeforms clinging desperately to a piece of spinning rock in space, and ultimately, nothing matters. Now that we’ve covered the ultimate answer, which I see as a matter of doing my due diligence, let’s move on to something worth talking about, because the ultimate/existential answer happens to be really boring.

Seriously, why do we blog about anime? To entertain? To some extent that’s true, but then you run into the problem that certain kind of shows lend themselves to that much better than others. I had a lot of fun blogging Wizard Barristers, which was a pretty bad show, primarily because it was a mess and it gave me tons of material to make fun of. I also had fun with Madhouse’s X-Men anime.* However, doing episodic blogging of a show that’s actually good is of questionable value. For a lot of shows, all you’re left doing is speculating about what’s going to happen, which is kind of pointless; it’s not like you’re going to win a prize if you’re right. And for some shows, like Girls Last Tour or even March Comes in Like a Lion, providing the kind of flippant commentary that blogging seems to lend itself to would feel downright disrespectful.

So episodic aniblogging can be entertaining, providing you’re covering a bad show that wouldn’t be worth watching on it’s own merits…meaning, it’s a format best used for shows that really shouldn’t be worth the effort in the first place. For better shows, especially shows of a more serious nature, it’s better to watch the whole show (or at least a significant chunk, like a season), and then blog about it. This produces better writing, at least in my experience, but it does feel rather limiting. So you watch a 12-episode show, about 4 hours worth of anime, and then produce maybe a 1,000 word essay. That’s it? Seems a little anti-climactic.

There’s another problem with episodic blogging, regardless of show quality, and that’s the tendency for the blogger to become a wanna-be writer; we start predicting where the story’s going to go, then get upset when it doesn’t necessarily go there. With a lot of shows I’ve written about, I’m not sure if they were disappointing because the writing wasn’t that good, or because I was irritated that the show didn’t do what I felt it was supposed to based on the hints that I thought I’d picked up on. So in this case, reading an episodic blog of a show is watching the blogger finish the story in their head, then have a gradual angry breakdown when the story reveals itself to be something entirely different. Maybe that’s fun if you have a sadistic streak, but it doesn’t seem like something we should be aiming for here.

I guess what I’m really wondering is, what are people really looking for from anime blogging, assuming they want it at all? I like it when a show first airs and people are posting all kinds of screenshots, jokes and speculation; I like the community that forms around that process. It’s a lot of fun, but it’s something tailor-made for social media and chat services; Twitter, Discord, etc. It’s a collaborative play on the show that needs multiple people to work, and not something a single blogger can do.

Well, I suppose you could do a blog about an anime and just post screenshots and jokes and silly captions, but then you’re just doing what social media does, only worse. I’d like to think that there’s still some use for the blogging format without watering it down.

I like writing about anime, and I’d like to continue doing it. I don’t think it’s pointless, even though some of the more popular models of anime blogging seem increasingly pointless to me; I think there’s a better way of doing it, and I just haven’t figured out what it is yet. I feel like there’s an obvious answer right in front of my nose, and one day I’m going to smack my forehead and yell “Aha! This is how anime blogging should work in 2018! This is what this format really has to offer!”, but that day is not today.

If you’d like to help me out, you could let me know in the comments what you enjoy about anime blogging and why. Then, if I ever discover the secret to Aniblogging 2.0, I’ll be sure to credit you in my upcoming book, “How to Justify Spending Huge Amounts of Effort on Wastes of Everyone’s Time.” It’s a working title.

*Blogging about X-Men was a little different from blogging about another bad anime because the X-Men were pretty much my first love when I was first getting into the whole geek lifestyle. I wanted that show to be good, and when it wasn’t, I enjoyed making fun of it, but it was still kind of bittersweet overall.

8 thoughts on “What’s the Point of Aniblogging, Anyway?”