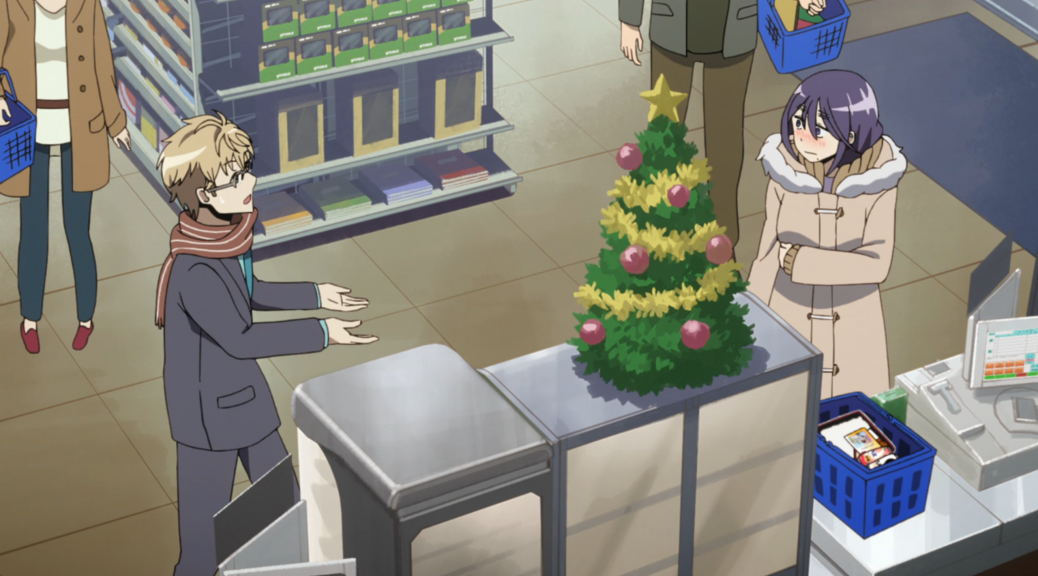 No, you did not accidentally click on a link to a different blog. I really did title this post “Gender in {Show}.” I think I’m okay, but I’m due for a physical soon anyway, so I’ll let you know if this turns out to be the result of a brain tumor.

Seriously, there’s nothing inherently wrong with examining the way any given show portrays gender; it’s just that the resulting analysis is something I usually find counterproductive. With most shows, you can usually find examples of gender tropes being reinforced, but also examples of these tropes being subverted. People will use either a glass-half-empty or glass-half-full perspective (“Why this Popular Show Secretly Hates Woman,” versus “Why this Popular Show is Surprisingly Feminist,”) to push whatever view they feel like on that particular day. On the rare occasion that someone is honest about what’s really going on with the show in question, then we get an essay that basically says that the show is gender-conforming sometimes, but not all the time. Which, despite the virtue of at least being honest, is a really boring read.

Therefore, most “Gender in {Show}” articles are either:

Rarely do we get a show where enough of the meat on its bones is really about gender, meaning that writing about this topic is actually relevant. Recovery of an MMO-Junkie, (“Net-juu” if you’re saucy) is one show where a lot of the story actually relates to gender; how people think of themselves as female vs. male, how they present themselves, and what happens when they playact as the other gender.

The focus on gender isn’t that noteworthy in and of itself, because other anime have tread similar ground; what surprises me about Net-juu is just how nuanced the portrayal of gender is. When Morioka plays a male character in the MMO Fruits de Mer, she experiments with acting how she imagines a young man would act. However, what this show does that I’ve rarely seen elsewhere in anime, is acknowledge the fact that even her appearances as a woman involve a kind of role-playing. 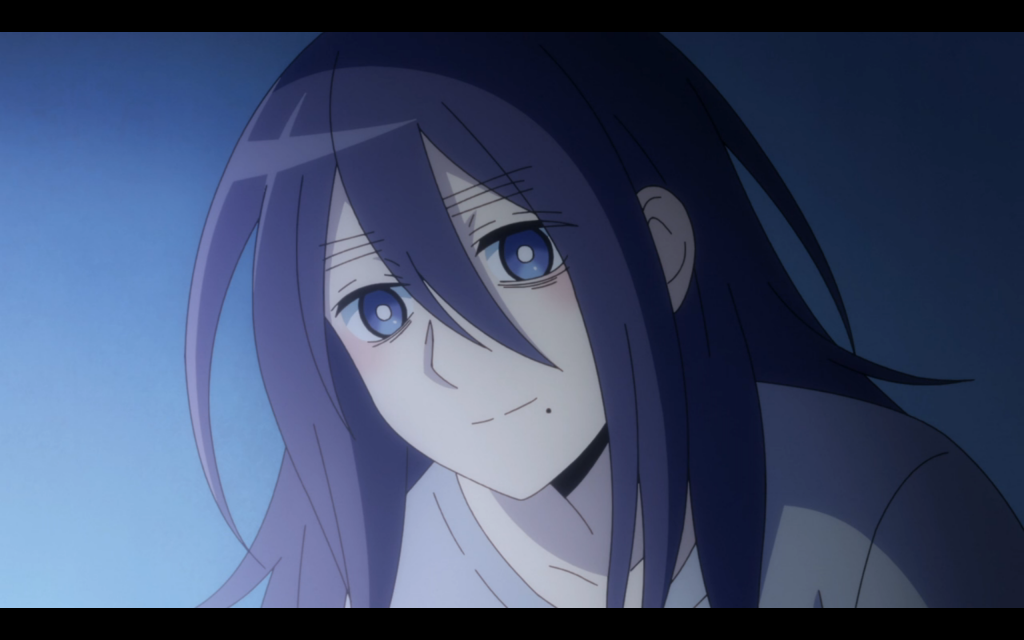 Private Morioka: tousled hair, boring clothes, bags under her eyes and a furrowed brow. Poor gal could probably use a shower something fierce.

Left to her own devices, Morioka is unkempt: loose clothes, messy hair, heavy bags under her eyes from staying up too late in front of the PC. However, when she’s asked out on a date, she won’t go as her sweatpants-wearing, MMO-addict self. Her checklist for the things she needs to do to make herself attractive are very much like putting together a fairly elaborate costume. Does she need new stockings? Does she have stylish clothes that fit? How many different kinds of make-up does she need to buy? How is she supposed to know what hairstyle is considered optimal?

The post-makeover Morioka looks very different; classy, bright-eyed and healthy. Her skin seems to glow, likely because she’s wearing make-up on her face for the first time in months. She walks daintily in heels, as opposed to rough the way she throws herself around her room when she’s alone. She is essentially a different person.

However, is this pretty Morioka a fake? Not at all; dressing like this, being this person, was her life for a decade when she worked an office job. She’s a bit uncomfortable changing back to her old self after spending a long time shut up in her apartment, but once she’s there, she slips back into her old persona fairly well. Simultaneously, Morioka is putting on a performance (being the pretty, polite, well-coiffed woman that’s very different from who she is in the privacy of her bedroom), but she’s also being genuine; this is a different side of her than the one that plays a male warrior in Fruits de Mer, but it’s still her. But if her identity as a woman is at least part performance, doesn’t that make Hayate, her character in-game, a legitimate manifestation of herself? After all, whether she’s presenting herself as her actual gender or not, in both cases, there’s a large element of play-acting going on. What’s the difference? 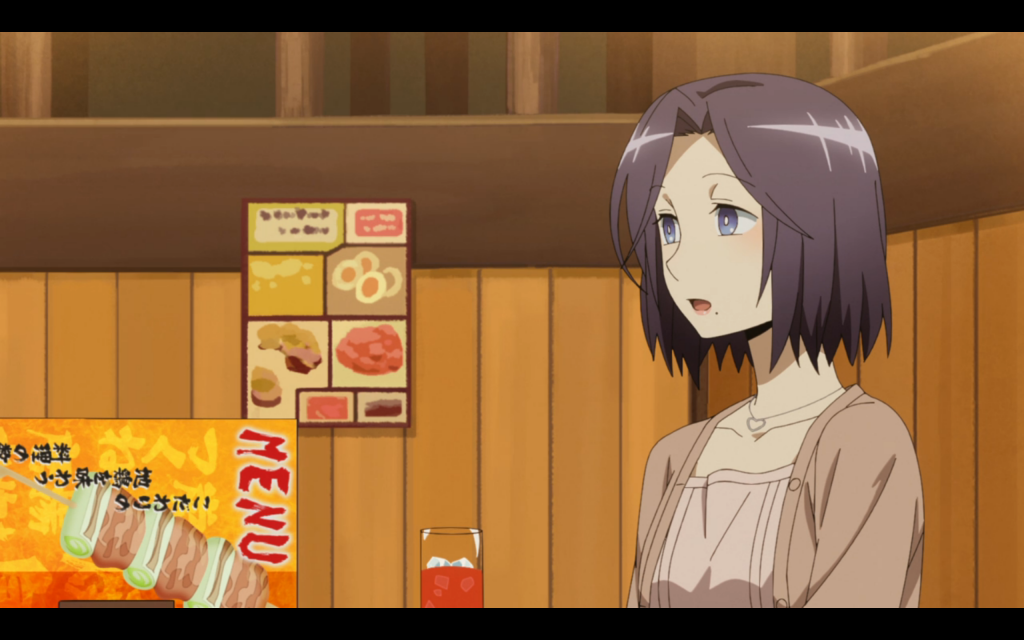 Sakurai presents another interesting case. A sensitive, soft-spoken man, he plays a pink-haired female healer in-game, where his kind nature is seen as an asset instead of a sign of weakness. We don’t see that much of his struggles with traditional ideas of masculinity (primarily because he’s not the main character), but it certainly seems like playing his female avatar is refreshing for him, something which probably wouldn’t be true if his role as a male didn’t grate on him sometimes.

Later in the show we find out that his elderly adoptive parents died when he was young, and that playing MMOs is the way he recreates the feeling of having family. Curiously though, as a nurturing-type character– not only a healer, but the kind of person who helps newbies by giving them great equipment– Sakurai is taking on the role of the kind of mother-figure that he clearly wishes he had. Wouldn’t it make more sense to try to get on the receiving end of that kind of relationship? Maybe, on some level, he doesn’t believe he deserves it. You could even say that playing the unfailingly generous Lily is a way of running away from his own neediness.

Then we have Koiwai, who makes the whole thing into a farce. He creates a female character, but purposefully makes her as large and muscular as possible. He has no real interest in role-playing as a woman, so it doesn’t make any sense for his avatar to look particularly feminine. If anything he’s just trying to be quirky, to stand out, but like a lot of fun-loving people, he may not fully realize the implications of what he’s doing. The whole point of Koiwai’s beefy Homare avatar seems to be that she looks out of place in the game; without necessarily meaning to, he’s reinforcing the idea that there’s something inherently ridiculous about masculine women.

So the show is about pretending to be the opposite gender online, but also pretending to be your real gender in real life, because you try to present a more idealized version of what your real gender is. It’s also about people who see the whole thing for the sham it is and treat it as a farce, which is admirable in some respects, but can also accidentally cause harm to those for whom the nature of their gender identity is a very serious affair. And all of this is complicated by the fact that the majority of these interactions occur online, where obfuscation of your real identity is not only allowed, but encouraged…until you reach a certain point of intimacy, at which point lying about who you are starts to feel dishonest, even if it’s “only” a game.

To be perfectly honest, I’m not aware of how much analysis of MMO culture is out there; I’m a single-player gamer, and I generally have no reason to even think about MMOs. So it’s possible that there’s a whole body of literature that discusses this sort of thing, and Net-juu isn’t breaking any new ground at all. But from my (admittedly uninformed) perspective, it seems like the show is not only tackling the thorny issues of gender identity, but it’s doing so with the added complexity of gender in the age of limitless, anonymous online experiences, where gender is a reflection of something the player wants to express with their avatar. Furthermore, online, gender is something that’s optional to buy into; people can try to make their characters seem particularly masculine or feminine (however they define those two terms) all of the time, some of the time, or not at all, entirely on a whim.

As I write this, the show still has two episodes left to air, so I’m probably jumping the gun here. However, the show’s interesting portrayal of gender dovetails with what I believe to be the show’s main theme, which is that the online world only seems like an escape. It may be liberating to play as someone who looks completely different than you, is a different gender than you, and does things that you would never do. But we’re all roleplaying to some extent most of the time anyway; the online variety is just more explicit about it. So no matter how much you’d like to use a game to substitute for real life, it’s not going to work, because wherever you go, there you are. You can try to play a man when you’re really a woman, or play a woman when you’re really a man; that will never change the fact that the only person you can ever really play is yourself.

7 thoughts on “Gender in Recovery of an MMO Junkie”