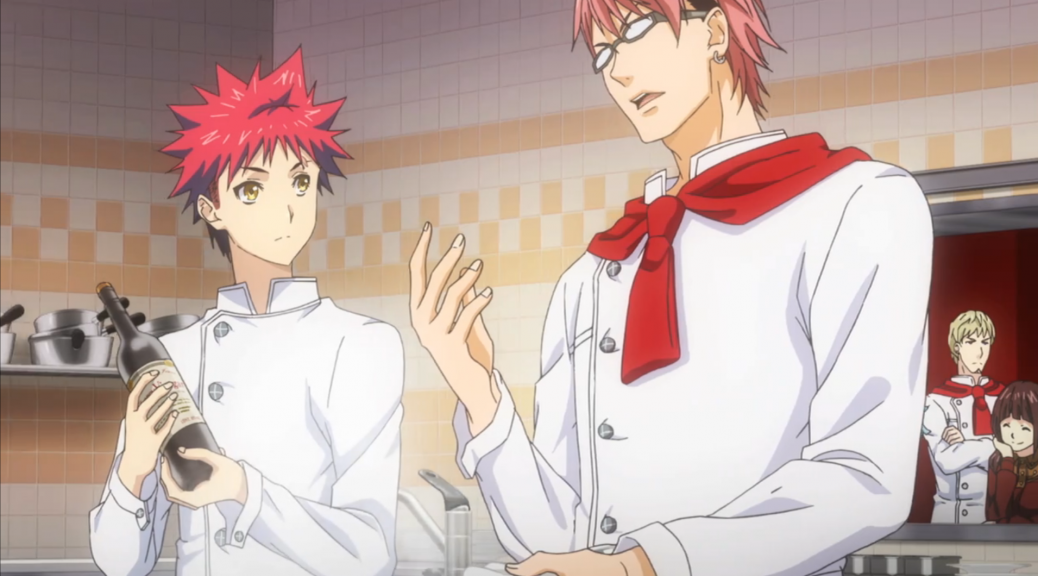 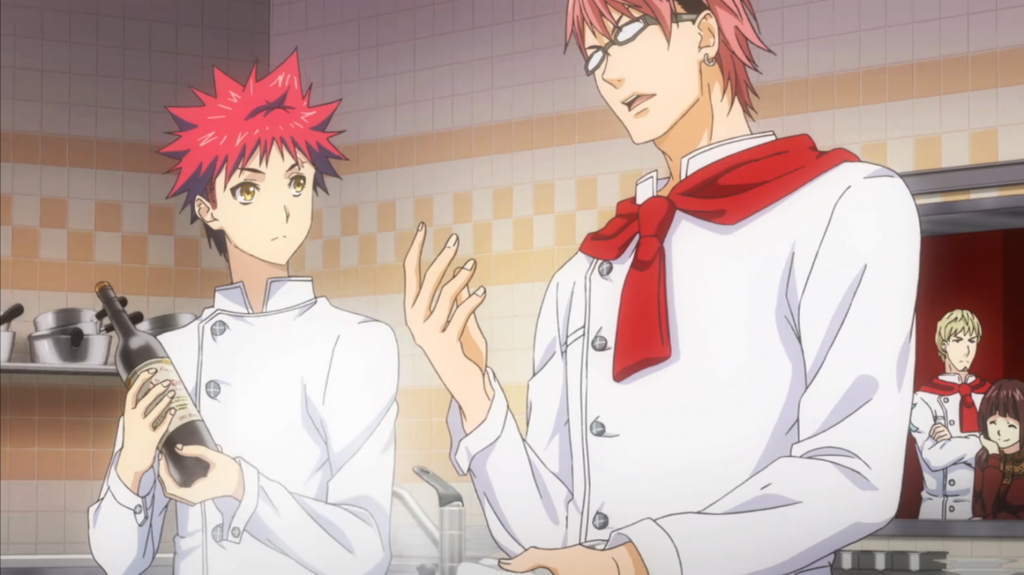 I was a bad girl and didn’t keep up with blogging Food Wars! episodically for most of the season. Part of this was because I discovered Chef’s Table on Netflix, and I was so enraptured by the most pretentious cooking documentary I had ever seen that my quota of food television was temporarily filled. I mean, how can poor Soma hope to compete with chefs who say things like “I won’t let my plating canvas be limited by the profit motive of plate manufacturers?” How can he compete with people who think that they are CHANGING THE WORLD with their approach to root vegetables? It’s just not fair.

However, since I did finish watching the cour, I felt I may as well do a bit of wrapping up here. On the whole, I enjoyed The Second Plate, but it had a few problems:

Of course, there were good things too. Erina has gone from a stone-cold bitch to a stone-cold bitch who likes shoujo manga; Megumi is gaining more and more confidence, even without Soma there to back her up; Soma has learned some humility, and even more importantly, realized that his family’s diner was never just a diner; The judges occasionally refrained from using the word “umami” 47 times when critiquing any one dish.

I don’t have much else to comment on though. I think Food Wars! is going to take its place next to UtaPri as one of those shows I always watch and enjoy, but don’t expect anything new and different from. That’s probably a weird thing to say, since I just pointed out that the Stagiaire arc was an example of the show branching out, but my gut tells me that was an anomaly; manga readers, feel free to butt in and tell me I’m wrong. I just feel like, for whatever reason, at one point I was really invested in the whole idea of shonen battles being fought with cooking instead of violence (not that that in and of itself is an new concept, but it is still somewhat unusual), and now I’m just kind of over it. I still like the show, but if they never made a new season ever again, I’d be okay with it.

Now I feel like I’m ending my coverage of the show with a downer, which is a shame because it really was an enjoyable season that I don’t regret watching in the slightest. I think I’m realizing I can be surprisingly fickle in terms of what concepts I’m into, though.