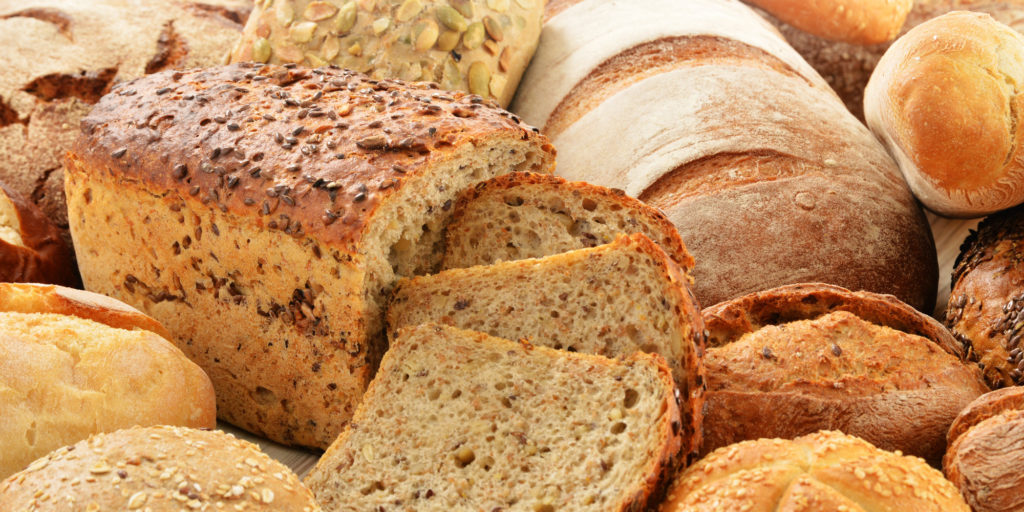 As the Spring 2016 anime season comes to a close, we’re left with little more than a gnawing sense of regret that we spent too much time watching anime when we could have been playing videogames instead. Out of all the shows I wasted time with when I should have been consuming Odin Sphere Leifthrasir in bed, Pan de Peace was the most disappointing. Here are just a few of the reasons why….

To be fair, this is the most disappointing thing about 99.9999% of all anime. Even Space Patrol Luluco suffered the fatal flaw of not being Polar Bear Cafe.

I went back and counted, and there were only 10 different breads featured in the show– and the only reason why the final tally is that high is because I counted “Melon Bread” and “Crispy Fluffy Melon Bread” as two distinct breads, which I was under no obligation to do. Now, maybe I’m old-fashioned, but I think a 13-episode bread anime should feature at least 13 different breads.

The show introduced warring bakeries Fuwa Fuyu and Guillame, yet at no point do the two engage in any kind of bread-based competition. As Anton Checkhov famously said “If you introduce two competing bakeries in the first act, there damned well better be a sourdough bake-off before the end of the cour.”

I mean, I wasn’t expecting full-on Yakitate!! Japan antics here (well okay maybe I was, but that’s because I’m a glass-half-full kind of person), but I don’t think a three-minute baking competition somewhere over the course of the show was really too much to ask for.

For a bread show with overt lesbian overtones that featured not one, but several bath/swimsuit scenes, the fact that they never did the inevitable joke where they compare everyone’s breasts to different types of bread represents nothing less than a complete ethical breach of contract with the audience. I can’t believe I sat through the whole show and I never got to hear anyone say that Fuyumi’s breasts were like luscious cinnamon buns and Noa’s were like cute little garlic knots.

…and no, that time when Minami hugged Fuyumi and said that her body was soft “like bread dough,” does not count; that is an entirely different joke, and if you watched as much bread anime as I have, you would know that.

Speaking of things that never happened, the show introduces the concept of French Bread being used as a weapon, and then does nothing with it. I think they mention it maybe once after Noa’s introduction, but they never have an actual battle with baguettes being used as lightsabers. Like…how do you do that? How do you, in good conscience, make an anime about bread that introduces bread lightsabers in episode 2, yet never does a bread lightsaber battle? Whatever made them think it was okay to dangle that in front of the audience and then take it away? What did we ever do to them?

6. They Never Told Us What It Means To Be a Bread Buddy

Sure, you could be forgiving and assume that ‘bread buddy’ just means “a chick I eat bread with.” However, I would have preferred a Death Note-style outline of the rules, so we could learn exactly what being a bread buddy entails. Like:

1. Eat bread together
2. Don’t talk about Bread Buddies (unless your mouth is full of bread).
3. If you see someone eating rice, rip it out of their mouth and replace it with French Bread.
4. If they persist in eating rice, impale them with your French Bread Lightsaber.
5. Be sure to say “I can’t even BREAD!” at least once a day.
6. Kiss a girl and like it.

See, I could ask you to be my Bread Buddy. But thanks to Pan de Peace‘s shoddy world-building efforts, I wouldn’t even know what I was asking for. I could end up in Fluffy Melon Bread heaven, or hanging upside down with a limited edition ciabatta sandwich stuck up my ass. That sounds dangerous.

Honestly I didn’t have a problem with this, but my husband insisted that if I was writing a list about the most disappointing aspects of Pan de Peace, this needed to be on it.

8. We Never Get To See Yuu’s Manga

It’s bad enough that, by law, each and every anime must have at least one manga artist among its cast. However, if you’re going to make someone a mangaka, let us see the goddamned manga. They do a whole episode ostensibly about Yuu and her manga, but we only get to see one shitty demon bear drawing(?) and never the actual manga. I’d like to think that Yuu’s manga is some kind of bread/magical girl hybrid, featuring a Noa-chan doppleganger who uses crumbs like magical fairy dust, but now I’ll never know.

9. The Last Episode Had A Recap Segment

They thought that they needed a recap in Episode 13, because we might not remember all the different breads they ate over the course of the show (which wasn’t that many, SEE ABOVE).

Think about it: Someone involved in the production of a 3-minute anime, including the opening, said “You know what we could use right now? A recap episode.”

10. Some Episodes Didn’t Even Have Bread In Them

Seriously what the fuck