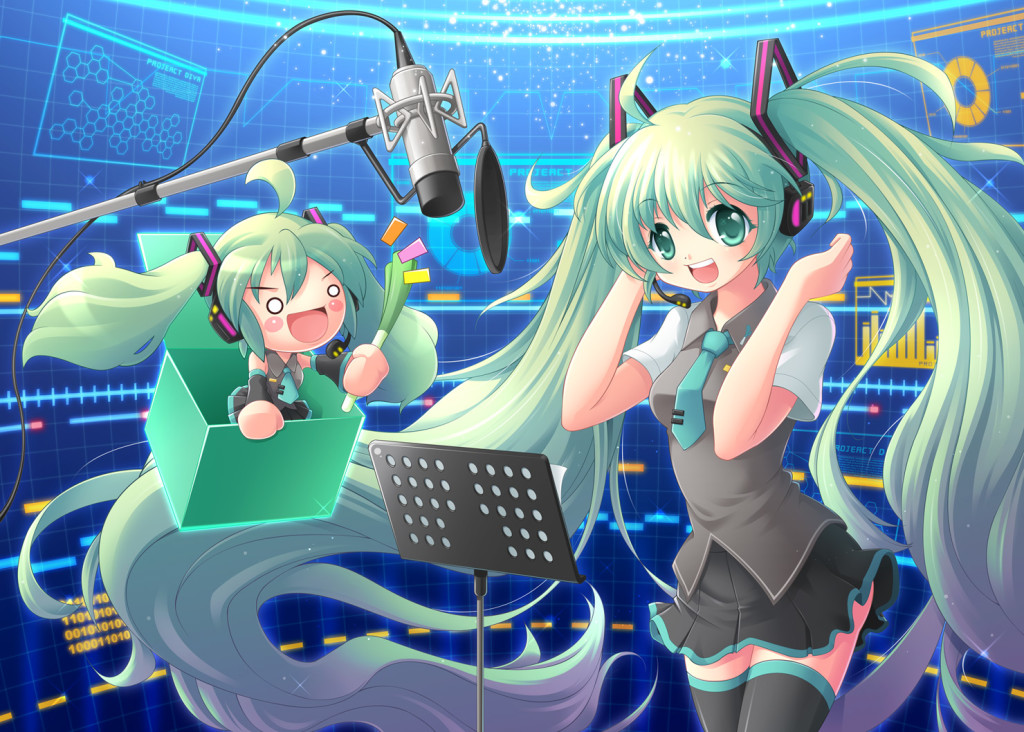 I love podcasts. I love hosting them and I love listening to them. I even sometimes love editing them, as much as that can be like pulling teeth if you have cohosts that love their “ums” and awkward pauses.

And yet, I haven’t been part of a podcast for quite a while. TimeForceAnubis & co. were gracious enough to have me on as a guest on NTR Radio sometime in early 2015, but I haven’t hosted my own show since a while before that. To make a long story short, I want to do that; I want to have my own otaku-themed podcast, free from any outside site affiliation or what have you. I have hosting, I have the software…in short, WE HAVE THE TECHNOLOGY. It can be done.

Still, I think the above may beg the question of why– if I love it so much– I haven’t started it already. When the second incarnation of the Japanator podcast ended in 2014, I felt like I didn’t have it in me to start another show from scratch. I really put a lot of myself into that show, and when it became clear that the site was going in a different direction and the podcast could not continue, I felt kind of exhausted. Now enough time has passed that I feel ready to try again, but naturally I have some concerns. Will I be successful this time? Will I be able to put together a show I’m really proud of, a show that will last more than a few dozen episodes?

I can’t know that, but here’s what I want to do: make a show that focuses on the whole world of otaku interests, not just anime (although anime will obviously be a staple.) I want to cover anime, JRPGs, manga, visual novels, light novels, figures, garage kits, cosplay, fanart, and so on. I know it won’t be possible to cover all of those topics in-depth, especially because my own knowledge of some of them is lacking, but I certainly want to give it a proper try. I’d also love to do interviews with professionals in those various industries, and people in the fandom who are doing interesting projects. It’s an ambitious slate, but to me, this is what a podcast for a website called “Otakusphere” should be.

What I don’t want: Excessive negativity. I know that really ripping into a bad show can be one of the perverse joys of being an anime fan, one I’ve partaken of myself (cough, VALVRAVE, cough), and the whole podcast wouldn’t have to be sunshine and flowers all the time. However, lately I find the tone of a lot of otaku fandom to be very petulant and sarcastic, and I’d like to stay away from that. I think it’s possible to be highly critical when appropriate without seemingly losing your enthusiasm for the material overall.

What I also don’t want: One of those meandering, 4-hour podcasts that are just a bunch of people chatting on Skype with no structure and no editing. Not that it can’t be done very well (and is, by many people), but I’m a bit old-school and prefer a radio-style podcast; just a weekly MP3 you can listen to on your computer, your commute, or wherever you want. In addition to the fact that this format shows more respect for the listeners’ time (in my opinion, anyway), this way I don’t have to worry about my face getting all fish-eyed in my cheap webcam.

In all honesty, I’m probably not going to be ready to start this for a little while yet. I’ve been largely off the internet during my pregnancy, and I need to re-acclimate to a lot of things that used to be second nature. Also, I’m not sure who’s going to cohost this splendiforous podcast with me, and as I learned from a short run of doing single-host podcasts, having other people to talk to is kind of important. If you’d be interested in co-hosting an Otakusphere podcast with me, feel free to leave a comment on this post saying why for consideration; bonus points if I know who you are, although that’s not strictly required:).

I don’t know; maybe it’s pointless to do a post about a podcast I’m not even starting just yet. But it’s been on my mind for a while, and I felt the need to get it off my chest. I’ve been trying to get back into watching anime regularly, but it’s been a bit of a drag, and I think I know why; watching’s just not as fun if I’m not podcasting about it.