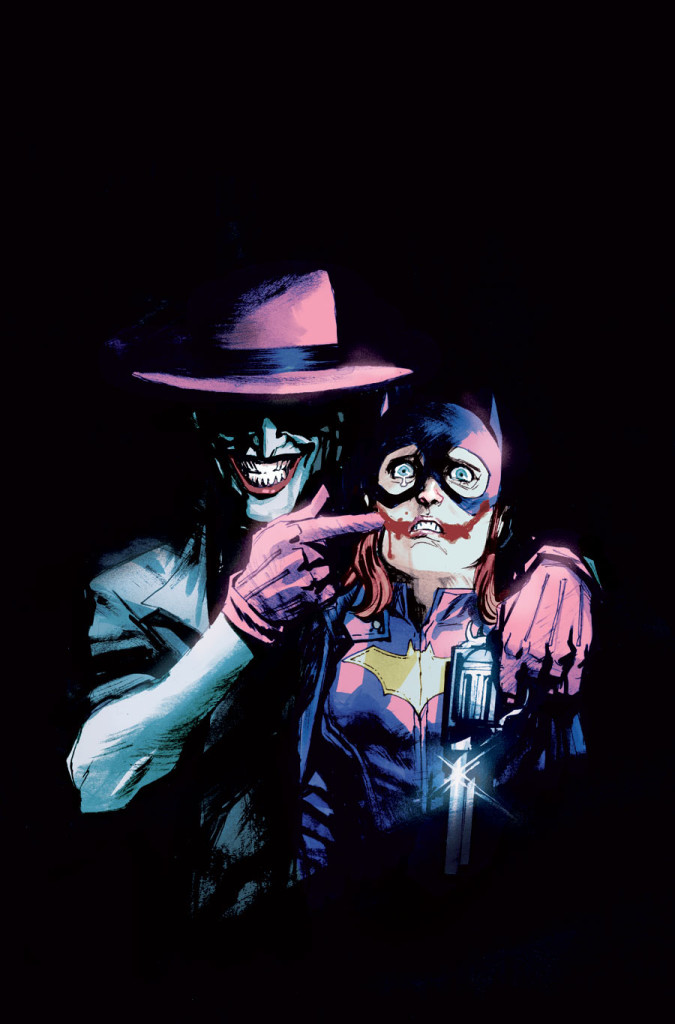 First, here’s the take on the situation from Cameron Stuart, current writer of the current incarnation of Batgirl: 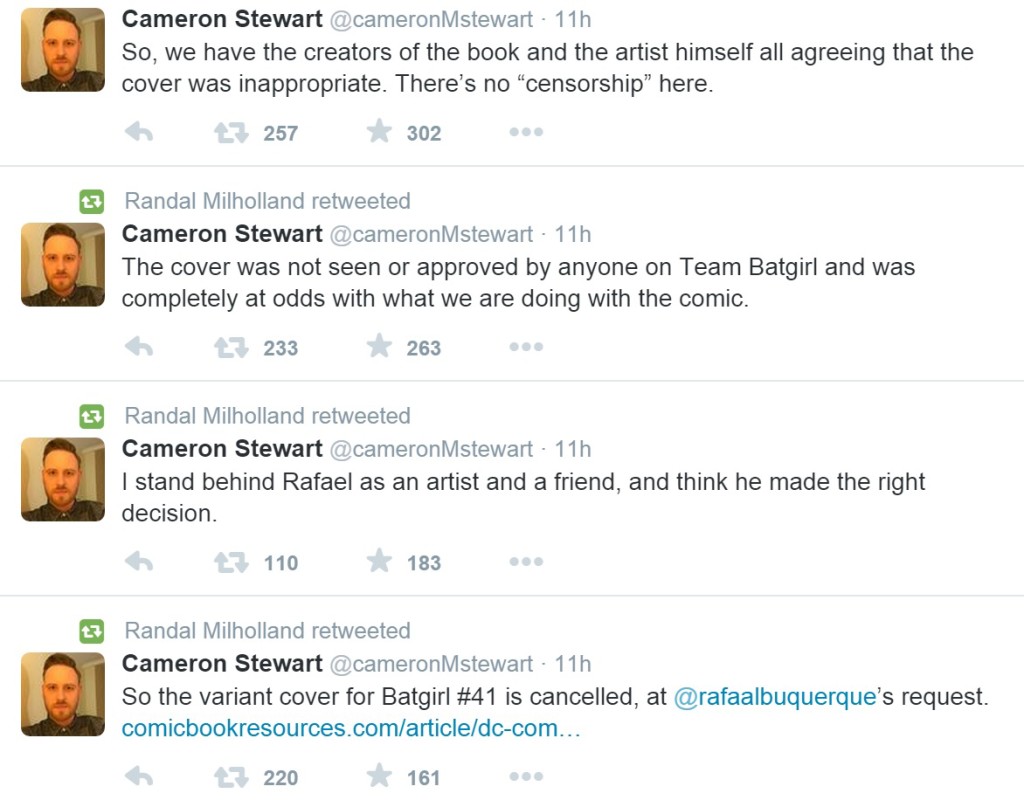 -If no one at Team Batgirl saw the cover before it was approved for publication by DC Comics, that’s an internal DC problem. If a conversation needed to happen about how the cover was inappropriate given the current direction of the comic book (and it sounds like it certainly did) that should have happened long before the cover image was available for preview by the public. It is not the fault of the readers that DC does not vet content with its creative teams before the artwork goes public.

-If Albuquerque had requested the cover pulled BEFORE the internet outcry,  that would be one thing. But here’s what happened, as plainly as possible: the cover image became available online; people said “I’m offended by this cover”; Albuquerque said “I’m sorry to cause offense” and had it pulled.

So being pressured by an online outrage wave to self-censor doesn’t count as censorship? Really? Come on.

My view is this: if the entire thing had taken place in-house, with any member of the DC team saying “I’m not comfortable with this cover,” and canning it for that reason, that’s fine; that’s part of the editorial process, or at least it should be. But that did not happen here.

Now here’s the really weird thing: unlike a lot of people on the “Don’t Censor!” side of this issue, I’m entirely sympathetic to those who feel that the cover was an inappropriate choice. If Batgirl is supposed to be a fairly light-hearted title for younger readers these days, a frightening image of the Joker holding a gun to an absolutely terrified Batgirl’s head (err, basically) is just too dark. Just don’t try to tell me it isn’t censorship based on how this situation played out. The Joker is a character with a long history and many fans, and for a lot of people, the cover was a welcome homage to one of the most beloved, critically acclaimed Batman stories of all time, The Killing Joke. Even people who aren’t interested in the current run of Batgirl would have purchased that cover as part of their larger Batman/Joker collections, and now they can’t do that.

Besides, isn’t it the purpose of variant covers to be “off-brand”?  To step outside a title’s regular style, partially for the mercenary reason of giving people an excuse to buy multiple copies of the same issue, but also to draw in other fans from outside the title’s regular readership? I admit, I haven’t been a regular comic reader in decades (I jumped ship to manga a long time ago), but if comics are still anything like they were back in the ’90s, that’s the concept behind variant covers. I remember picking up covers that looked absolutely nothing like a title’s regular style, and that was to be expected; if you didn’t like it, you bought the plain, standard-release cover.

Of course, there are practical limits to that; just because a variant cover is supposed to be different doesn’t mean it’s supposed to be different to the point of making it completely unpalatable to its intended audience. For all the X-Men variant covers I bought, I’m pretty sure I never got one where Wolverine was being anally probed by Omega Red, for example. And there’s definitely a strong argument to be made that the Batgirl variant cover was in that category; too extreme, given the title it was meant to accompany, regardless of its relevance to the greater DC comics canon.

The thing is, it doesn’t matter. The cover was probably the wrong choice for Batgirl; pulling it after an extensive online campaign to get it pulled was still censorship. The sole contribution I would like to make to this discussion is to point out that these things are not mutually exclusive, and pretending they are does not absolve anyone of censoring art due to political pressure.

Or TLDR: Maybe DC comics should vet their fucking covers in-house before the internet gets involved and the whole thing becomes a ridiculous political clusterfuck and they have to start redefining what “Censorship” is.