Lately, I’ve noticed that the words “sexist” and “misogynist” seem to be used interchangeably quite a bit, and it got me thinking about how the two terms are different and why that might matter. Now, the pedantic thing to do would be to post definitions of the two words and go from there, but can we all just accept that language changes with usage and dictionaries are imperfect? We can? Excellent.

The specific inspiration for this train of thought came from a serious of recent tweets deriding the anime Sword Art Online as misogynistic, among many other bad things (but mostly misogynistic.) Now, I’ve defended SAO more than once, not because I don’t think the show has flaws — hells yeah, it does — but because I feel like the criticisms directed at it are often loaded and unfair. But this isn’t really about SAO; I’ve made my feelings on the show clear, for better or for worse. It’s about what misogynist is supposed to mean in this context. Do they think that the show was written by people who hate women, or actually promotes a hatred of women? Should that even matter?

END_OF_DOCUMENT_TOKEN_TO_BE_REPLACED 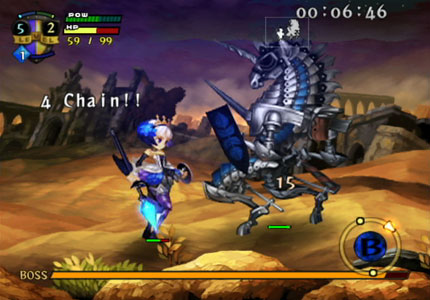 Last week, I read Laura Hudson’s The Videogame that Finally Made Me Feel Like a Human Being. Though no doubt a honest and heartfelt piece, I find I have difficulty relating to where Hudson is coming from when she talks of a world of gaming that is overwhelmingly hostile to women, because that just hasn’t been my experience. Considering how common these articles about how unpleasant it is to be a woman in gaming are lately,  I thought maybe it was time for me to share an alternate perspective.

Before I begin: nothing I say here is meant to refute the fact that sexism exists and causes problems. It is an account of how I came to be a female who plays games– and a fairly sensitive and analytical one at that– who doesn’t feel like the entire medium is dehumanizing.