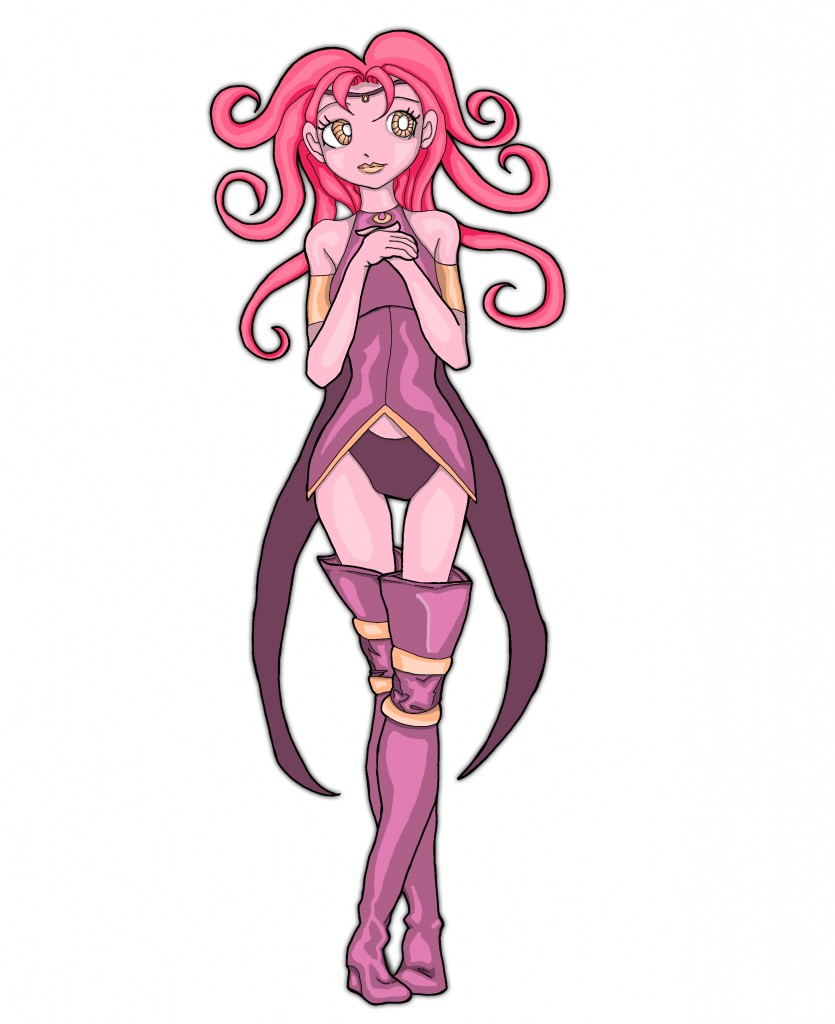 I know I really shouldn’t be tagging things as “Sketchblog” when they aren’t really sketches, but meh– tagging them “Finished Colored Character Designblog” would sound stupid, so we’ll all just have to make do.

This gal started out as a doodle in a graph paper notebook that I really liked, and for some reason her design just screamed “pink!” to me, so I colored her in a range of pinks and purples. At first I tried making the boots the same yellow that I used for the trim and some of the accessories and it looked awful– I don’t know what it is about yellow, but it’s a color that doesn’t seem to play well with others. I’m not sure if these are going to be her final colors, but at least this is basically what I had in mind for her palette.

Right now, I think she could be a good friend for Riorla— Strip Search Home Edition has caused me to dust off some of my comic ideas and look at them in a new light, and while I’m not sure if I’m going to end up using Maylee in a comic, she’s still a lot of fun to draw. Her hair’s got a Medusa–thing going on; it looked much more like tentacles in the rough sketch, but I toned that down here…because pink tentacles just look so WRONG. Not that it can’t be done well, I guess? Maybe? Color beguiles me.