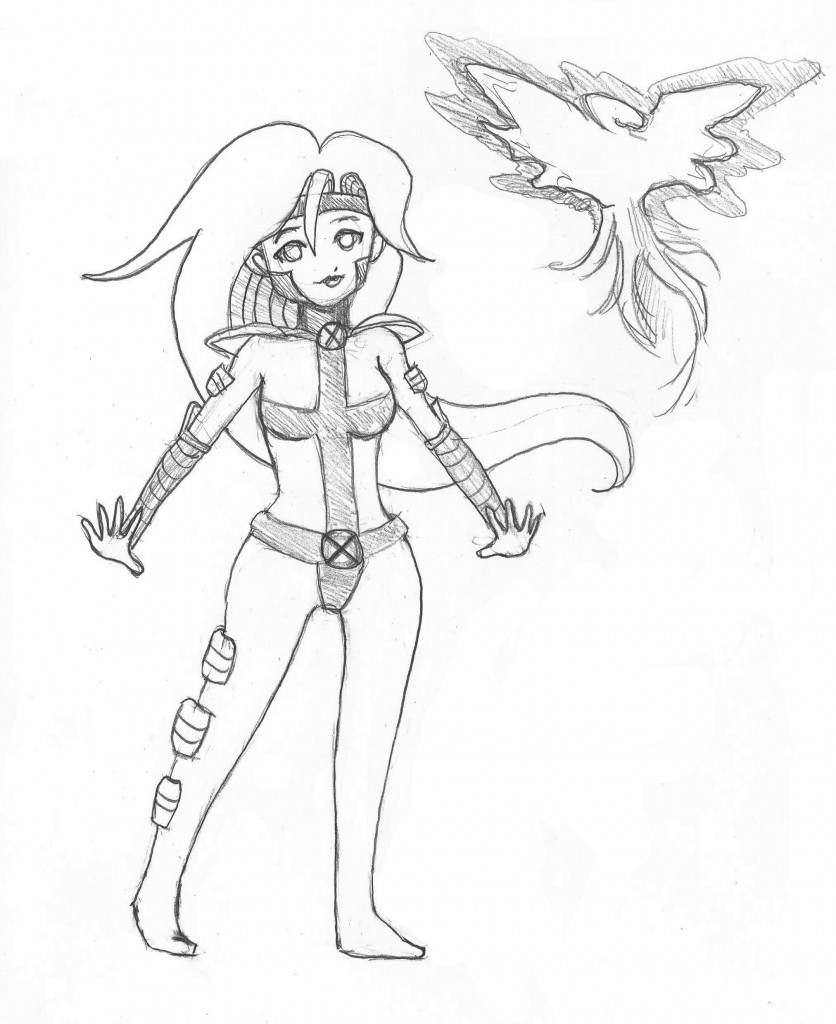 However, if you are not that into the cartoony-ness and would rather see some over-rendered nonsense, click through for a sketch I don’t like as much! There are also boobs. 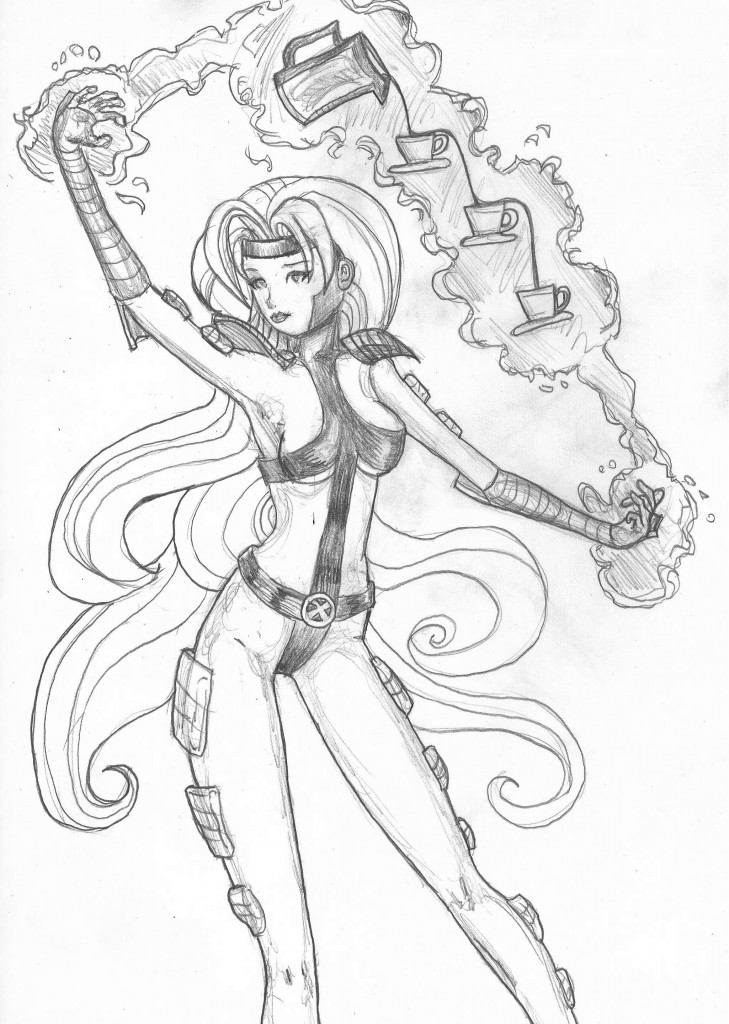 In years past, I would have redrawn aspects of this 100 times to try to get them looking better, but this time I just decided to go with it and actually finish a sketch instead of correcting it to death. That might sound like lowering my standards, but I don’t think so: I used to rework sketches to death to try to “fix” them and half the time I ended up with something worse than what I started with. At least if I commit to the initial drawing, flaws and all, at least it’s a finished sketch I can learn from and move on.

All that said, I don’t think this is a horrible sketch, it just didn’t come out the way I was hoping. The challenge with Jean Grey, for me anyway, is that you want to show her actually doing something with telekinesis, and it doesn’t make sense for her to be lifting trucks with her mind all the time (although, come to think of it, I totally should have tried drawing that.) I like the idea of her using her telekinesis to pour multiple cups of coffee, because that’s something I would do if I had that superpower.

The thing is, would you trust a cup of coffee poured by Jean Grey? It could be Phoenix Coffee…SPACE coffee. There could be entire tiny universes inside those cups, and that’s before you even add half-and-half. It’s a risky proposition.

Speaking of Jean, is she still dead in the Marvel Universe? I can’t keep track anymore.