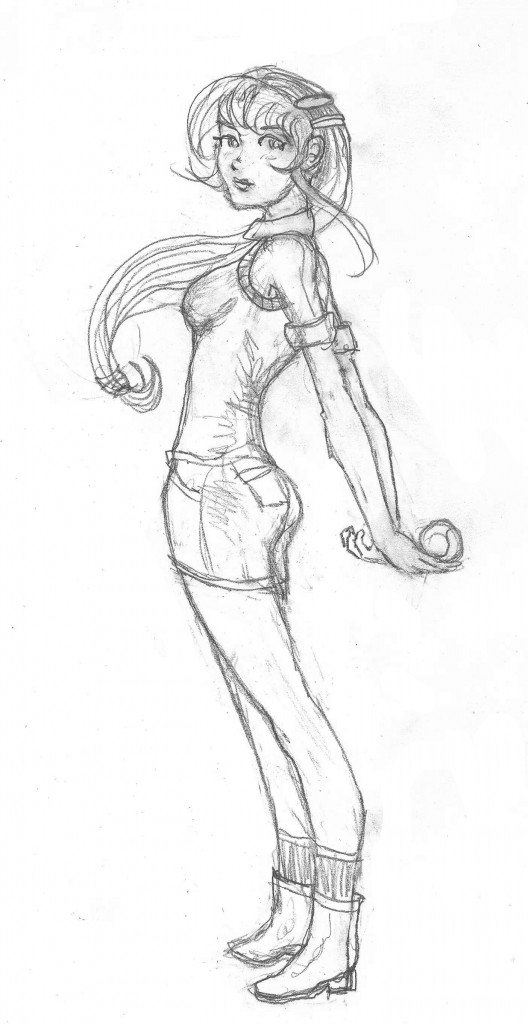 Another sketch in my “trying to figure out how I want to draw for serious” series. Why she’s playing softball in boots, I really couldn’t tell you. I had a certain pose in mind that I wanted to draw and maybe half-succeeded. I’m going to pay special attention to how people are standing from now on, because portraying accurate weight distribution is hard.

One thing I want to make a note of is that when you’re doing this– drawing a series of sketches and posting them online– it’s easy to get “sketchbook anxiety,” or the feeling that everything you do is being watched, stifling your creativity before it even gets started. I’m trying to combat this by only posting around 5% of what I actually draw here, so I have the knowledge that most of what goes in my sketchbooks doesn’t need to be seen by anyone. I guess I need a comfortable margin of suck, you see.

Also, this sketch started out as Aeka from Sterling, then I kind of went away from that and gave her different hair/features, but she still looks like her. So I guess it’s Aeka’s long-lost cousin, Baeka. She likes to play ball. In boots. I think it’s safe to say she’s the black sheep of the family.