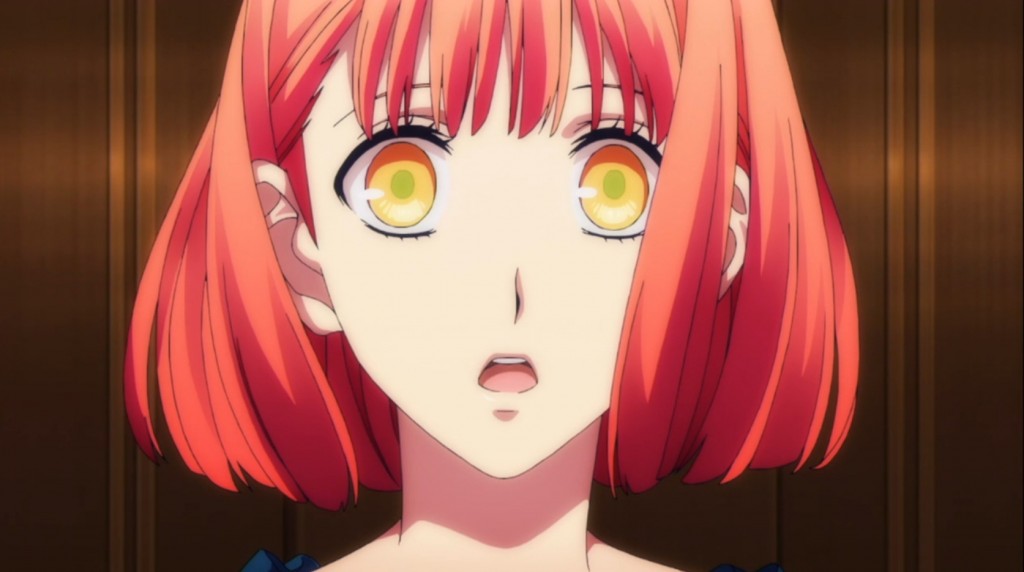 Haruka is back with her freaky yellow demon eyes, and just like with the first season, it distracted me from the proceedings so much that I had to make up my own show-within-a-show to justify it. 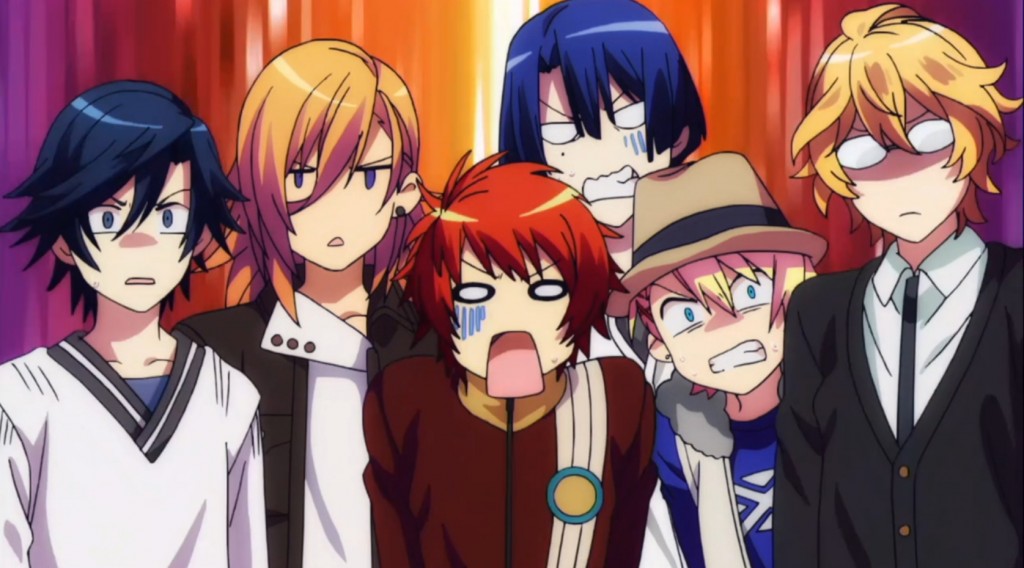 Alternate Title Suggestions: I Can’t Believe My Boy Band Is This Co-Dependent; Just As I Expected, My Cat Is Now My Lover

Haruka, innocent little composer and possessor of the Freaky Demon Eyes Of Sin (see below), graduated from special music high school, only to be enrolled in some kind of post-high-school program for budding pop stars and songwriters. She’s enrolled with the six men in the boy-band she helped assemble, STARISH. I kept hoping it was actually called STARFISH, because at least that would make sense, but no: it’s STARISH.

Things look like they’re going to plan for STARISH and its composer, until Cecil– the man from Haruka’s dreams (literally), appears out of thin air and joins the program as an aspiring pop singer. Now I’m wishing I’d sat through the first season of Uta Pri, because the implication is that Cecil was a cat who magically became human. How did that happen? There are usually prereqs for that sort of thing.

More importantly, Cecil makes his intentions re:Haruka known immediately, so all the other guys, who have been treading that “I really like her but I’m too full of pride to, you know, talk to her about it or anything,” line have now had giant fires lit under their asses to make their feelings known to our heroine before the ballad-crooning-cat-turned-singer sweeps her away. And for some reason, all the guys start playing Karuta, except that game has absolutely nothing to do with being a singer and came completely out of nowhere. The second episode was hella random, honestly.

But let’s get down to what’s really important: Haruka, and the fact that she’s obviously a succubus, or some other form of cursed abomination. Because look: 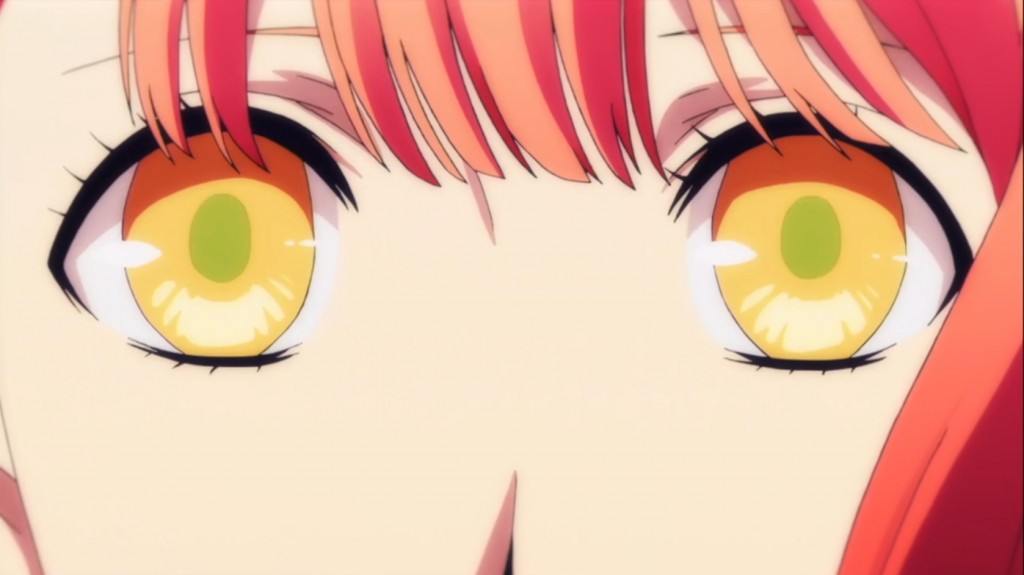 Who the hell has eyes like that? Who? Who? The daughter of SATAN, that’s who.

Here’s the sitch: until proven otherwise, I am going to assume that Haruka is an evil vampire or Lich Lord sent from the bowels of hell to seduce all the menfolk, then snack on their entrails while they sleep. She will then rip out their voiceboxes and wear them as a necklace. When that is done, she will write and perform the JPop hit that summons The Beast.

I hope you’ll all join me for UtaPri: You Can(not) Sing, the apocalyptic anime event of the season. Lord knows, it should make watching the actual show exponentially more entertaining.