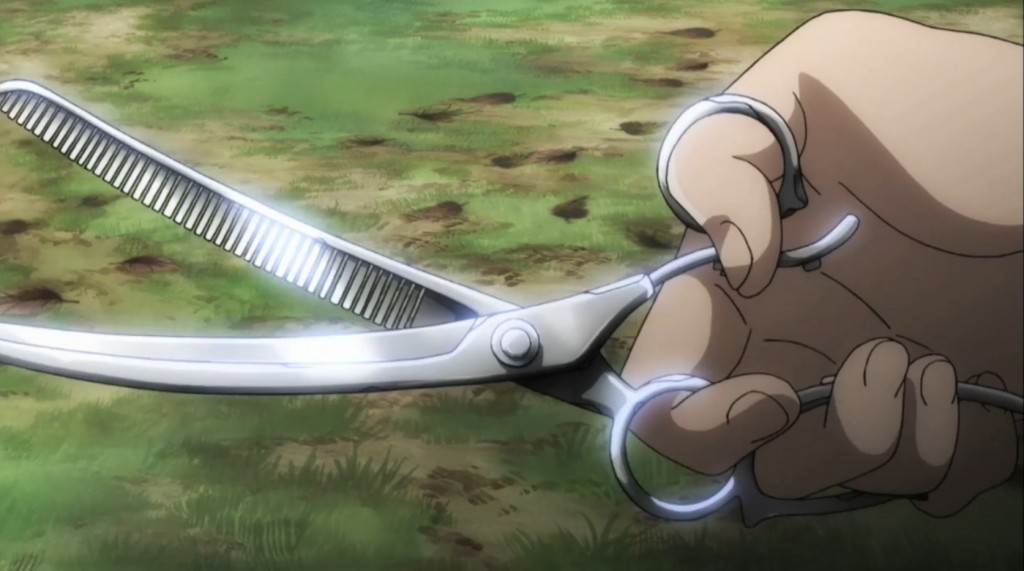 What happens when a boy with a fetish for cutting women’s hair meets a girl with long hair that can’t be cut? Not a whole hell of a lot. 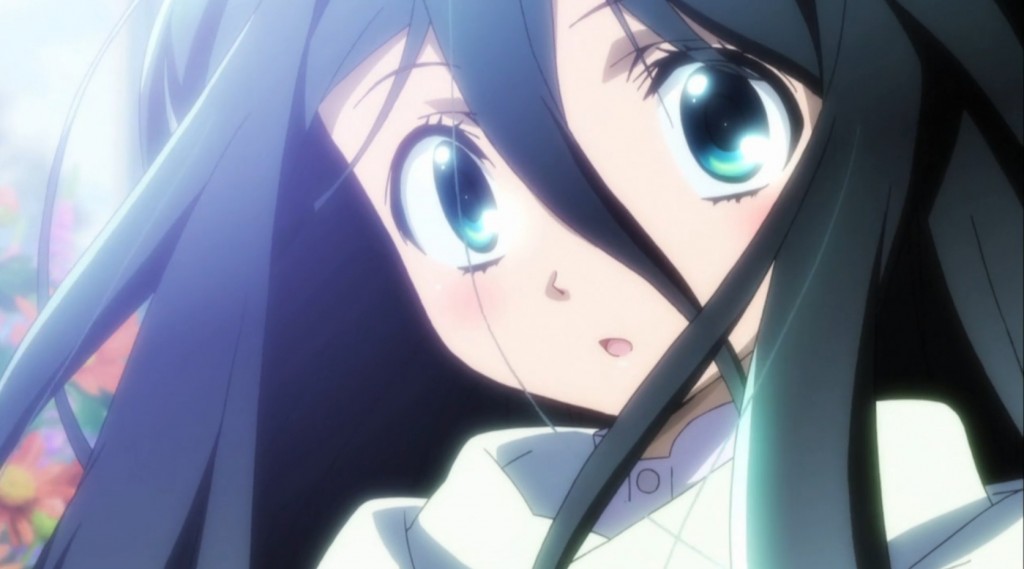 Even though the two have almost nothing in common, this show reminds me of Armed Librarians from a few years back; it’s that sense that the creators wanted to make something dark, morbid and sophisticated, but are so inept at it that the result is tepid self-parody.

Kiri (his name means “cut,” see? SEE?) is obsessed with cutting people’s hair, to the point that it’s become an all-consuming obsession. His opening monologue, where he talks about wanting to cut the heroine’s long hair at any cost, makes him sound like a rapist, and it’s probably intentional. The sexual metaphor continues for the whole episode (and probably the series, I would imagine) but it’s pretty dull, really.

I mean, in theory, there are interesting things you could do with that, using hair as a device to explore sexual themes in a way you would have difficulty doing outright. But nothing that complex is going on; for Kiri and Iwai, the sweet girl with cursed hair that can’t be cut, hair=sex and it’s that simple. When he finally cuts her hair towards the end of the episode, the implication is that it’s like her losing her virginity (although the two of them have a round of pillow talk before he cuts her hair, not after, so they’ve got the chronology all wrong.) 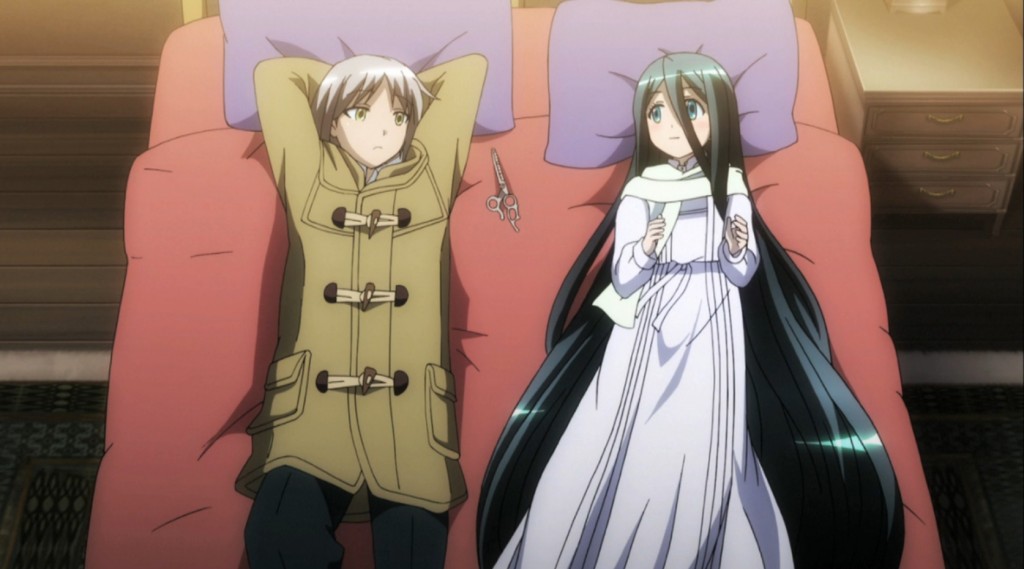 Want to get busy? Nah, let’s just talk about a pair of scissors. Those are some pretty bitchin’ scissors you have there.

You could be put off by the fact that the main character is a hair-obsessed creep, but that’s not even the real problem with the show; there’s just very little to hold your interest. There’s something about Kiri’s ancestor being a murderer, which might explain a bit of why he’s so screwed up, and Iwai’s “guardians” may or may not be murderers who inherited their murdering ways from their own murdering bastard ancestors, but there’s just no reason to care. For all it’s faults, at least the first episode presents a coherent, complete story (girl with hair that can’t be cut meets boy with cursed murder weapon= hair is cut), and there’s little reason to anticipate the next episode. I guess you could be waiting on pins and needles to see if Iwai’s hair grows back, but that’s not my scene.

For the record, I didn’t hate this show, or even find it distasteful, I just found nothing in particular to like. It could be a whole lot worse than it is, but when the best you can say about a show is that it didn’t actively make you dislike it, that’s not really a recommendation. Avoiding unless I hear good things later on. 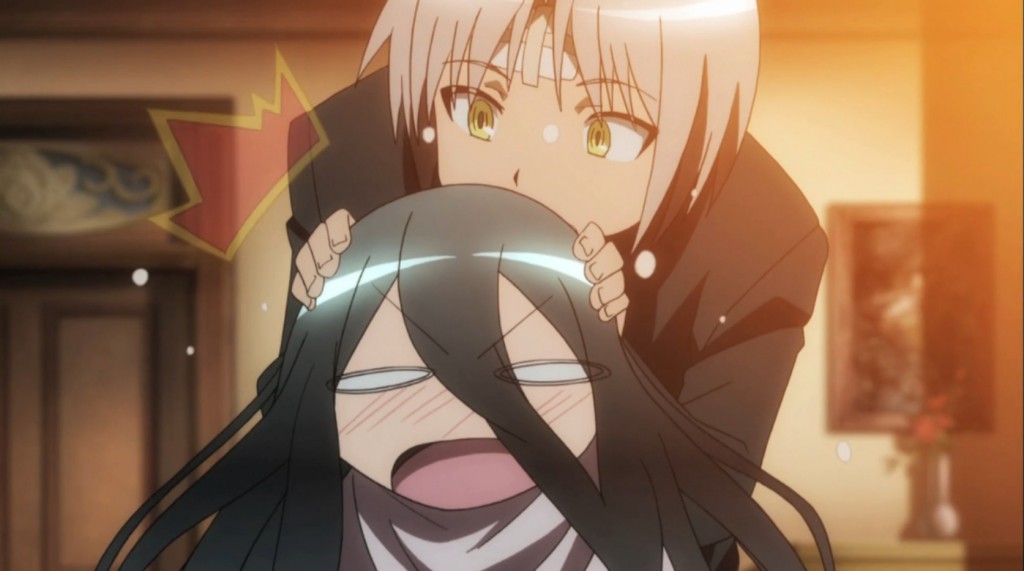 Of course, if YOU have a hair fetish, what are you waiting for? It’s nonstop hair-fondling and hair -sniffing, folks! Just stay away from me.