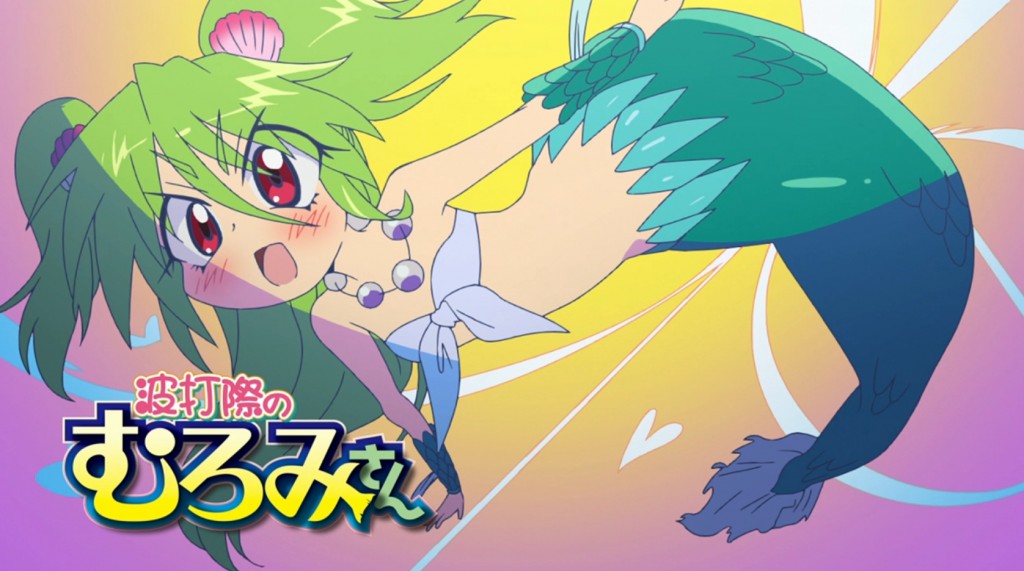 A boy is busy fishing in the ocean when he hooks a flirty, green-haired mermaid instead of your standard trout or cod. He continues fishing. As you do. 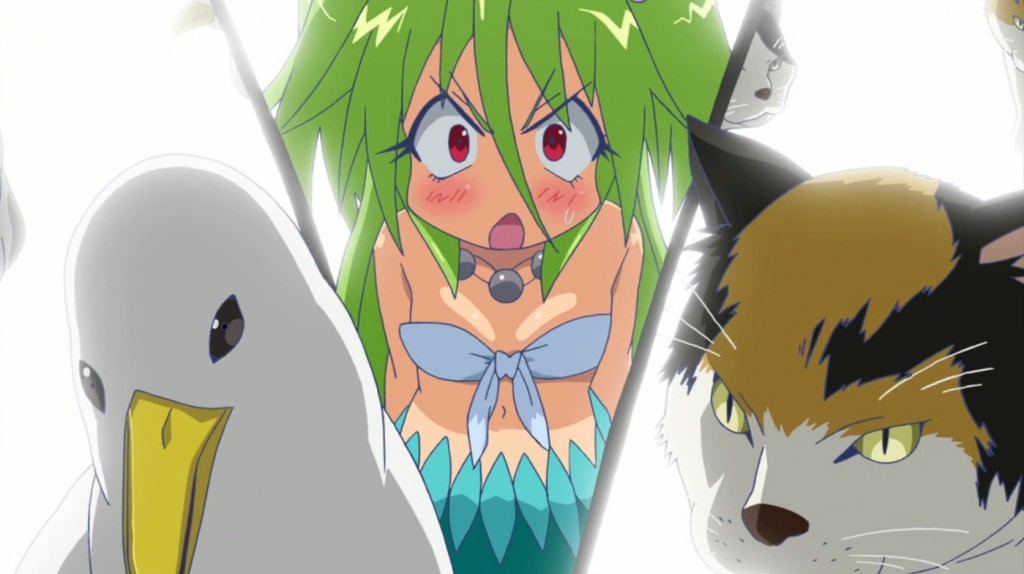 No. of Episodes Aired:1

Alternate Title Suggestions: Be Careful What You Fish For, I Can’t Believe My Mermaid Is This Not Moe, Your Fanservice Is In Another Ocean

Disclaimer: I love mermaids. I was obsessed with Disney’s The Little Mermaid as a kid, and spent entire summers underwater, holding my breath and hoping the day would come when I suddenly could breath water through my skin. I’m already biased in favor of anything that features mermaids.

That allowed, I think my positive feelings toward Muromi-san aren’t entirely due to personal quirks. It’s a short comedy, but instead of being one of those anemic, three minute shows I usually fail to see the point of, it’s a much sturdier ten minutes– short enough that it doesn’t drag a thin premise too far, but long enough that the characters have some room to breathe. 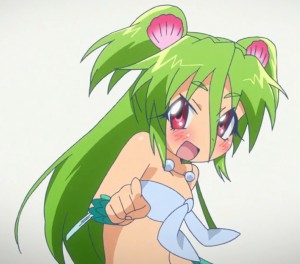 Probably the most important thing to note is that they seem to be going for comedy over fanservice or the moe factor. With her insane Lina Inverse-esque eyes and strange proportions, Muromi-san herself obviously wasn’t designed to be a KyoAni-esque dream girl; she’s more cute in an awkward way than anything else. I don’t know if I like her design that much (maybe it will grow on me), but it’s refreshing to see female characters that are allowed to be funny looking, if that makes any sense.

I didn’t find it laugh-out-loud funny, but I liked how the show used some more subtle humor in contrast with its sillier jokes. To me, the fact that Takkun catches a mermaid with his fishing pole, then nonchalantly continues fishing while chatting with her, is adorable.

For obvious reasons, it reminds me a lot of Squid Girl, with all the fish out of water humor– and I’m not even going to dignify that with a “no pun intended!” Like, we are talking a literal fish out of the literal water here, so there’s no pun whatsoever. In fact, it may be too similar to Squid Girl for some, but hey, there are much worse shows to emulate.

It seems like there may even be a plot. Something is definitely up with Muromi-san’s tail (Takkun calls it “messed-up” and she doesn’t protest), and according to the opening, she’s going to help save the earth from a meteor strike. Granted, there’s a 99 percent chance the opening is a shameless liar, but I’m pretty sure someone will be saved from something at some point– like, there will probably be more action than ‘Muromi-san tries to eat a sandwich and fails.'”

Although, if it turns out there is no plot, and it’s just (not so) cute mermaids doing cute things and the show sucks from here on out, it’s not my fault: I spent way too much time holding my breath at the bottom of the pool during my formative years, what do you want from me? 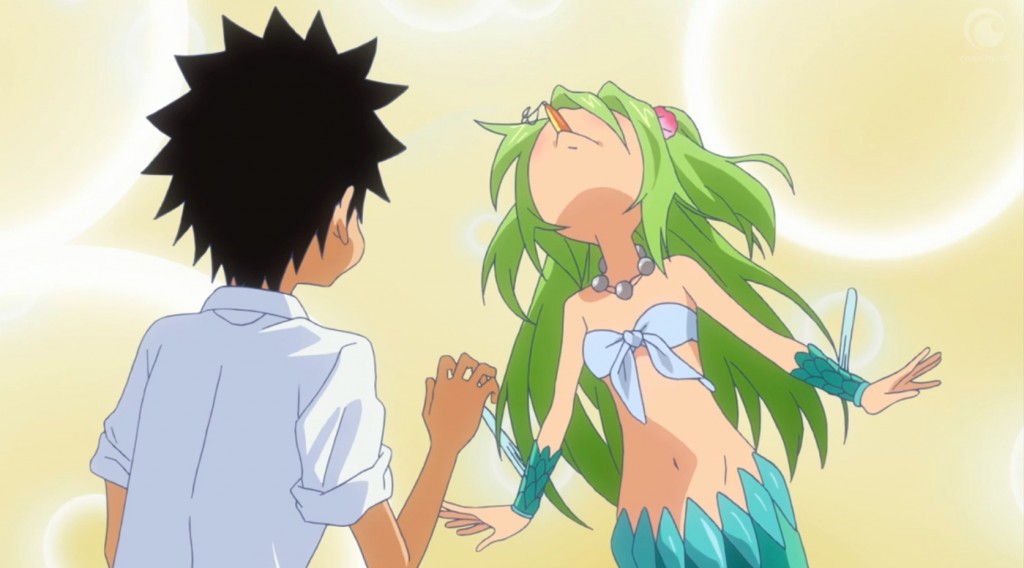