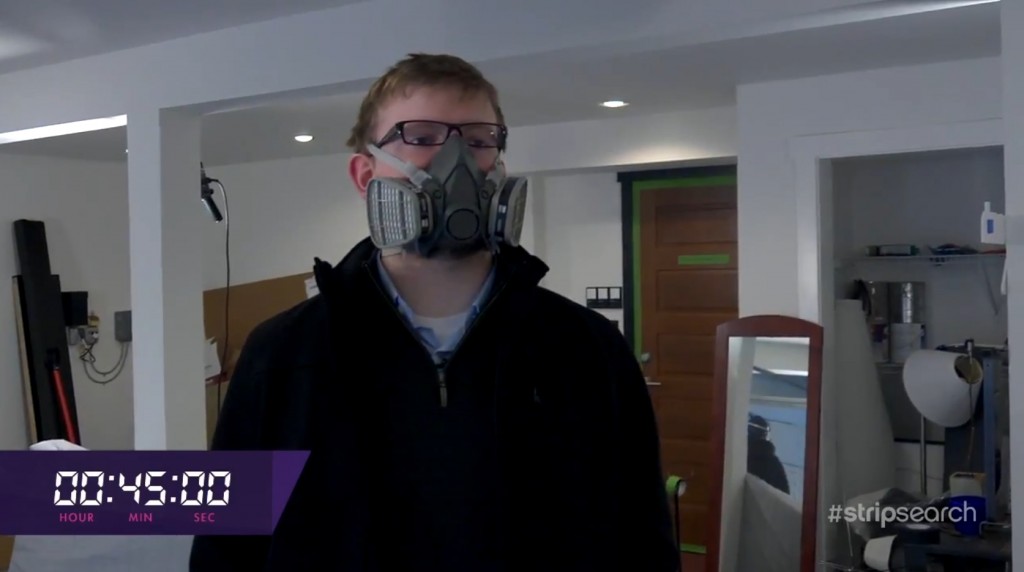 I hope Graham occasionally dons the gas mask when he introduces challenges throughout the rest of the show. I mean, they already bought the things, may as well get their money’s worth.

In Strip Search 11, the kids get to spray paint the walls of someone’s garage, and for a minute there I thought someone was definitely going to end up going to the hospital for inhaling paint fumes, but the team wisely provided gas masks for all.

That’s totally something that would have happened on America’s Greatest Otaku, though. 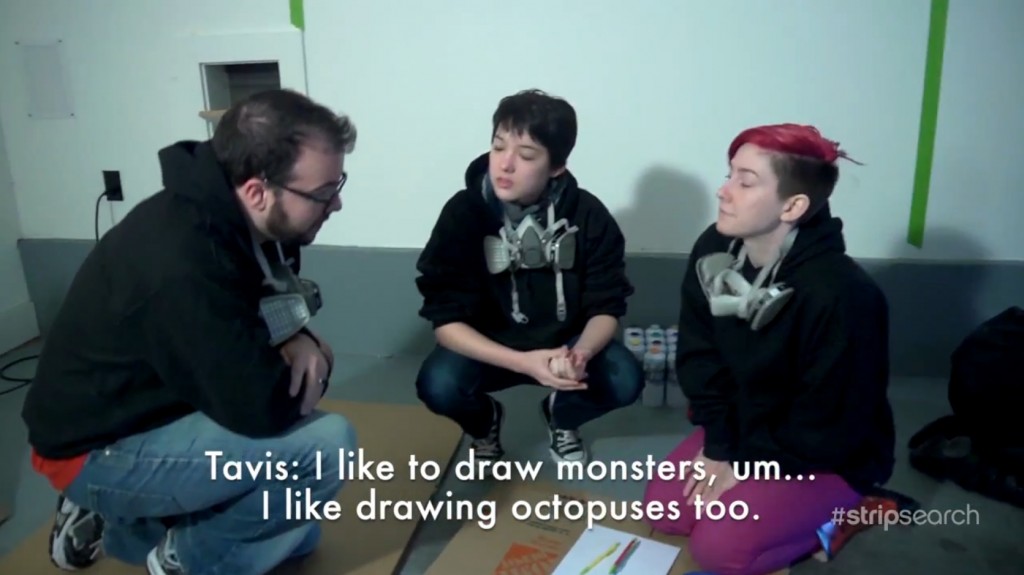 For the last time, can I just reiterate how gosh-darned nice everyone on this show is? Everyone in this episode was so busy giving each other proper credit and respecting one another as people that it’s throwing off my Reality TV DBag-Sensor calibration. A few more episodes of the Strippers being absolutely delightful and I’ll end up throwing things at my screen the next time some jerk starts talking about the superiority of their “flavor profiles” on Top Chef.

The remaining nine contestants are driven to a mysterious location with a large, empty garage they can decorate with grafitti. I’m honestly curious where they got the venue; the Strip Search house is rented, but I’m pretty sure you can’t decorate a rented property with art of giant bearded pineapples, so chances are someone at PA headquarters owns this. But what actual person has a house with a garage that clean?

Anyway, Team Katie/Maki/Mac keeps it simple by painting a bearded pineapple man, who either accidentally or on purpose looks like Maki. It’s about 75% adorable and 25% deeply disturbing. 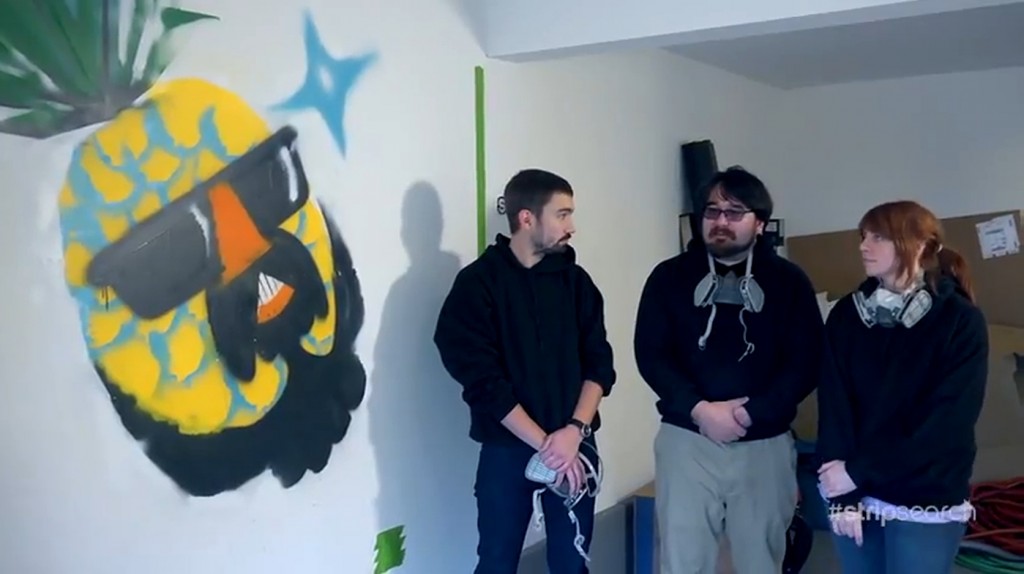 Team Erica/Tavis/Monica starts out with a good idea, then gets freaked out by how hard spray paint is to work with and overcompensates by adding a ridiculous amount of unnecessary detail to the design. It’s slightly painful to watch them ruin their own work, but I can totally relate, because that’s exactly what I would do if I were competing. 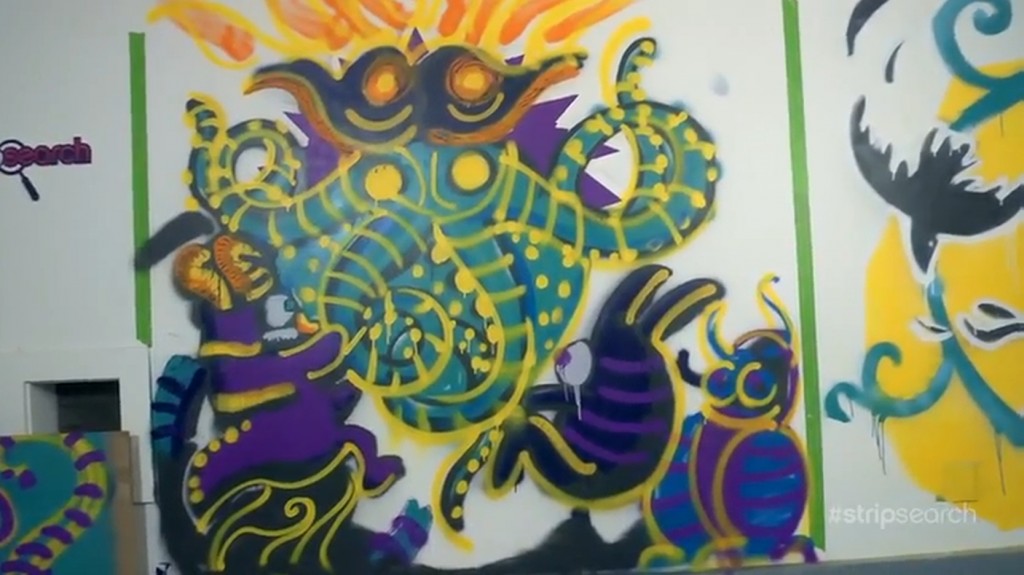 Team Abby/Amy/Nick also keeps it simple and has a great idea, but perhaps falls a bit short in the execution; once I figured out what their design was I loved it, but I kind of had to turn my head sideways and squint a bit before I realized what they were going for. Whether I wasn’t paying enough attention or the design just didn’t pop, I can’t say. 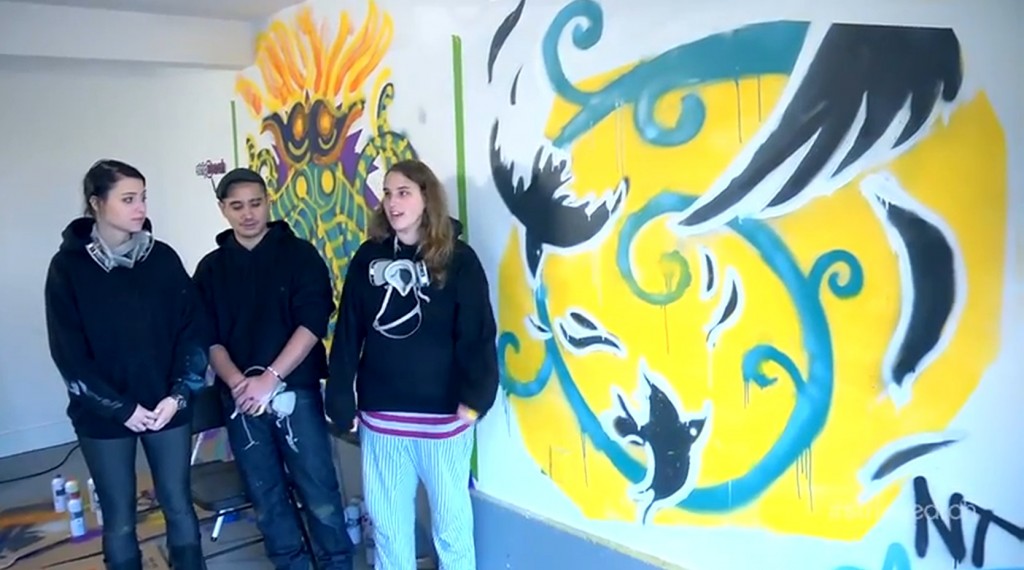 In other news, Amy is still the only one even remotely trying to play this like a regular reality show, working so hard to “fly under the radar” that she downplays her own role on her team when she discusses their piece with the judges. I’m honestly a bit confused by this; whenever I’ve watched reality shows (and I’ve watched more than I should probably admit), the schemers never seem to win, making me wonder why anyone bothers. The scheming competitor will make it maybe one or two rounds further than they otherwise would have, whereas the person who has no interest in gaming the system and just does whatever they’re supposed to do ends up with the victory, every single time. Some people are annoyed by contestants that seem to be playing “the game”, and I know Amy has garnered that reaction from some viewers, but I’m just baffled: what’s the point? It never works.

It especially doesn’t work on Hell’s Kitchen, the show that Strip Search takes direct inspiration from because it’s Mike’s favorite reality show. Every time some bright light tries to pull off some kind of strategy on that show, Gordon Ramsey sees right through it and then eliminates whoever actually deserves to be sent home. What reality shows are people watching that ever reward devious behavior? There must be some reason contestants continue to think this is a good idea.

All that said I like Amy; I checked out her comics, and while a few of them get into the kind of woe-is-me navel gazing that plague journal comics in general, some of them are really clever and quite charming. I’m not surprised to be enjoying the show, but I am kind of surprised to find myself becoming a fan of some of the artists; for some reason, I wasn’t expecting that.

Speaking of people I like, Erika’s interview segments are the best: totally self-deprecating, but in a way that you can tell she’s having a blast on the show. It’s going to be confusing if she wins though, because then there will be two Erikas at PA and something will need to be done about it.

I know, I know: call them Erika East and Erika Prime. 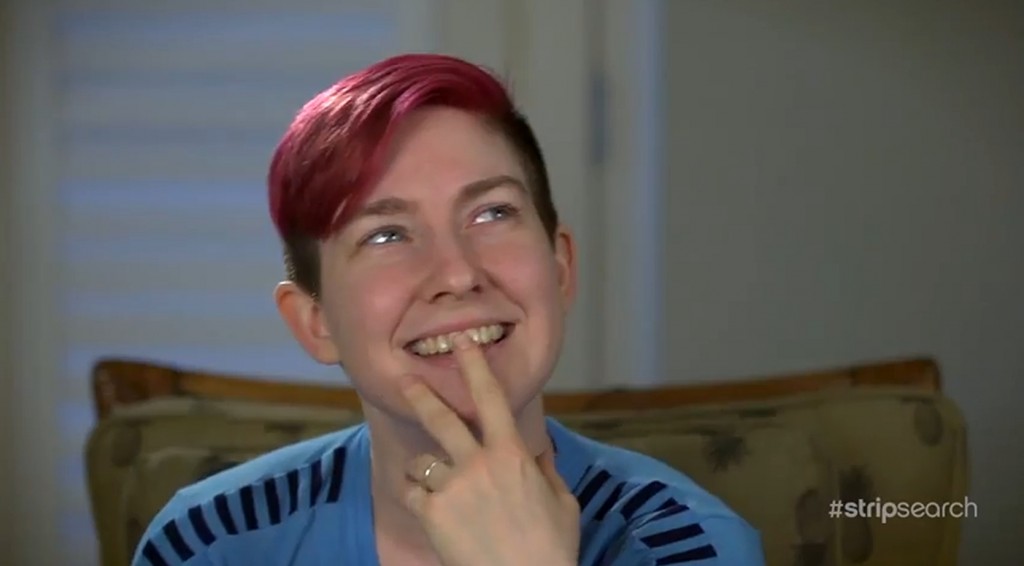 Am I Team Erika or Team Katie now? Or maybe Team Maki, because he’s really a pineapple in disguise? Or maybe Team Tangent? STOP BEING SO CHARMING EVERYONE!!

In the next episode, it looks like the Strippers are going to have to do a more traditional, comic-style drawing challenge, and hopefully someone will reveal their inner delusional sociopath so this show can have a proper villain.